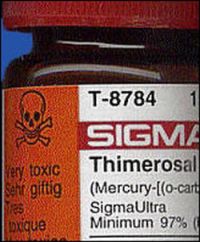 CDC – the Centre for Devious Cover-ups – and public deception?

Things are really heating up at the US Centre for Disease Control and Prevention (CDC) given what is emerging about its prior knowledge of the dangers of the mercury-containing preservative, thimerosal, widely used in vaccines.

Tim Bolen on the case

In a 5-part series (of which only the first three 3 have so far been released), US truth campaigner and advocate, Tim Bolen, has been reporting on the uncovering of information that shows just how much the CDC knew about the dangers of vaccines, especially those containing thimerosal, which is comprised of about 50% mercury.

Using Freedom of Information to get to the truth

Biochemist Brian Hooker PhD has been aware of this for years and has been doggedly using Freedom of Information Act (FOIA) requests to get the CDC to give him the public information he has asked for. Note the word 'public'. The CDC have so far stalled handing over this information for 6 years. A response is legally supposed to be had within 20 days. Hooker has now filed a lawsuit which is why we are predicting an explosion in the near future as the final bits of the truth are finally revealed. It’s entirely fitting that Brian Hooker’s crusade to get to the bottom of the issue has been driven by the fact that his 13-year-old son developed autism — the symptoms of the disease appearing only after he was vaccinated.

Hooker discovered that the 5 studies the CDC were using to continually proclaim that thimerosal in vaccines was safe, were massively flawed. Once he probed a bit more and had the CDC close rank, he became even more suspicious that something sinister might be going on.

One of the studies that the CDC used looked at the rates of autism incidences in Denmark before and after thimerosal had been taken out of the vaccines. The study concluded that numbers of autistic children continued to rise even without the preservative in the vaccines and therefore it couldn’t be to blame. However, Hooker found that the methods of collecting the data had been altered each time so that after the thimerosal had been taken out of the vaccines, outpatients were included as well as inpatients whereas they hadn’t been before. Also the diagnostic criteria had been changed so that there was a greater number of autism diagnoses overall. With these anomalies taken into account, the study actually showed that the prevalence of autism dropped post thimerosal. As the Coalition for Mercury-Free drugs makes blatantly clear, this has all the hallmarks of a sophisticated scandal, one in which children are the victims and the vaccine-makers are the winners. Are you surprised you haven’t seen this as major front page news? We’re not, given the hold Big Pharma has on the news networks.

In recent years the rate of vaccination has risen dramatically.  Children in the US are now expected to receive a schedule of an astounding 26 vaccines. The key issue here is not so much the risk associated with a single or a small number of these vaccines – it’s the cumulative risk, at a very vulnerable period of human development – of the full schedule.  There have been some scientists and medical doctors who have known the risks for years, Dr Bernard Rimland being a good example, but their views have been sidelined by the might of the medical orthodoxy.

Hooker's research found that the rates of autism have increased from one in ten thousand (1 in 10,000) to one in one hundred and ten (1 in 110). This is terrifying! It gets even more terrifying when you discover that Kennedy Jr. wrote about a project that was funded by a cooperative agreement between the American Academy of Pediatrics (AAP) and the National Center on Birth Defects and Developmental Disabilities at the CDC which stated that 1 out of 6 children are diagnosed with a developmental disorder and/or behavioral problems.

Hold onto your seats though, because there's more. In 2003 the US Congress also thought there reason to look into thimerosal further and produced "Mercury in Medicine –Taking Unnecessary Risks". The Staff of the Subcommittee on Human Rights and Wellness Committee on Government Reform United States House of Representatives who prepared the report made horrifying discoveries such as:

This is just a handful of the points bought up in the report.

Never fear though, it seems the Public Health Service (PHS) and American Academy of Pediatrics (AAP) have got our backs with their wishy-washy statement belittling the dangers of thimerosal. We find it puzzling that they play it down and then say it should be removed as soon as possible “The large risks of not vaccinating children far outweigh the unknown and probably much smaller risk, if any, of cumulative exposure to thimerosal-containing vaccines over the first six months of life. Nevertheless, because any potential risk is of concern, the Public Health Service, the American Academy of Pediatrics, and vaccine manufacturers agree that Thimerosal-containing vaccines should be removed as soon as possible.” So far, any urgency to remove the preservative from vaccines ‘as soon as possible’ is hard to see.

Answers should be on their way though as on 30th September 2011, Brian Hooker got his day in court and the judge basically gave the CDC until the 28th October 2011 to come up with an excuse as to why it hasn’t handed over all emails, documents and any other paperwork that Hooker has requested.

Once it has relinquished its hold on all of this information, what will happen if it all proves that the CDC knew all along the dangers of vaccines — and then went to extraordinary lengths to cover it up? It is, after all,  an organisation to which over 300 million Americans entrust their safety.

CDC: would you trust these people?

The seedy side of the CDC is now beginning to emerge. Just last week, Dr. Kimberly Quinlan Lindsey, a top CDC official, was arrested and charged with two counts of child molestation and one count of bestiality. Along with this, Dr. Poul Thorsen, one of the co-authors of the Pediatrics article and “scientist-in-residence” at the CDC from 2000 to 2002, was indicted earlier this year in Atlanta for fraud and money laundering in relation to his $11 million grant from the CDC. These are the people Americans rely on to prevent and protect themselves from disease.

As we suggest in title of this piece — is it perhaps time the CDC considered a change of name change?

Further information on this unfolding story

To read parts 1-3 of Tim Bolens report and ANH-USA’s article, use the links below:

Part 1, Part 2 and Part 3 of Tim Bolens "The CDC Has Known All Along How Dangerous Vaccines Are - And Has Covered It Up... "

ANH-USA article "Is the CDC Deliberately Hiding the Truth about the Link between Autism and Mercury in Vaccines?"

Vaccination is a freedom of choice issue. Parents need to have all the information available to them before they make a choice about how they manage their children’s health. We believe it’s important for people the world over to know about what’s been going on in the CDC— because it most definitely puts a different slant on the bland safety statements about vaccines that have been emerging from government authorities for years.

Please get this story out far and wide – use your social networks as effectively as you can – because you’re unlikely to be reading about this on the front page of a national newspaper. You’ll see share links at the bottom of this page to make it easy.