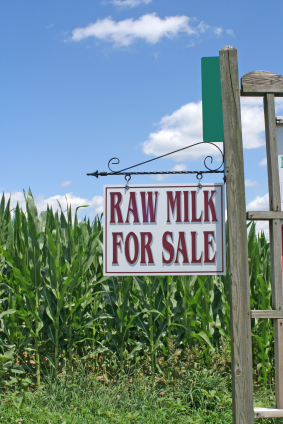 Raw milk versus the world?

With mothers and children marching in defiance of their government, an imminent ban in Ireland, and a Canadian farmer on indefinite hunger strike, raw milk raises its supporters’ passions like few other food-related issues. For those of you not up to speed on the subject, we bring you here — with the help of a great article that Caduceus magazine has given us permission to publish on our website — the heads-up on the raw milk debate.  You’ll find out why we think the authorities should be promoting raw milk, rather than banning it.

What is raw milk, anyway?

In these disconnected times, most people – sorry, ‘consumers’ – would probably say that the milk they buy in supermarkets and on the high street is a natural, unadulterated product. They’re probably aware of pasteurisation as a concept, but they imagine shop-bought milk isn’t very different to the raw milk that typically comes out of a cow’s udders. In fact, nothing could be further from the truth.

Pasteurisation is the heat treatment named after Louis Pasteur, the father of the ‘germ theory’, seen by many to be a pivotal concept and one that railroaded medical science away from its natural sciences roots, back in the 19th century.  Pasteurisation destroys micro-organisms that might be present in raw milk, such as Mycobacterium tuberculosis or Mycobacterium bovis, both of which can cause tuberculosis (TB) in humans. Although pasteurisation has undoubtedly reduced the amount of M. bovis in milk, the bacterium is linked to only 1% of human TB cases – around 45 cases per year. However, governments and public health authorities firmly believe it is worthwhile to remove, via pasteurisation, this one potential source of so-called infectious intestinal disease (IID). But a closer look at pasteurisation’s effects on raw milk reveals another side to the story.

Pasteurisation is a form of heat treatment, whereby the temperature of raw milk is raised to a certain temperature for a certain length of time in order to kill pathogens. Unfortunately, the process also denatures proteins and enzymes in milk, including the antioxidant enzyme superoxide dismutase (SOD).

Furthermore, animal studies appear to show that raw milk is superior nutritionally to pasteurised milk; young calves, for example, fail to thrive on pasteurised milk. Heat treatment of milk also kills beneficial bacteria, such as Lactobacillus acidophilus and Bifidobacter spp. Not only do these good bacteria help to maintain a balanced population of bacteria within the milk itself, thereby reducing the risk of spoilage, they may also help prevent infection of babies’ guts with pathogenic bacteria and stabilise the all-important gut microbiome (flora) that is so pivotal to immune health.

A series of papers published in the 1920s–1940s studied the effects of pasteurisation in detail, and found numerous ways in which the process of heat treatment reduces the benefits of raw milk (see Table 1). 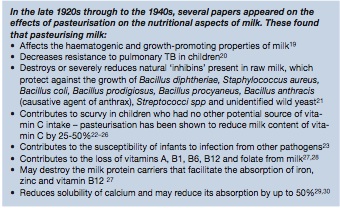 Table 1. The effects of pasteurisation on raw milk.

The war against raw milk

Despite all the powerful health benefits of raw milk, authorities around the world are currently on something of a crusade against this most natural of substances.  Some Western governments insist on treating it like the worst kind of poison or narcotic.

In the USA, sale of raw milk for human consumption is illegal in many states, and it is illegal to transport raw milk across state lines. On 1st November, the Raw Milk Freedom Riders bought raw milk in Pennsylvania state, then took a 14-vehicle caravan across the state line into Maryland to protest outside Food and Drug Administration headquarters. The FDA’s response, “Impl[ies] a shift in emphasis to education from enforcement,” although time will tell how this pans out. At least no-one was arrested!

Raw milk cannot be sold legally in Canada, where farmer Michael Schmidt is currently on hunger strike in protest. Read an astonishing interview with him here.

In the EU, it is up to Member States how they regulate the sale of raw milk in their territories.  Ireland appears intent on following the draconian US/Canadian example, its Minister for Agriculture looking for a ban “as soon as possible”. As is so common nowadays, those we have entrusted to safeguard our health are enacting laws that do exactly the opposite in pursuit of a false idol called ‘public safety’.

There’s much more to tell about this fascinating and important topic, including the ‘A2’ story – a historical line of cattle whose raw, unpasteurised milk is safe to drink even by people with severe allergies to commonly available cow’s milk. Look out for our follow-up articles in coming weeks!

Do some research and find out the legal situation as regards raw milk in your country. If you can get hold of some, give it a go – you’ll be supporting local farmers and doing yourself a lot of good in the process!