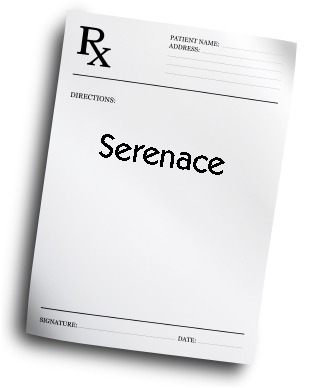 Almost immediately after the Centre for Disease Control and Prevention (CDC) scandal emerges about its withholding of information regarding the safety of vaccines, another tale of needless drug exposure gets the spotlight treatment. There is worry now as pharmaceutical companies block approaches made to the authorities with regards to any data outlining the long-term effects of antipsychotic drugs on children.

The UK’s Channel 4, commissioned a drug database company to compile all information on the number of children that are prescribed antipsychotics. The survey was stimulated by concern that these pills are given out for the wrong reasons, and with too much frequency. Antipsychotics are generally used for patients with mental conditions such as schizophrenia, bipolar disorder and psychosis but researchers have increasingly flagged the fact that elements of the medical profession have been handing these drugs out to kids with  ‘behavioural problems’ as if they were Smarties.

Channel 4 claims that its commissioned research revealed “As many as 15,000 children and young people under the age of 18 were prescribed this medication last year.” The programme then goes on to say that these figures are only from GP surgeries and primary care trusts and do not include hospital prescribing.

This means that the 15,000 kids figure is an understatement of the actual number being prescribed. It also means that GPs are resorting to the chemical cosh and not recommending non-drug based approaches to these behavioural problems, nor are they referring the kids on to specialists. Are GPs really qualified to be prescribing antipsychotics? This implies that on a visit to the GP (with an appointment that generally lasts about 10 minutes) children with ADHD or autism are simply sent off with antipsychotics and then receive little, or no, ongoing monitoring.

The fact that pharmaceutical companies are blocking access to data and demanding freedom of information requests does make you wonder what they are attempting to hide. This concern has clearly been brewing as earlier this year the British Medical Journal (BMJ) published a “Review on the current use of antipsychotic drugs in children and adolescents”. The abstract alone states the fact that there is no information about the efficacy or safety of antipsychotics in young people. And worries go further back as outlined by a study in the January 2010 edition of the Journal of the American Academy of Child & Adolescent Psychiatry that found that the numbers of children aged 2-5 being given antipsychotics had doubled in recent years.

It is sickening to hear specific cases of autistic children being on these harsh drugs with no change in their behaviour for as long as three years before it is discovered that the drugs were doing nothing positive and instead giving them additional side effects such as heartburn. Other side effects iclude muscle spasms, restlessness, skin disorders, weight gain, metabolic syndrome, dizziness, headaches, and dry mouth.

The overuse of drugs in kids is a sorry reflection of the fact that so many GPs have become little more than drug prescription vehicles, benefiting not only themselves but the makers of the pills they prescribe. It’s a sad fact that these practitioners appear content to have put aside the Hippocratic Oath that they signed up to at the start of their careers.

They would do well to revisit the Oath, and in particular the following paragraph:

“I will use those dietary regimens which will benefit my patients according to my greatest ability and judgement, and I will do no harm or injustice to them.”