Home News First do no harm 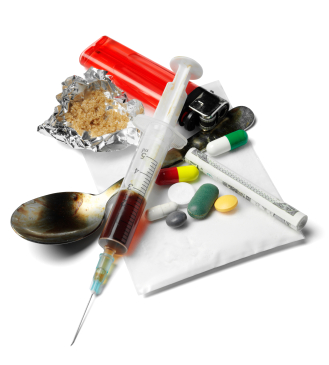 First do no harm

When will doctors start to nurture their patients?

Medicine is a dangerous thing. In fact it’s likely the most dangerous thing you will encounter in your life. It’s a peculiar thought when it’s meant to be the very thing to help us stay healthy. Our issue, at the ANH, is that medicine has forgotten that staying healthy is all about nurturing. And, unsurprisingly, the best way of nurturing is with nature.

Side effect and surgical disasters of the week

Let’s remind ourselves what’s really happening in mainstream healthcare. Take two cases that appeared this week. First, we have the 13-year-old schoolgirl who has been left with extreme exhaustion and is unable to walk or talk since having the controversial HPV vaccine. Next there was Graham Lord, an Australian man who was misdiagnosed with stomach cancer and then had 80% of his stomach removed before the mistake was discovered.

Let’s face it, if you get hospitalised, you could be exposed to very significant risks from infection, you could get drugged to death, or you might be cut open unnecessarily.

In the USA, deaths from preventable medical and surgical injuries, preventable infections in hospitals and adverse drug reactions which follow the non-error prescription of drugs combine as the third leading cause of death. The situation appears more or less similar in most other western countries.

An analysis of UK hospital admissions found that:

Sadly, here is the solution proposed by Professor Jim Ritter, of St Thomas’ Hospital in London, also the editor-in-chief of the British Journal for Clinical Pharmacology:  “…to prescribe a second agent to prevent an anticipated ADR associated with the primary therapeutic drug”. And what then? A third to side-step possible ADRs of the second agent? And then maybe a fourth?…this is why polyharmacy has become the norm, particularly among older people who are more likely to express symptoms of disease. This sub-population is considered ripe fodder for the prescription machines that so many general practitioners have become..

Brief focus on the US

The Annual reports from the American Association of Poison Centers published in the journal Clinical Toxicology always make an interesting read. The latest published report reminds us that more time is spent on information calls dealing with pharmaceuticals than on any other single toxin, and that drugs are easily the greatest source of risk to which we are exposed. This latest report also shows 276,694 cases of exposure caused by ‘therapeutic error’, 44,460 cases of adverse drug reactions – and for the sake of comparison – 5,718 cases resulting from adverse reactions to foods.

On the surface, it seems the Centers for Disease Control and Prevention (CDC) may be looking out for us a little. It has recently published a factsheet that claims that deaths arising from the use of “prescription painkillers” has reached “epidemic levels” in the US. Apparently, they exceed deaths from heroin and cocaine combined. The CDC, however, once again relies on the doctor to solve the problem. It states: “Improving the way prescription painkillers are prescribed can reduce the number of people who misuse, abuse or overdose from these powerful drugs, while making sure patients have access to safe, effective treatment.”

Dreaming about a revolution

We don’t hold out a lot of hope for change here, at least until there has been nothing short of a full-scale revolution within the medical system.

As it happens, that’s exactly what Rob Verkerk, our executive and scientific director, ponders in his blog this week.