Home News Not worth the CASH: report says unrefined salts “as dangerous as refined salt” 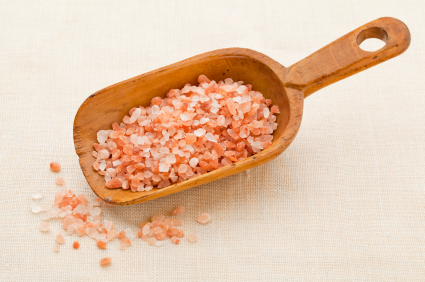 Not worth the CASH: report says unrefined salts “as dangerous as refined salt”

According to a report released by pressure group Consensus Action on Salt & Health (CASH), unrefined and ‘gourmet’ salts containing trace and ultratrace minerals are no more healthy than refined table salt.

The CASH report provides what they refer to as evidence that disproves five ‘myths’ about unrefined salt, such as that they contain minerals essential for good health and that, despite being described as ’natural’, they are unhealthy because they consist of the “metallic substance” sodium chloride.

Well, we see no evidence to back up its claims. CASH selected six unrefined salts currently on the UK market, and measured their sodium chloride (NaCl) content. Because the NaCl content of each brand they looked at was give or take a few percentage points away from the 100% NaCl content of ordinary, refined table salt, CASH concluded that all the salts are equally unhealthy.

That is, quite literally, the sum total of the ‘evidence’ upon which the ‘myth-busting’ claims were made. “[NaCl] puts up our blood pressure, leading to strokes, heart failure and heart disease and are also linked to osteoporosis, stomach cancer and kidney disease. The results show they all contain just as much sodium chloride as each other, and are therefore just as damaging for our health.” Actually doing some research to into the health effects of the minerals in unrefined salt appears not to have crossed CASH’s minds.

Claims by some brands that the minerals they retain by virtue of their unprocessed nature are declared “spurious”. “Salt is NOT a good source of minerals – eating a healthy, balanced diet will ensure you have enough minerals in your diet.” Which is odd, since both research studies and clinical experience have shown that mineral-rich salt has many health benefits.

In a comment posted to The Times newspaper’s website in the UK, ANH-Intl Executive and Scientific Director, Dr Robert Verkerk, responded to its coverage of the CASH report. This Murdoch vehicle is pay-to-view these days, so you won’t be able to read the story itself – but we are pleased to reproduce Dr Verkerk’s comment below.

“I am confused. Firstly, surely more expensive salt encourages people to use less? Secondly, [CASH Chairman] Prof MacGregor has arrived at sweeping conclusions claiming the salt has no health benefits when they've done no research to test whether it does or does not. Others have. The best example is the Pansalt case from Finland, where a dramatic reduction in hypertension rates has occurred over 30 years, not just because of reduced sodium, but because of the addition of other minerals included. And then there's years of clinical experience. Naturopaths over decades have found profound effects in using unprocessed sea salts as compared with synthetic sodium chloride, which is missing the trace elements. Three percent other ingredients in the Himalayan [salt] example Professor MacGregor [cited] may not sound a lot, but, as he'll know, tiny amounts of trace and ultra[trace] elements are needed for enzymatic and other systems in the body. Hydroponics and intensive agriculture means our food is greatly depleted in these minerals. Professor MacGregor should do some research on unprocessed sea salts and check out the results for himself.”

For those who’d like more information, we’d strongly recommend the article by American doctor David Brownstein, who uses unrefined sea salt in his clinical practice to correct problems caused by low salt diets. The article was published by our friends at Caduceus magazine, who’ve kindly allowed us to make the article available on our website.