Home News ANH FEATURE: Is the USA setting itself up to squeeze out dietary supplements like in Europe? 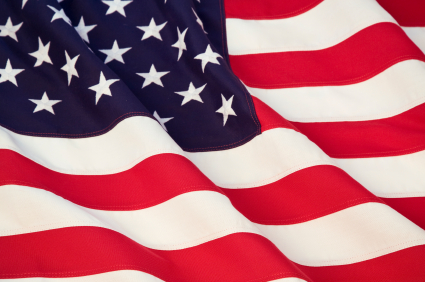 ANH FEATURE: Is the USA setting itself up to squeeze out dietary supplements like in Europe?

Natural healthcare, most especially herbal medicine, is under the cosh in Europe at the moment. Anyone keeping an eye on our website for any length of time knows how a slew of inappropriate legislation, masterminded by large companies in cahoots with the European Commission and powerful member state governments, is slowly engulfing many forms of natural medicine. The losers in this process are the smaller players who have long been at the forefront of providing the most therapeutically relevant natural products. They simply get squeezed out, less so by direct bans, but more as a result of regulatory burdens they simply can’t negotiate through lack of cash.

But the FDA has been getting ever closer to the European authorities. They have worked together as the two most powerful entities in the Codex Alimentarius for many years, but the relationship has been getting even rosier recently. On July 2, 2007, the FDA signed a key agreement for scientific cooperation with the controversial European Food Safety Authority (EFSA).

The enemies of self-determination and choice in healthcare have got most bases covered within the European Union (EU), it seems: the Human Medicinal Products Directive allows anything to be classified as a medicine; the Nutrition and Health Claims Regulation applies a giant gag to the entire natural products sector; the THMPD effectively outlaws most herbal products in the EU; the Novel Foods Regulation requires pre-market approval for foods or food ingredients not used ‘significantly’ in the EU before 15th May 1997; and the Food Supplements Directive already limits choice in food supplements and aims imminently to reduce the maximum dosage of those remaining to levels that can do nothing except prevent gross deficiency.

A slow handclap, please, for the power of a faceless bureaucracy! And a stirring round of applause for you, the users, promoters and defenders of natural healthcare: the healthcare of the past, and of the future. You are needed more than ever, but together, we can turn back the tide.

Meanwhile, over the pond

The situation in the USA is very different – on the surface, at least. Dietary supplements are regulated by the Dietary Supplement Health and Education Act (DSHEA) of 1994. While DSHEA is not perfect, and has yet to be fully implemented, it came about following the largest popular mobilisation against Congress ever seen in the USA. Likewise, herbal products are far more freely available across the Atlantic than in Europe, the Food and Drug Administration (FDA) having failed so far to move towards a pre-market authorization system, like the THMPD, that would create an impossible obstacle for the smaller companies. The FDA, based on guidance from the National Institutes of Health (NIH), issues warnings on certain herbs and products – for example, kava kava (Piper methysticum) or certain Ayurvedic products. But it has so far removed very few from the market, except those it regards as being adulterated, or causing more harm than benefit. The FDA’s shining example, that clearly demonstrates its capability, is that of ephedra (Ephedra sinica). 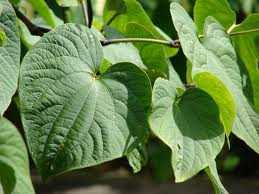 Kava kava, one of the victims of NIH warnings

There was also a major crackdown on slimming products that was staged through the Trilateral Cooperation Charter during the mid-2000s.  The Charter was established in 2004 and signaled the intent of the USA, Canada and Mexico to combine their efforts in a trade protection bloc, focused primarily not on facilitating trade, but cracking down on “drugs, biologics, medical devices, food safety, and nutrition.”

After some 700 slimming products were forced off the market by this quango, and the public and campaign groups started objecting, the FDA has withdrawn the Charter’s website that used to be at: http://www.fda.gov/OIA/charter.html. Well, at the ANH, we’re real detail people, we don’t trust governments much, so we like to keep records. Here’s a copy of the information we pulled off the FDA’s Trilateral Cooperation Charter website back in 2006.

The FDA decided to construct an incredibly broad definition of health fraud, so it could pretty much be given carte blanche to use its newly loaded gun as it saw fit. Obvious targets are any products that compete with pharmaceuticals because they are effective. Yes, it’s as simple as that.

This might sound bizarre, but read the definition of health fraud the FDA came up with for yourself (you’ll also see it on the download we made of the original site in 2006):

For the purposes of this Working Group, health fraud may include the following:

The false, deceptive, or misleading promotion, advertisement, distribution, sale, possession for sale, or offering for sale of products or provision of services, intended for human use, that are represented as being safe and/or effective to diagnose, prevent, cure, treat, or mitigate disease (or other conditions), to rehabilitate patients or to provide a beneficial effect on health.

Isn’t it something else?

Good ol’ DSHEA – but for how long?

While the TCC appears to have moved underground for the time being or is being re-thought or re-cast in one guise or another, it may appear that the US market is an oasis of sanity, at least when compared with what’s happening in Europe.

But there are multiple threats on the horizon.

Huge controversy was stirred earlier this year when the FDA announced its New Dietary Ingredient guidelines. In addition, physicians, nurses and others are encouraged to report to the FDA any problems they encounter with products or medical devices. Any such reports oblige the manufacturer to go through a lengthy and difficult process to prove the product’s safety – a system with obvious potential for abuse.

Unfortunately, it looks like this is just the beginning. Documentary evidence of a plan concocted back in 2002 shows that these developments are part of a larger framework being wheeled into place that aim to replace the existing interpretation of the relatively liberal DSHEA model with something hugely less friendly. Something that is perhaps rather closely modeled on the European model.

A framework that ‘Europeanises’ DSHEA

Back in 2002, the Institute of Medicine released a draft ‘Framework for Evaluating the Safety of Dietary Supplements’. The blueprint of what the FDA had in mind is conveniently summarised in Table 3-2 on page 42, entitled ‘Overall Framework’. (Note: you can download the entire document from the ANH-Intl website here. In this version, the table in question is called Table ES-2 and is on page 19.) The table and accompanying text establish a three-step process for safety evaluation of supplements:

Thus, just in step 1, we can see the source of the product-reporting scheme (‘screening/flagging’) and the NDI guidance, whereby all new ingredients are automatically flagged. Next, we can expect that only dietary supplements with FDA-approved monographs will be legal for sale in the USA, and that safety evaluations will be introduced placing the responsibility firmly on manufacturers to prove the safety of their products.

Goodbye, free-market DSHEA and the presumption of safety principle that has applied to US dietary supplements for all these years (safe, unless proven unsafe, and no pre-market safety testing required by manufacturers). And hello, bureaucratic nightmare (Assumed unsafe, pre-market authorisation required following proof of safety, impossible burden for smaller operators). Such a regime would usher into the USA the very system we’re being transitioned towards here in Europe. It would be farewell to many of the supplements Americans love so much.

Time to ‘Occupy the FDA’?

Regulators worldwide are working increasingly closely together, so it’s no surprise that we can expect increasing convergence in the different regulatory systems. This is what globalisation is about, and it’s all about making the environment as cosy as possible for the biggest corporate players out there. Big Pharma, Big Food and Big Biotech are among the masterminds of this system, and they don’t like to see a bunch of us out there looking after our own health using natural substances, failing to get ill, not seeing doctors, not taking drugs and being vaccinated, growing our own organic food — basically operating outside the system they created.

That’s why, when we see markers for this convergence, such as the uncanny similarities between the US NDI guidance and the EU’s Novel Foods Regulation, we feel compelled to make our American cousins aware of it!

We bring this to public attention not as doom-mongers but as a wake-up call. Americans have fought back against State intrusion on their supplements before, and won a resounding victory. Today, in the era of Occupy Wall Street and widespread protest on economic issues, it may be time to Occupy the FDA – before it’s too late.