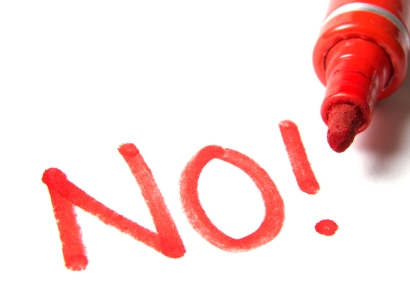 ANH-Intl argues that the EP should block health claims proposal

ANH-Intl argues that the EP should block health claims proposal

Yesterday a European Commission standing committee agreed to pass a proposal for a regulation to the European Parliament that will, if approved, authorise European food suppliers to use 224 health claims linked to just 70 foods and ingredients, EU-wide.  Additionally, around 2,500 other claims that did not receive positive opinions from the European Food Safety Authority (EFSA), will be banned. The European Parliament will now have 90 days to scrutinise the proposal before making its decision.

Alliance for Natural Health International (ANH-Intl), a non-governmental organisation campaigning for the right to natural health and consumer freedom of choice, believes that the European Parliament should reject the European Commission’s proposal in its present form.

Explaining ANH-Intl’s position, Dr Robert Verkerk, its executive and scientific director, said, “Ensuring consumers are not given false and misleading claims, the key objective of the regulation, is laudable. But removing the majority of claims, some 92% of those evaluated, on the basis of scientific methods that are derived from a pharmaceutical rather than nutritional science model is simply madness.”

Dr Verkerk continued, “With so few claims authorised — and unauthorised claims banned — European consumers will be thrown into an information-free void in which they will find it much harder to discriminate between healthy and less healthy foods. Given that diet and lifestyle related diseases now represent the biggest burden on healthcare systems in the Western world, approving the existing short list of claims would be counterproductive from the perspective of health policy.”

While the proposed list of authorised health claims includes vitamins and minerals, it omits many other important key micronutrients including numerous amino acids, nutritional cofactors and enzymes. Additionally, most—but not all—botanicals are excluded from the existing list as EFSA has been forced to re-evaluate some 1,500 health claims for botanical substances.  It’s re-evaluation followed widespread criticism of its overly stringent initial assessment which resulted in a 97% rejection rate.

ANH-Intl upholds that turning the existing list into law, as endorsed by big food interests such as FoodDrinkEurope, would be both legally disproportionate and unfair, both on small businesses and the public.  “The segregation of botanical and probiotic claims from the existing list in itself creates disproportionality that should influence the European Parliament’s decision. National rules would still allow botanical claims while claims for non-botanicals would be enforced EU-wide through the regulation as early as mid-2012. This would be unfair for small businesses and confusing for the public. If EFSA later decides to lighten its approach for botanicals, further unfair competition will result, adversely affecting those companies which had previously relied on claims that were among the 92% rejected by EFSA."

“We all have a problem with cowboys in the food industry who make outlandish claims that are not supported by science – and this is why I, and the majority of other MEPs, supported the Regulation when we voted for it in 2006.”

“But I’m now very concerned about just how few claims have gone through. For many consumers trying to ensure their families eat as healthily as possible, it would be very confusing if these were the only ones allowed. They’ll see the same few claims repeated over and over again on some foods, but so many others will be claim free.”

Dr Verkerk of ANH-Intl concludes: “industry and consumer groups will need to decide quickly if they are for or against this regulation.  Complaining about it, yet, not asking MEPs to block its passage, will only serve to muddy the decision”.

NOTES FOR THE EDITOR