Home News GM cocoa to flood 70% of the global supply 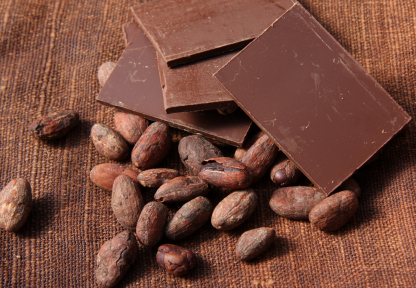 GM cocoa to flood 70% of the global supply

The next mass experiment on an unsuspecting

With cocoa demand being high, one of the world’s largest chocolate producers, Mars, became the primary backer for scientists to produce a genetically modified (GMO) cocoa tree hybrid.  In 2010 scientists based at the Agricultural Research Service (ARS) of the US Department of Agriculture and Science and researchers working at IBM’s Thomas J Watson Research Centre achieved the initial unlocking of the chocolate genome and, with the aim of improving yields, the plan has been to flood West Africa and therefore 70% of the global cocoa supply.  Concern over the loss from pest and plant disease led to the research and scientists are determined to finalise gene sequencing of the cocoa genome.

In 2010 confectionarynews.com quoted some of the scientists working with the genome, saying “..it will benefit not only the chocolate industry, but cocoa growers in West Africa, a region where 70% of the world’s cocoa is produced..” If yields are not likely to be any bigger – how will it benefit this indigenous industry? Farmers currently are increasingly struggling with GM crops as more pesticides and herbicides are needed to attempt to control ‘superweeds’.

ANH-Intl founder, an expert and past academic in the area of sustainable agriculture — as well as long-time opponent of GM crops — said; “The last thing subsistence farmers need is GM crops. This was shown clearly by the 5-year IASSTD study involving 400 scientists from 60 countries back in 2008. The push for GM is actually all about control of agriculture and control of the food supply by a handful of very large corporations. The emphasis on cocoa, a luxury food primarily of value in the West, gives a clear message that GM is more about making money rather than trying to resolve poverty, another misguided notion that has been designed to sway public opinion and increase adoption.”

Increased yield as a primary advantage of GM crops over conventional ones keeps being thrown at us — despite extensive evidence that on average, especially in the longer term, that this is not the case.  Recent research has shown that organic farming can outshine conventional in pretty much every area, one of those areas being the production of bigger yields.  In fact, the Farming Systems Trial showed that organic crops were nearly three times more profitable than GMO crops!

Despite the consistent backing by big corporations, the environmental and human safety of GM crops is still deeply questionable.  The fact that most parts of the world seem to be a very long way from a moratorium on any further outdoor cultivation of GM crops beggars belief given the existing data on risk. The steady march of GM crops continues, as we continue to see it taking over much of the world’s farmland and more and more of it winding up in our cupboards.

For EU citizens at least there is some solace in the fact that any food product containing more than 0.9% GMOs has to be labeled to show the GMO content.  This makes it easier for consumers to avoid such products and therefore make a stand in saying that we don’t want GMOs on our shelves!  We urge US citizens who are not so lucky to take action in pressuring legislators for the same transparency. At ANH-Intl, not only are we saying a resounding “No to GM”, but we also support and promote organic and sustainable approaches to agriculture. This often can be as simple as ditching the supermarket in favour of the local food cooperative, organic box schemes – or for those who live in rural areas – buying direct from the farm gate.

So we ask again, how will it benefit the West African cocoa growers?  Once again it seems as if science is being used to further enhance the coffers of the voracious large corporations. It’s up to the consumer to draw a line in the sand, vote with our wallets, and say “No, leave our chocolate alone!”  Is nothing sacrosanct?