Home News Dreaming of a whitewash Christmas with EFSA 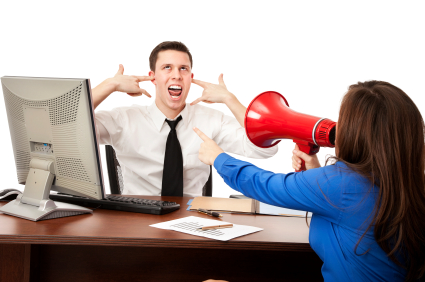 Dreaming of a whitewash Christmas with EFSA

The European Food Safety Authority (EFSA) has not had a good 2011. Some – no, make that many, if not most – of its decisions on applications for health claims under the Nutrition and Heath Claims Regulation (NHCR) have been illogical and bizarre. EFSA has brushed away MEPs’ concerns on this topic like gnats at a picnic. And as if restricting free speech in healthcare on the back of poor science wasn’t enough, accusations of conflicts of interest have bubbled up throughout the year, much to EFSA’s disquiet.

Now, to top off a year to forget for EFSA, the European Union (EU) Ombudsman has ruled that the Authority, “Failed to observe the relevant procedural rules and to carry out a sufficiently thorough assessment of the potential conflict of interest arising from the move of a former member of its staff to a biotechnology company.” In other words, the old ‘revolving doors’ between regulator and industry strike again.

The complaint, brought by the non-governmental organisation (NGO) Testbiotech, concerned Dr Suzy Renckens, who left EFSA to work as regional manager at biotech company Syngenta. As former head of the EFSA Panel responsible for assessing genetically modified organisms (GMOs), the potential for a conflict of interest was obvious – especially given that, “Her new job appeared to entail close contact with EFSA” according to the Ombudsman.

The Ombudsman made some recommendations as to how EFSA can tighten up its procedures to avoid such a situation occurring in future, to which EFSA has until 31st March 2012 to respond. However, if the attitude revealed in another recently released document is anything to go by, we doubt a mere slap on the wrist by the EU Ombudsman will change anything. To date, criticism of any sort has had little impact on the Italy-based regulator’s approach.

EFSA has published its response to a public consultation on its draft Policy on Independence and Scientific Decision-Making Processes. And, to continue a less-than-proud tradition of treating critics like backward children, EFSA’s report clears itself of any wrongdoing at all.

Both Testbiotech and another NGO, Corporate Europe Observatory (CEO), made extensive and serious criticisms of EFSA in the consultation, all of which received short shrift. Avoiding the issue of economic conflicts of interest? EFSA Panels stuffed with industry representatives? A Policy that simply defends EFSA’s working practices? These and other valid questions were stonewalled with professional bureaucratic disdain in EFSA’s consultation response document.

Keeping up the pressure in 2012

As its website shows, CEO is not letting EFSA off the hook and we expect further juicy revelations from EFSA’s dark underbelly in the coming months. It is, of course, not just the EFSA GMO Panel that we should be watching out for; the Panel that has been overseeing things nutritional has an equally peculiar track record. We speak of the Panel on Dietetic Products, Nutrition and Allergies (NDA) — the people who approved only 222 health claims for a total of 70 foods and food ingredients. This ridiculous situation makes us wonder about conflicts of interest on the panel that assessed the health claim applications.

Regardless of any conflicts of interest, the short-sighted approach used by EFSA is a major problem. EFSA has to accept that, if its determination is correct that only 70 foods and food ingredients are beneficial, it is logical for consumers to conclude that all other foods and food ingredients are worthless. And how wrong they would be – at a time when diet-related chronic diseases are running rampant in Europe and other Western societies.

While EFSA probably won’t thank campaign NGOs like Testbiotech, CEO and ANH for shining a light into the darkness within its walls, we are confident that this is one of very few options available to help create positive change within Europe’s beleaguered ‘highest authority on food safety’.

Time will tell – and, as always, watch this space.