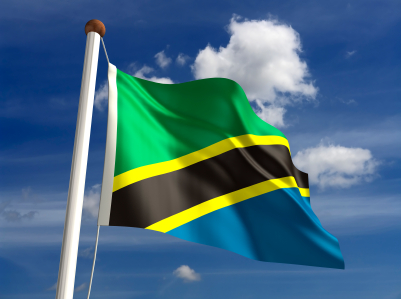 New remedies based on age-old healing knowledge on the way

While other semi-industrialised countries, like India or Brazil, are pinning considerable hope for their economic futures on their booming generic (unbranded) pharmaceutical industries, a different option is about to be explored in one part of Africa. Tanzania’s National Institute for Medical Research (NIMR) recently announced that several unique remedies based on traditional herbal medicines are about to enter the approvals system – and could be in mass production within 6 months.

The Tanzanian programme superficially appears most similar to the ‘phytopharmaceutical’ method of herbal medicine production, which emerged from Germany 50 or more years ago. At this stage, we do not know whether the new Tanzanian herbal remedies are based on purified extracts of herbs, as is the case with phytopharmaceuticals, or on whole-herb material. What we do know is that 11 years of research by NIMR, beginning in 2000, has resulted in a range of ‘modernised’ traditional medicines, all based on indigenous Tanzanian herbs and available in various formulations: from Persican for control of diabetes and cholesterol, to Warburgistat for opportunistic infections in HIV/AIDS patients and TMS 2001 for malaria and fever. (Note that these trade names may change before the products come to market.)

Dr Julius Massanga, NIMR’s director for research co-ordination and promotion, is hopeful that the new range will begin mass production soon. “After registration by the TFDA [Tanzania Food and Drugs Authority], which I hope will happen soon, the next step will be to invite prospective investors followed by construction of a factory.”

A medical model for the masses

Dr Massanga passionately believes that ordinary Tanzanians should have the opportunity to choose between Western, orthodox allopathic medicine and forms of traditional healing. In a situation that rings bells for many of us, traditional medicine has been portrayed as outdated and ineffective in Tanzania since its independence, when Western medicine came to the forefront. Yet more evidence that the anti-natural healthcare crusade has tentacles everywhere!

One of the most important aspects of the new treatments will be their relatively low cost compared with orthodox medicines, Dr Massaga told ANH-Intl. A process of collaboration and research, led by the NIMR, has resulted in medicines that combine herbs used by traditional healers for centuries with other medicinally useful plants identified by the research programme. Indigenous herbs mean minimal production costs, which will be passed on to patients. For Dr Massaga, the new treatments maintain herbal medicine as the medicine of the people, while updating it for the 21st century.

The spectre of sustainability

According to Dr Massaga, all the herbs used in the new products will be collected from the wild. Such ‘wildcrafting’ ensures that the herbs are growing in their natural habitat, and can ensure optimum product quality if done correctly – but it also brings its own set of problems. Perhaps most pressingly, it’s very easy to over-harvest a habitat unless great care is taken, raising significant questions around long-term sustainability.  It is, therefore, vital for sustainability issues to remain firmly on the agenda and to be central for any prospective investors. In the past, when other African countries tried to strike out on their own traditional medicinal road, Big Pharma eventually got in on the act: either because it saw a potential market disappearing, or worse still, identified the potential for a major ‘natural health’ success story. For the sake of Tanzania’s delicate ecosystem and its cultural heritage, we hope that new investment partners see the opportunity to do something different and positive for the country’s healthcare, and support the programme without imposing any tainted agenda of their own.

It’s early stages, but it seems to us that Tanzania’s commitment to try something a little different from the norm is to be applauded and supported. We can only hope that the new medicines are successful in giving the Tanzanian people a cheaper, effective alternative to the medical orthodoxy and its pathological desire for a worldwide monopoly on healthcare.