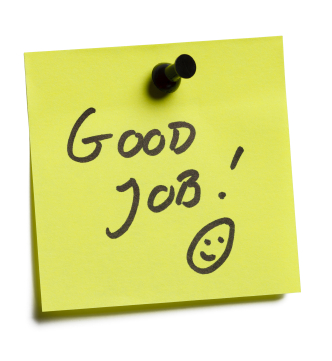 ANH-Intl round up the past year

2011 has been a tumultuous year on so many fronts. Natural disasters like the Japanese tsunami and the recent Philippines typhoon serve as reminders of the sheer might of nature, while the Arab Spring and English riots show us two contrasting sides of human response to oppression.

The tension between state and corporate powers on one hand, and individual freedoms on the other, will likely become even bigger features of many of our lives in 2012 and beyond. Next year, in Europe, we’ll see the confluence of a whole raft of pieces of legislation that affect our ability to use and communicate about natural health. Much of this has already been pulled about, squeezed and delayed by public pressure and its final forms is yet far from set. There can be no let up in the campaign because the intent of the law-makers and the corporate interests that manipulate them can never be doubted. The adage: “you snooze, you lose” has never been quite so true.

As we hear only too often from those who don’t have it — or have lost it — health is probably our greatest asset. With health, and personal empowerment, almost anything is possible. There are so many different views on how best to achieve health and wellbeing — and we say: long live this diversity! The fact is, there large and ever growing numbers of us who manage to maintain exceptional levels of health and wellbeing without any recourse to drugs, radiation or surgery. That is not to say that we necessarily condemn allopathic medicine in all circumstances — it’s just that we feel passionately that taking responsibility for our own health and managing it using natural means is a fundamental human right. We think it’s not only good for us and good for future generations, done right —it’s also good for the planet.

It is from this standpoint that we review the ANH-Intl highlights of 2011:

This is of course more your achievement than ours — and a huge ‘thank you’ from ANH-Intl. When we put out a call for donations for £90,000 to fund the first stage of our legal challenge to the laws affecting herbal products in the EU, we had no idea that we’d achieve that target in just 5 short months! Because of our need to meet certain recommendations made by our external lawyers, we’re delayed from our originally intended initiation date. But rest assured, the extra time is allowing us to gain plenty of additional, powerful evidence and we’re convinced this slower track approach will yield even better longer term results.

Questioning the European Commission over the THMPD

We worked with Members of the European Parliament (MEPs) to develop 23 Parliamentary questions for the Commission aimed at clarifying the situation around the THMPD. We learned that the Commission is inflexible and dedicated to its path that fails to value natural health.

Writing an open letter on the THMPD to Commissioner Dalli

The EC’s shamefully empty responses to our questions and those of other stakeholders prompted Dr Verkerk to draft an open letter to Commissioner John Dalli, head of DG SANCO. When we see the Commission in Court, it can’t be said it didn’t hear our complaint.

When a UK academic who had previously been strongly supportive of herbal products in all their forms including as food supplements inexplicably called for a clampdown on botanical food supplements, behind the backs of the public and the companies in line for enforcement, we made her letter public and called for transparency.

We exposed the murky links between big investor in THMPD-licensed medicines, phytopharmaceutical company Schwabe Pharma (UK), and the as-yet unveiled Safer Herbal Medicines Campaign (SHMC). It’s now hard to see how the SHMC will ever get off the ground.

As the release of the ‘community list’ of health claims approved by the European Food Safety Authority (EFSA) drew near, we developed a list of the most problematic EFSA decisions – the only list of its kind.

Releasing a list of herbs ‘endangered’ by the THMPD

Another important list drawn up by ANH-Intl was our compilation of herbs potentially in danger due to their not being in the ingredients list of any products granted licenses under the THMPD. Again, no similar list exists.

Debunking misleading figures on the causes of cancer

We analyzed a report by charity Cancer Research UK that claimed that only 40% of UK cancers are related to diet and lifestyle, and revealed manipulation of the statistics. The report downplays the significance of both environmental pollution and diet and lifestyle as cancer triggers.

Contrary to the establishment view that diabetes is on an irresistible rise and treatable only with drugs, we provided comprehensive advice on how to manage diabetes using lifestyle approaches alone.

We took a closer look at a report trumpeted in the media as showing that vaccines are “mostly safe” – and demonstrated conclusively that it not only said no such thing, but twisted the evidence to paint a favourable picture of vaccination.

The UK National Health Service (NHS) released a report, written by contractor Bazian, that purported to tell the scientific truth about supplementation. We showed that, in fact, it cherry picked research in order to depict EU legislation as ‘evidence based’ – a prime example of public perception management.

When a study demonstrated that the non-steroidal anti-inflammatory drug aspirin reduces the risk of colorectal cancer, we went further and showed how easy it is to incorporate anti-inflammatory foods and food supplements into a cancer-preventing lifestyle.

Pointing out the ‘elephant in the room’ in cancer strategies

We were amazed when a 57-page report on future strategies to tackle cancer in Lancet Oncology devoted a mere 27 words to prevention – so we highlighted research showing just how effective simple preventive measures can be.

Training practitioners in the new rules of the regulatory game

The legislative avalanche bearing down on European practitioners of natural healthcare means that a new approach is needed if they are to stay within the law, while providing an effective service to their patients. Our first training event held at the Royal Society of medicine in London helped UK herbal and nutritional practitioners to stay ahead of the game, and was wonderfully well received.

We disputed the unfair targeting of natural healthcare practitioners by the UK’s Advertising Standards Authority (ASA), which has occurred since it adopted a new code of practice. The ASA has now severed its links with the skeptic Nightingale Collaboration.

A review by Adam Smith, our science and communications officer, of Martin Walker’s important new book, Dirty Medicine: The Handbook was awarded first prize in a competition organised by the author.

Not only did ANH-Intl rock out for natural healthcare, but Dr Verkerk also gave a keynote speech at this year’s SuperJam event at the Albert Hall.

With our THMPD legal challenge and NHCR campaign already in the works for 2012, next year is likely to dwarf 2011 in terms of big events in natural healthcare. We’ll need you behind us more than ever, because – of course – we couldn’t do any of this without you.

Yours in health, naturally,