Nature journal comes to ANH for views on regulation

A very happy new year to all our followers! To kick 2012 off in style, and as what we are sure will be a taster for the rest of the year, we are delighted to report that ANH’s public profile has been significantly increased – by positive coverage in Nature, the world’s number one science journal! 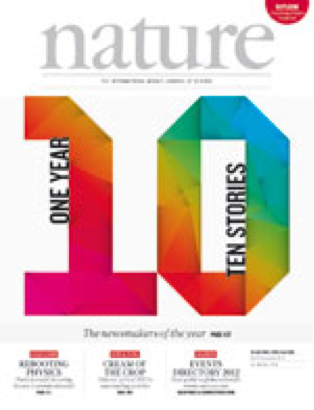 Nature magazine, the top science journal by Impact Factor, ended 2011 with a special ‘Outlook’ feature on traditional Asian medicine. To its credit, Nature produced a well-balanced and wide-ranging series of articles looking at everything from a definition of traditional Chinese medicine (TCM), to interactions between the gut flora and certain herbal medicines, and aspects of the ongoing modernisation of TCM. A key issue, of course, that will affect the continuing evolution and take-up of traditional Asian systems of medicine is its regulation by government authorities – and that’s where we came in.

In a piece entitled Regulations: Herbal medicine rule book, Nature journalist Natasha Gilbert examined the implications of regulatory frameworks for herbal medicinal products in both the European Union (EU) and the USA. For the key positions questioning the value of existing or proposed regulation, Ms Gilbert came to both the European and US offices of ANH, for our views on the EU’s Traditional Herbal Medicinal Products Directive (THMPD) and US Food and Drug Administration (FDA) initiatives affecting botanical products in the USA.

Dick Middleton of Schwabe Pharma (UK) is unlikely to be thrilled to have his pro-THMPD views once again juxtaposed with the ANH’s contrasting views.  After exposing his company’s apparently covert involvement with the still-invisible ‘Safer Herbal Medicines Campaign’ – that seems to us to be nothing more than a bid for further monopoly – he probably hoped he’d seen the last of us. But no such luck.

Adam Smith, ANH-Intl’s Science and Communications Officer, was given space to balance Middleton’s claims that the THMPD, “Ensures herbal products are consistently of an acceptable standard and give patients accurate information”. “These technical assessments require expensive methods,” said Smith. “The cost burden is a problem, particularly for small businesses.” Our only quibble would be that ANH does not advocate “dispensing with” the THMPD, but rather reforming it so that it is much more amenable to the complex formulations that are typical of traditional systems of medicine.  In short, our view is that the Directive should do what it originally set out to do, and not act as a monopolistic tool for a small number of companies producing a narrow range of highly extracted products, made largely from single species of Western herbs.

Meanwhile, on the other side of the pond

Darrell Rogers, Communications Director at ANH-USA, explained the situation in the USA. Although the system overseen by the FDA is simpler, “US regulations prohibit the claim that any herbal product prevents disease”, with the FDA deciding whether information on herbal products’ labels is, “Truthful and not misleading”. Only one herbal product has so far made it through the FDA approval process, thereby allowing it to make therapeutic claims, explained Rogers.

At the risk of blowing our trumpet, we think this is great news for ANH and its supporters! The article rightfully positions us as the foremost organisation questioning the direction of herbal product regulation, a responsibility we are only too happy to accept. Not only that, but favourable publication in a journal of Nature’s standing indicates that even the orthodox scientific community is being made aware of our viewpoint.