Home News Detox – what the medical establishment appear not to understand 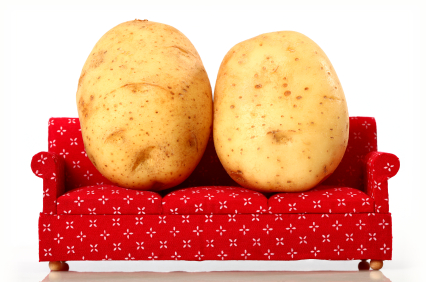 Detox – what the medical establishment appear not to understand

It&rsquo;s January and we&rsquo;re being told not to detox. Why?

In many parts of the world, particularly in those where Christmas is celebrated, the end of the calendar year represents a time of excess. More food, often more alcohol, and less physical activity, have become customary for many of us. Come the New Year though, many of us want to bring some changes to our diet and lifestyle, sometimes just for a month or so, while others commit to long-term changes.

The rest did you good

First of all, let’s not be too hard on ourselves. The rest is, for the majority of people, well deserved. Okay, it’s better if the rest you had didn’t involve sitting in front of the television, as a study in the journal Circulation reveals that being a couch potato for just one hour a day increases your risk of heart disease by 18%. But mindful rest and relaxation, does quite the opposite.

After you've been on a Bender (= binge drinking session)

When it comes to views on how we should start the New Year from the medical establishment, or should we say from the natural health skeptic movement, it’s always detox that comes under fire. One of the latest assaults comes from Professor David Bender, an emeritus professor of nutritional biochemistry at University College London, who published an article called 'The Detox Delusion' in the December 2011 edition of the Society of Biologists’ journal, The Biologist.

He said that detox is a "meaningless marketing term" and could be bad for your health and wrote, "I am not sure what "self-healing" is and the idea of 'raised energy levels' is nonsense…..The whole philosophy of detox is based on the unlikely premise that accumulated toxins cause a sluggish metabolism, weight gain, general malaise and so on."

Professor Bender concluded that, "Weight gain is due to an imbalance between food consumption and energy expenditure. There is no magic shortcut for weight loss – you have to eat less and exercise more. It's that simple."

Frankly, Professor Bender needs to go back to school. For self-healing he should read up on ‘homeostasis’. A good starting point would be to read the work of pioneering endocrinologist, Dr Hans Selye. He should also read the latest science on weight gain and realise that, in many people, excess weight and obesity is a lot more complex than just a matter of decreasing food intake and increasing physical activity. For many people, the root problem is actually disruption of their hormone (endocrine) system, and particularly their ability to regulate the blood-sugar balancing hormone produced in our pancreas, insulin.

Hard on the heels of Bender’s advisory comes the British Liver Trust’s press release that, according to Google News found its way into 241 articles around the world,  telling us that going on a detox for the month of January is “medically futile” and “pointless”.

Why detoxing is good for you

The attack on detox is a predictable event, launched primarily by a few high profile academics or past-academics who appear to have little better to do than massage their egos and engage in their peculiar natural health-bashing hobby. It will therefore come as no surprise that we have laid out our own arguments in support of detox before.

Check out our response to Sense About Science’s attack on detox from 2009. It’s as current today as it was back then.

In the simplest terms, periodic detoxing is a great way of dealing with the accumulation of specific toxins that may not be adequately detoxified and excreted during the course of normal living. Detoxing once a year is almost certainly better than not detoxing at all. But of course it’s worth recognising that not all forms of detox are created equally, and, as in any field of life, there are lower and higher quality, more and less effective, versions available.  When it comes to your selection, get the advice of a good health store, or better still, a qualified and experienced natural health practitioner. The longest standing traditions in healthcare, such as Ayurveda and traditional Chinese medicine (TCM), use enhanced detoxification as a central plank to many of their individualised healing protocols.

The fact is that our exposure to new-to-nature chemicals is greater than it’s ever been during our evolution. Being less active than we used to be, and consuming fewer plant nutrients that up-regulate natural detoxification pathways, means many suffer from a burden caused by their chemical load. This can lead to sluggishness, fatigue, anxiety, bad skin and — in the longer-term — to serious diseases like cancer, heart disease, obesity and diabetes.

It is only people ignorant of the science who refuse to accept that natural factors in the diet (e.g., dietary polyphenols, curcumin in turmeric, sulphoraphane in broccoli, ginger, licorice, dandelion), as well as a wide variety of herbal species (e.g., Rehmannia glutinosa, Coptis chinensis (berberine), Schisandra chinensis, Terminalia belerica [‘bibhitaki’]) and supplements (e.g., N-acetyl-cysteine that is a precursor for glutathione), are able to substantially enhance our elimination of toxins within the body.  The substantial literature on the ability of milk thistle (Silybum marianum) to protect the liver should also never be forgotten.

Therefore, on the basis of published science, including dozens of clinical trials, as well as years and even centuries of clinical experience among those who have practiced detox (clearly that excludes the likes of Prof Bender), we have no qualms about urging you to engage in periodic detoxes. But you should do this with proper advice, or prior knowledge, while also maintaining a healthy diet and lifestyle, in combination with adequate amounts of physical activity, rest and relaxation.

In our view, and seemingly contrary to elements of the medical establishment, that’s a darned good way of starting 2012! And for fear of sounding a little like the British Liver Trust, clearly, if you want on-going benefits, don’t give up any newfound, improved diet and lifestyle habits in February!