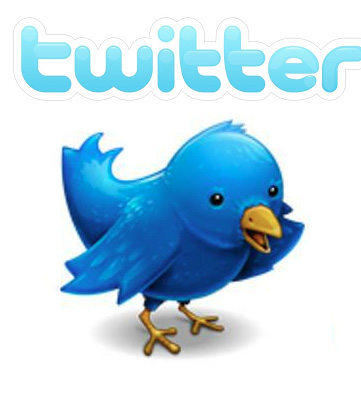 Tweeting in the lion's den

Compared with all those early-adopters out there, we are comparative latecomers to the 140-character-restricted tweeting world of Twitter, having for 10 years used our website as the commercial-free, ‘shop window’ for our campaign activities. Given that our stories and features can be a little lengthy (we've been trying to shorten our material, honest!), some of you will hopefully see our increasing use of social networking as a good thing. So if you want regular, daily soundbites from ANH International, sign up to our @anhcampaign twitter address. We promise to give you juicy and relevant tidbits that relate to #naturalhealth (woops! It's addictive once you get going), our campaign activities and our calls to action.

After publishing what we thought was straightforward, relatively uncontroversial piece on detox last week, we found the moderation queue for the article on our website almost immediately lined up with a series of extremely negative comments. We'd simply countered some strong anti-detox publicity centred around comments by Emeritus Professor Bender who called detox "pointless" and "medically futile" and the British Liver Trust who said don't both detoxing in January. Actually, the general thrust of what the British Liver Trust indicated was entirely sensible: reduce your alcohol intake throughout the year, rather than having a month off and then drinking like a fish for the rest of the year.

It quickly became clear to us that these negative comments arose from the UK skeptic community, which has been one of the most hostile critics of natural health. While homeopathy has been their preferred target, pretty much any aspect of natural health seems to be fair game. 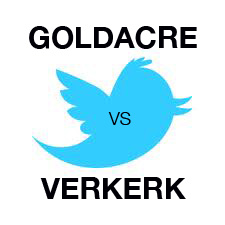 Studying the effects of medicine rarely leads to clear-cut results proving beyond doubt that a specific treatment benefits the vast majority of those treated. The current standings for around 3,000 medical treatments so far evaluated by the BMJ’s Clinical Evidence journal stands at just 11% proven beneficial. One particular characteristic of skeptics is that they refuse to accept anything if they don’t understand the mechanism. They are automatically hostile to anything that appears to them to be a logical fallacy, a misconception resulting from incorrect reasoning. Their favourite logical fallacy is homeopathy; skeptics believe that the premise on which it's based is false, therefore it can’t work. They are not particularly interested in seeing outcomes then, always arguing that where there are positive outcomes, these are explained by placebo only. If you then show them trials showing effects beyond placebo, the response is predictable: the studies are flawed. That’s why skeptics take so little note of observational evidence, the single most powerful form of evidence that has driven scientific development over many years, and continues to do so today.

Okay, so it’s a tricky proposition for skeptics to understand how energetic imprinting in water can yield a therapeutic effect, over and above placebo. Homeopaths, and homeopathic researchers say they know it works a lot of the time based on observation, as well as some clinical trials. They offer various possible explanations for the mechanism, say they’ll carry on researching it, and in time they hope to have convinced not only themselves of a given mechanism or the role of multiple mechanisms, but also the scientific community more generally. Skeptics will of course say: fat chance!

Moving on, when it comes to detoxification, mechanisms are somewhat more established. In fact they have been extremely well elucidated. There have been decades of research on detoxification, in more recent times largely funded by pharmaceutical companies interested in the fate of their latest, patented creations. Knowing these mechanisms, and even understanding the way dietary and herbal ingredients can affect or modulate detoxification systems, doesn’t of course say anything about whether detox products themselves work or not.

Early January saw the the newspapers and media saturated with anti-detox advice. In the UK, most of this seemed to originate principally from two sources, one being Emeritus Professor Bender, the other the British Liver Trust. So we wrote what we thought was a fairly harmless story rebutting some of the points that were made, such as that detox is 'medically futile’.

One of the most well-known skeptics is Dr Ben Goldacre, whose Twitter bio tells us he’s “Nerd cheerleader, Bad Science person, stats geek, research fellow in epidemiology, procrastinator”. He’s also been the Bad Science columnist for the UK’s Guardian newspaper for 8 years, although we note he has not issued a column since last November. One wonders if lots of people have written in to the Guardian’s editors complaining of his style and approach?

Goldacre’s renowned for his attacks on nutrition, homeopathy and almost any strand of non-conventional medicine, which skeptics cynically refer to as ‘faith-based medicine’. Musician and comedian Tim Minchin’s perspective on alternative medicine, as recounted in his song “The Storm”, epitomises the skeptics’ position:

Do you know what they call "alternative medicine" that's been proved to work? "Medicine."

Ummm. Shall we forget all about how big corporations control research findings, government policy and the media? Perhaps it’s all in our imagination...

Being an ex-Imperial College postgraduate and research fellow, our founder and executive and scientific director, Dr Robert Verkerk, took a special interest in an interview that Ben Goldacre gave to I,Science, Imperial College’s science rag. Anyone with the patience can read the whole transcript of the interview, including a rather vicious ad hominem on Imperial College’s own Prof Robert Winston, whom Goldacre described as “a man who I regard as laughable”. Goldacre went on to attack the professor for his decision to endorse a commercial brand of fish oils. 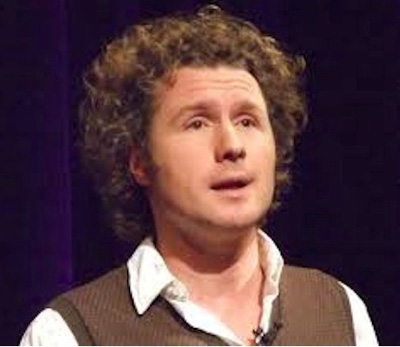 In sifting through Goldacre’s somewhat loutish communication to I,Science, there was one part that really caught Rob Verkerk's attention.

“But the other thing that’s really great about things like Twitter and blog comments is, if you read them you can familiarise yourself with the arguments of people you disagree with very rapidly and that’s really important and interesting too, cause it really helps you to hone down your own argument. Obviously a lot of blog comments are very, very unpleasant people shouting about how you’re a bit like Hitler or whatever but for the stuff that’s sensible, where people sensibly engage, it’s a really great window into understanding other people’s perspectives. It goes without saying that your own mind is changed very commonly online, by other people’s arguments.”

Anyone who wants to sign up to Twitter @anhcampaign, @VerkerkRob or @bengoldacre can find the history of the conversation between Dr Ben Goldacre, some of his followers, and Dr Rob Verkerk. In essence, disappointingly little was achieved. The communications did, however, provide more evidence that the skeptics don’t appear to have an interest in engaging with meaningful scientific issues, at least when it comes to enhanced detoxification using natural health products.

Not one — and certainly not Goldacre himself — has engaged properly, despite a detailed explanation we provided to several of the skeptics' questions about our initial article in a separate feature. In the article, we were very clear about not supporting any detox products per se. We thought it best to start with baby steps. The issue was simply: is it possible to enhance the body's natural detoxification using natural products over and above that which would be achieved through an average diet.

Some skeptics in their responses have been facetious (or very ignorant of scientific matters), one even asking Dr Verkerk to name a detoxification enzyme as if they were imaginary! Rob named five and it was only the character limit on Twitter that stopped him naming more, such is the length of many of their names.

From all the rhetoric and wind, there was one tweet that stood out to us. It’s as follows:

(From Ben Goldacre to Rob Verkerk) on t'science, you're like any other drug reps: mostly claims overextrapolating from theoretical metabolic mechansms

It’s not great, of course, to have Rob Verkerk likened to a drug rep when he’s spent as long as he has warning against over-use of pharmaceutical drugs in healthcare. But at least there appeared to be a crack.

This led to the following conversation:

(From Ben Goldacre to Rob Verkerk) on t'science, you're like any other drug reps: mostly claims overextrapolating from theoretical metabolic mechansms

(From Rob Verkerk to Ben Goldacre) Don't get it. There's a whole bunch of clinicians doing this stuff everyday and getting great results

(From Ben Goldacre to Rob Verkerk) that's another great drug rep line. we train medical students how to spot this stuff from pharma, from anyone.

(From Ben Goldacre to Rob Verkerk) then I wonder what conspiracy smear you will invent next, Robert. Exciting times for your imagination!

(From Rob Verkerk to Ben Goldacre) Ben, I can't think of one that I have invented - do let me know which you had in mind 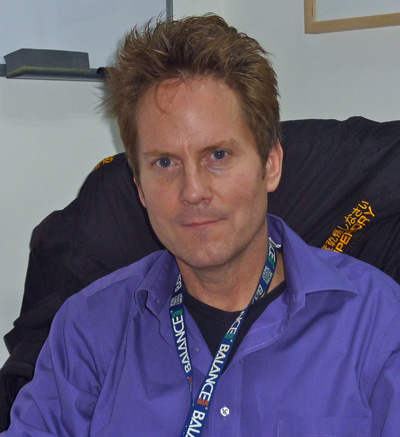 And nothing more of any value emerged. What it did show is that Goldacre loves throwing around abuse; and while he didn't go as far as with Telegraph journalist and climate change opponent James Delingpole, it's a far cry from a scientific discussion. The rather  hopeful words given by Goldy in his I,Science interview seemed hollower than ever.

Wasted effort? Probably not. We've understood a little more about just how deeply entrenched Goldacre and those of his ilk are in their views, and also their seeming lack of interest in engaging in meaningful scientific exchanges, at least where they pertain to matters of natural health (and specifically detoxification).

Thank goodness others see it differently.

We asked Rob Verkerk how he felt about having walked into Goldacre’s den. He told us:

“I felt I needed a good shower after each interaction. No synthetic shower gels of course. I also remember that Goldacre, when accusing me of smears and the like, asked me to look in the mirror. When I got home, late at night, I did just that. What I saw was a seemingly healthy, 51-year-old man who appears to have benefited from over 30 years of natural health. I also felt hugely relieved to not be surrounded by the seeming darkness that appears to engulf the skeptics.”