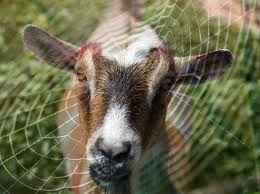 A recent BBC Horizon documentary on UK television, entitled Playing God, introduced us to spider-goats, yeast diesel, ‘bio-hacking’ by children and radiation-fighting bacterial implants. Sound interesting to you? If so, although the show itself isn’t available online any more, we strongly recommend that you listen to the accompanying podcast. Both documentary and podcast are hosted by Adam Rutherford, PhD, an evolutionary biologist turned, “Science broadcaster and professional geek”.

And if you feel a little unsettled afterwards, you’re definitely not alone.

Nature: a program in need of upgrading

Playing God takes us on a jaunty trip through areas of genetic research that are no longer consigned to the Twilight Zone. They even have a soundbite descriptor: ‘synthetic biology’, the main belief of which is that anything nature can do, humans can do better by harnessing the power of science.

Dr Adam Rutherford explains the concept of synthetic biology – in a church, of course

We meet the BioBricks project and its online catalogue of, “Freely available standardized biological parts”, and see how a roomful of enthusiastic amateurs can repeat an experiment that won a Nobel Prize in 2008. Finally, we’re treated to the spectacle of a mouse that can be controlled by a beam of light.

Playing God shows clearly that synthetic biology views nature as little more than a collection of building blocks, a DNA-based computer program that must be bent to humanity’s will.  However, throughout the programme, Dr Rutherford reacts like a kid in a sweetshop at each new technological marvel.  Not once does he question whether creating spider-goats is necessary, or whether the ‘trickle-down’ of genetic engineering into the community is a step too far. To be fair, he is critical that diesel made by modified yeast is still dirty, polluting old diesel, and a flicker of concern does cross his face at the sight of the light-controlled mouse. But otherwise, it’s all good for Dr Rutherford. So who is he?

For a start, he’s head of the audio and video department at Nature magazine. He’s also a confirmed skeptic – seemingly part of the job description for mainstream science presenters these days – and has appeared onstage with many of the movement’s leading players. Perhaps more pertinently, given the subject matter and attitude of Playing God, is his outspoken atheism. We’d hazard a guess that the vast majority of skeptics share his beliefs.

The logical result of a skeptic mindset?

This is neither an attack on Dr Rutherford or on atheists generally; we make no judgement on anyone’s spiritual beliefs, or lack of them. But surely it’s possible that lack of belief in anything ‘higher’ than human beings, a rejection of anything within humans or in the natural world that animates, connects, directs, designs or originates ourselves and all that surrounds us, is compatible with the ideas in Playing God? If every living thing is simply a collection of chemical processes, governed by DNA that evolved by accident from the primordial soup, putting enormous effort into harnessing and improving those processes makes a lot of sense.

It’s disturbing that an evolutionary biologist like Dr Rutherford can be so short sighted, and fail to raise more penetrating questions about where such experimentation with genetic material may lead humanity — and the planet on which we live.  We came across the following sketch recently on the Occupy Monsanto Facebook page.  Should Dr Rutherford have made a similar suggestion?

Too far, too fast

Similarly, one does not have to subscribe to belief in a god of orthodox religion to be somewhat squeamish about the directions genetic research is exploring nowadays. GM crops are already known to be highly dangerous to human health, and the risks of cutting-edge technology like BioBricks are entirely unknown. Putting the tools of genetic manipulation into the hands of enthusiastic amateurs may ‘democratise’ science, but it also dramatically increases the chance of genetically modified organisms escaping into the environment, or of new discoveries with unpredictable and unwanted consequences. Such ‘garage-based’ genetic engineering appears largely unregulated, which is ironic given the current efforts of governments worldwide to regulate the far more benign technologies of natural healthcare out of existence.

But if synthetic biology and BioBlocks are the “brave new world”, in the words of the project’s founder, ‘synthetic neurobiology’ as represented by the light-controlled mouse is even braver and newer – with implications for humanity that are both obvious and potentially terrifying. Dr Rutherford rightly referred to the mouse as a ‘cyborg’, and it doesn’t take much imagination to realise that certain quarters of the scientific, governmental and military elites will be very interested in this and similar research. In fact, they’re probably much further down the road with it than any television programme would ever show.

For us, genetic manipulation of the natural world is moving too far, too fast. It’s only nine years since the Human Genome Project announced the largely complete human genome to the world in 2003. The discovery that the human genome contains only around 23,000 genes – about the same number as mice – also overturned one of biology’s central dogmas: the ‘one gene–one enzyme/protein’ hypothesis. Science is nowhere near conclusively explaining how the cell turns so few genes into so many different proteins, nor to mapping what potential effects the organism may experience when even small numbers of genes are altered. The long list of adverse health effects from GM is ample testament to this fact.

A moratorium on GM crop technologies is clearly the way to go. However, since it is obvious that agricultural GM only scratches the surface of the extent of genetic manipulation, maybe a total freeze on all genetic experimentation is required until we truly understand the mechanisms involved.