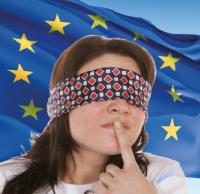 Ask your Member of the European Parliament (MEP) to veto the proposed list of 220 authorised ‘general function’ health claims which will also simultaneously forbid all health claims that have not been scientifically proven to standards set by the controversial European Food Safety Authority (EFSA).

Download EU citizens' campaign pack to find out how.

Quick access to instructions for writing to your MEP

Why is it so urgent to act now?

Once this list is passed into law, around 2,500 commonly used claims about the health benefits of foods and food ingredients (health claims) will be banned. In the past, these health claims are likely to have made it easier for you to choose particular foods and food supplements to help manage your own health, or that of friends or family. By comparison, the marketplace used by future generations will contain only a very limited number of frequently repeated, generalised health claims. With such limited information available, it will be much harder to choose foods and natural health products based on their specific health benefits.

A majority vote in the European Parliament remains the only way to block the passage of the list into European law.

The implications for society — and future generations — are enormous if we allow this reduced, deeply deficient list of health claims to become law.

You have a fundamental right to the information that will help you to understand what you are eating and drinking; to give you the ability to make informed choices; and ultimately, to have control over your own health and wellbeing. Don’t let the EU take this away from you.

Last Friday, a short list of just 220 health claims was passed to the European Parliament for its scrutiny. Only two obstacles remain before the list becomes law. The first hurdle will be cleared if the Parliament’s Committee on Environment, Public Health and Food Safety (ENVI) does not object to the proposed list. If a plenary vote taken by Members of the European Parliament (MEPs) within 90 days is also positive, only these 220 health claims will be able to be used to indicate the beneficial value of commercial food and health food products across all 27 EU member states. Some 2,500 health claims that were rejected by the controversial Parma-based institution, the European Food Safety Authority (EFSA), will be banned within 6 months.

In response to this, Alliance for Natural Health International (ANH-Intl) has today launched a campaign aimed at informing MEPs – in particular, members of the ENVI committee – of the risks of accepting the ‘general function’ health claims list in its present form.

Calling on MEPs, ANH-Intl’s executive and scientific director, Robert Verkerk PhD, said: “MEPs, like European citizens, rightly want to ensure that misleading information is removed from the marketplace. But the inappropriate standards of proof of benefit required by European authorities mean that thousands of health claims, including such obvious examples as the effects of eating prunes on digestive health, have been thrown out. Also, evaluation of health claims for some groups of nutrients, such as botanicals and probiotics, has yet to be completed, so it would be premature to turn the proposed shortlist of 220 into EU law.”

ANH-Intl has released a campaign pack that provides MEPs with detailed reasons why it believes the ENVI committee members should object to the proposed list when it comes to an internal committee vote on 9th February. Additionally, ANH-Intl will ask European citizens across the EU to urge their MEPs to vote against the list when it is considered in a plenary session of the entire Parliament, following the 3-month European Parliamentary scrutiny period.

The most recent successful veto of a regulatory proposal was in May 2010, when the European Parliament blocked the authorisation of the meat glue thrombin in the EU.

NOTES FOR THE EDITOR

About Alliance for Natural Health International and its European campaign

Alliance for Natural Health International is a non-governmental organisation dedicated to protecting and promoting natural and sustainable healthcare using the tools of ‘good science’ and ‘good law’. It is an international alliance of consumers, practitioners, doctors, scientists and lawyers, as well as specialist natural health enterprises, all with a common goal of optimising human health using, as far as possible, approaches that are compatible with human physiology and our genetic backgrounds. The World Health Organization, and other leading health authorities, have confirmed that the major burdens on healthcare systems the world over are now caused by largely preventable, chronic diseases. Since prevention of these diseases needs to be mediated largely through dietary and lifestyle changes, the EU’s Nutrition and Health Claims Regulation, and in particular its power to authorise and ban health claims, is of vital significance to European citizens’ ability to make informed choices over the foods and ingredients consumed.

ANH-Intl was established by sustainability scientist, Robert Verkerk PhD, in 2002, and Dr Verkerk remains its executive and scientific director.