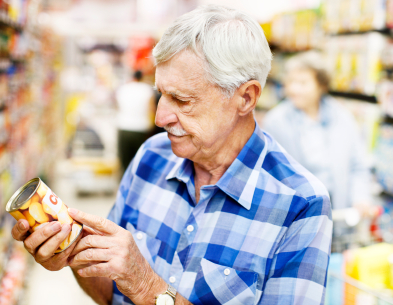 Tracking changing attitudes to the Nutrition and Health Claims Regulation

European lovers of free speech and the ability to make healthy food choices were quietly cheering this week, as Members of the European Parliament (MEPs) raised an official objection to the 220-strong list of health claims currently making its way through the European Parliament.  As we enter Stage Two of the campaign to stop the list from becoming law, it’s an appropriate time to take stock of where we are and how we got here.  How have the positions of the major players changed and evolved?  What are some of the arguments put forward as to why the list is a good idea? And why do we think that a veto is the only possible solution?

Who took what position when

The following links are all taken from Nutraingredients Europe, the most comprehensive source of EU regulatory news relevant to natural health products. They will allow the reader to track how the health claims list itself, and the responsible legislation, the Nutrition and Health Claims Regulation (NHCR; No. 1924/2006), have been reported over the past few years.

A brief summary of the above runs as follows.  The NHCR has always been a highly controversial piece of legislation, raising passions among MEPs, academics, trade groups, lobbyists and independent campaign organisations like ANH-Intl.  For the past couple of years, trade groups like EHPM and ERNA have been very vocal in criticising the NHCR, EFSA, the resulting list of approved health claims and even more so, the loss of health claims that have been rejected by EFSA.  Their opposition has pretty much matched our own in terms of public statements, extending even to a threat of legal action at one point.

But, now that it’s crunch time, ANH-Intl is suddenly alone.  Not a single trade association is now calling for a veto of the health claims list; in fact, the trade associations have been almost mute in terms of making public statements on the subject of the NHCR since 2012 began. They appear to have moved to a position of tacet approval of a regulatory regime they have long complained about.  To our mind, this represents a reversal in their position – and it may be key to understanding where things stand today. One wonders if this has anything to do with the EHPM being invited onto an influential European Commission standing committee.

Back in June 2010, no less than 50 MEPs signed a Parliamentary question expressing deep concern over the implementation of the NHCR.  The wording deplored, “Lack of clarity and transparency as regards the criteria for approving or rejecting claims... unnecessary additional costs [for small- and medium-sized enterprises (SMEs)...[the danger that] food industries may be discouraged from investing in research and new products...[and] that no impact assessment was required at the time the proposal was made (2003).”  If these concerns sound familiar to you, it’s probably because you just read them in the above links – coming from the mouths of the trade associations (and ANH-Intl).

Since that question was tabled, EFSA has done nothing to remedy the situation.  It seems determined to stick to its present path of unrealistic scientific substantiation, no matter what.  Even at the end of 2011, there were many MEPs on the ENVI Committee who opposed the imposition of such a limited health claims list.  But what we find now is that most MEPs on the ENVI Committee actually support the list becoming law.  It’s better to have something to work with than nothing at all, they say, since blocking the list will send everything back to the negotiation stage and add years to the process.  Companies can re-submit rejected claims, so the 220-strong list isn’t the end of the process.  And besides, the 2,500 or so rejected claims are quite obscure and irrelevant to the general public, so no great loss.

So, we have two main strands to this story: influential trade associations changing their positions at the crucial moment, and MEPs suddenly looking more fondly at the information-light regime promised by the health claims list.  Do we think they are connected?  Well, we think it would be a startling coincidence if they weren’t!  Trade associations are enormously influential with MEPs, as they represent large numbers of industry voices and are seen to have the consumer’s interests at heart.  A lack of opposition to the health claims list on their part would certainly carry plenty of influence with MEPs.

Apart from blocking the list, another solution has been proposed by food lawyer, Sebastián Romero Melchor.  He suggests using legal loopholes to keep EFSA-rejected claims on product labels.  However, this is at best a fudge – the only fix is to veto the health claims list entirely and force EFSA to look again at its assessment criteria, which are at the root of problems with the health claims list.

Our positions on the main reasons for support of the list among MEPs are as follows.

Once the list is adopted as law throughout the EU, the only way to add new claims to the list is to undertake new clinical trials (in healthy human subjects) – an extremely expensive process that only the biggest corporations can afford.  No-one is going to fund such trials for substances already known to be healthy, like berry fruits or broccoli, so health claims relating to those foods will become illegal for ever under the legislation

See above.  With the list cemented into EU law, a very small number of health claims will be legal, applicable to only 70 foods and food ingredients.  Only Big Food will benefit.  EFSA shows no sign of reassessing its scientific substantiation requirements, making it even less likely that the health claims regime would ever relax once introduced.  Much better veto the list and renegotiate, even if it takes a little longer

As Dr Verkerk said in our recent press release, “Even for more obscure substances – such as beta-glucans found in oats and barley – the sudden absence of a health claim for the ingredient’s role in supporting the immune system will unnecessarily confuse consumers.  Many purchasers of healthy foods or products do so because they have heard that the product is healthy for some reason, but they don’t know exactly why.  Health claims remind consumers of the reason they looked for the product in the first place.”

We believe that our reasons for wanting a veto of the health claims list are sound – much stronger, in fact, than any justifications for its becoming law.  Many thanks to all our supporters who have contacted their MEPs so far, but now things really start to heat up!  We need your continued efforts to persuade as many MEPs as possible throughout Europe that we are right – so let’s hit the social networks and get writing!