Home News Pouring fuel on the fire: the dangers of a high-sugar world 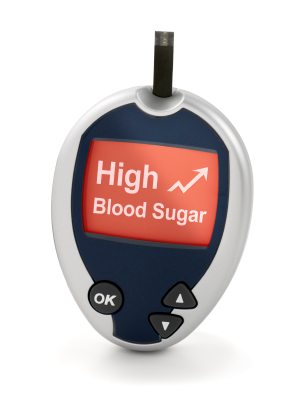 Pouring fuel on the fire: the dangers of a high-sugar world

Is it time to consider restricting access to another deadly white powder?

In imposing a tax on saturated fat for health reasons, did Denmark simply choose the wrong target?  In a Nature comment article, childhood obesity expert Professor Robert Lustig proposes a sugar tax instead – and there’s plenty of evidence to back him up.

But what’s wrong with a little bit of sugar every now and again? Nothing, according to Lustig – it’s just that keeping sugar to ‘a little every now and again’ is quite tricky. Like tobacco and alcohol, says Lustig, three mechanisms interact to make sugar highly addictive. Firstly, it prolongs the action of ghrelin, a hormone responsible for feelings of hunger in the brain. Secondly, sugar reduces the ability of another hormone, leptin, to tell the body that it’s eaten enough. And as if that weren’t enough, sugar also decreases one’s enjoyment of food by acting on brain dopamine, thereby encouraging the individual to eat more. And if you were only worried about sucrose and glucose, remember there is increasing evidence, as revealed by our colleagues at ANH-USA, that fructose (fruit sugar) is at least as much of a problem, especially when it is delivered in its refined (e.g. high fructose corn syrup) or synthetic form.

Any wonder, then, why the sugar content of many commercially available foods is so high?  As Lustig points out, “In recent years, sugar has been added to nearly all processed foods”, but the phenomenon of ‘added sugar’ in a sense also applies to fruits — and even more so to fruit-based products like fruit juices, baby foods, canned fruits and fruit-based desserts. Think of the humble apple and its increasing sweetness over recent decades, resulting in the eventual introduction of super-sweet varieties like Pink Lady – delivering around 16 grams of sugar per medium-sized apple.

Professor Robert Lustig on ‘The Bitter Truth About Sugar’

A bitter pill for the individual and society

Humankind was never meant to eat this much sugar. “Nature made sugar hard to get; man made it easy,” as Lustig puts it. From an evolutionary perspective, when we were hunter-gatherers, most foods we ate weren’t particularly sweet: berries, nuts, seeds and the occasional animal, roasted or sometimes raw. Fruits and honey were the sweetest items in our diets, and the glucose, fructose and other sugars in these foods were buffered by a complex of substances, thus preventing large blood-sugar swings. Now that sugar is the main, or sole, ingredient of many foods, is added to most others and is present in unprecedented amounts in the rest, the unsuited human genome is effectively being overloaded with sugar. Highly combustible fuel is being chucked on the fire of metabolism with carefree abandon.

The health consequences for the Western world are obvious in terms of insulin resistance, metabolic syndrome, obesity and type 2 diabetes (T2D). Even children are regularly being diagnosed with T2D, previously known as ‘adult-onset diabetes’. Unsurprisingly, healthcare systems are stretched to breaking point, and evidence is emerging that the drugs used to control T2D may have their own, very serious, issues.

A nudge in the right direction?

In his Nature article, Prof Lustig reveals himself as a fan of ‘nudge theory’: government use of taxation and other mechanisms to ‘nudge’ the populace in a preferred direction. Prof Lustig suggests that sugar should be controlled in a similar manner to alcohol through taxation, restriction of availability and even age limits for buying added-sugar foods.

It’s clear to us that a very large proportion of us in the Western world are eating far too much sugar, much of it through no choice of our own. Before the creaking healthcare systems in these countries collapse entirely, it’s vital that we find ways of reducing sugar consumption and of relieving the burden to society of sugar-related diseases. It is essential that that we do all we can to ensure our children do not grow up with a ‘sweet tooth’, only to become sugar addicts who then suffer lifelong health problems as a result of their addiction.

A ‘nudge’ in the form of a sugar tax is certainly an option, although it would be yet another financial burden on the least well off and smacks of the nanny state. For us, the ideal solution would be a combination of public education on the dangers of excessive sugar intake and voluntary reductions in the sugar content of foods by manufacturers. Given the plentiful array of vested interests involved, however, we don’t expect this situation to occur any time soon.

And, rather absurdly, where would dieticians be without a huge array of sugary foods for their cancer patients?