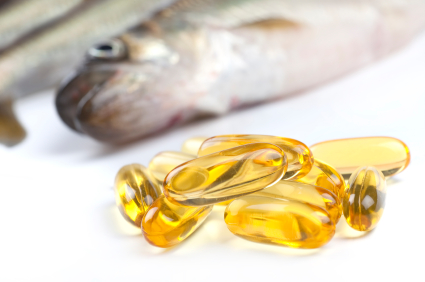 How could drug counselling be forced on a 15-year-old boy who gave one of his classmates a fish oil capsule, containing essential Omega-3 fatty acids? Read on and you’ll see how.

To say we were disturbed to read of a schoolboy in Sioux Falls, USA, being suspended from school and told he must undergo drug counselling for innocently sharing a single fish oil capsule with a chum was an understatement.  Apparently sharing dietary supplements is now considered in the same light as dealing mood-altering pharmaceuticals or illicit drugs!  When 15-year-old Nic Sutton—clearly from a nutritionally aware family—dropped his gym bag, his fish oil capsules spilled out.  A friend asked what it was Nic gave him one to try.  Let’s remember fish oil is a food—not a drug.

Bounty from the sea

As a food, oils from cold-water fish offer a rich source of long-chain polyunsaturated fatty acids known as Omega-3 oil.  Omega-3 fatty acids are considered essential for normal growth and health and have been especially implicated in brain development and cognitive function, the kind of functions you might want to optimise in school-age children. They comprise two main polyunsaturated fatty acids (PUFAs); one is called docosahexaenoic acid (DHA), the other eicosapentaenoic acid (EPA).  They function as structural components of membrane phospholipids, modulators of gene expression and precursors of anti-inflammatory and immune mechanisms amongst many other actions.  Despite being essential for our heath, many people eating a typical Western diet are now deficient, which is a contributing factor to developing chronic disease.

The United States Department of Agriculture (USDA) Agricultural Research Service ‘What We Eat in America’, NHANES tables for 2007-2008 show that whilst fat accounts for a third of the energy intake of US children, girls aged 12-19 are only consuming 1.16 g and boys of the same age, 1.42 g of omega-3 fats.  In contrast, the average daily amount of omega-6 oil consumed by the same US children was around 10 times higher.  A reflection of the high consumption of vegetable oils in processed foods and snacks.  The ratio between omega-3 and omega-6 oil is also an important factor in health management.  Lower ratios of omega-6 to omega-3 fats are associated with a reduction in risk for developing many chronic diseases so prevalent in the West.  Current US figures are showing a ratio of approximately 1:11 omega-3 to 6, which is far too high.  The ratio in the UK amongst children of a similar age in 2008/2009, was approximately 1:5, but this is still too high. Scientific consensus suggests the ratio should be around 1:3. The solution, chosen by many, including Nic Sutton’s family, is to take a fish (or algal) oil supplement to boost Omega-3 intake.

Both US and UK diet and nutrition surveys show the same worrying trends.  Far too little protein (the main building blocks of young bodies), fruits and vegetables are consumed, but the opposite is true for sugar, refined carbohydrates and trans fats.  Highly processed, sugary, fatty snacks make up nearly 30% of the daily energy intake, with vitamins, minerals and phytonutrients hardly registering.  Intakes of some essential vitamins e.g. vitamin C, stand at an average of 86 mg per day for US teenagers and 83 mg in the UK.  While these amounts just reach the EU RDA (which stands for Recommended Daily Allowance and technically refers to government-approved amounts ) — they are far too low for optimum intake. Is it any wonder that some think the RDA actually stands for “Really Dumb Amount”?

The message is clear, the children of today are over-fed, under-nourished and facing a sick future if nothing is done to alter the current course.  The new phenomenon in developed countries where children of this and the coming generations are going to be sicker than their parents; where chronic diseases normally associated with the later stages in life will be commonplace in children, is not progress.  It’s up to us and responsible parents, like Nic Sutton’s, to drive healthcare policy, not corporate agendas.

Here are some general guidelines for childrens’ and young peoples’ diets: