Home News ANH FEATURE: From confusion to chaos: the poisoned legacy of the THMPD 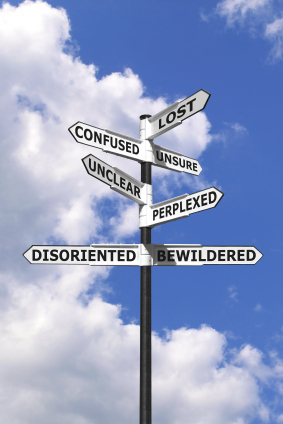 ANH FEATURE: From confusion to chaos: the poisoned legacy of the THMPD

Poorly written or implemented laws always lead to chaos, especially when they apply across a huge and diverse geographical and political area like the European Union (EU). And once again, the EU’s Traditional Herbal Medicinal Products Directive (THMPD) is proving itself to be one of the most flawed pieces of legislation yet devised by the EU – which, given the competition, is quite an achievement!

Puppet on a string

In the UK, the medicines regulator, the Medicines and Healthcare products Regulatory Agency (MHRA), is showing just how ‘independent’ and ‘unbiased’ is its interpretation of the THMPD. It has begun to crack down on ‘unlicensed medicines’ via the THMPD and EU medicines law – and its interpretation of those laws appears to be at the bidding of a shady campaign aimed at protecting the profits of the bigger companies that can buy their way into the narrow regulatory regime, built around their specific types of product. A far cry from the MHRA’s proclaimed virtues of integrity, openness and impartiality, we would say!

The latest victim of the MHRA is a sports nutrition company, Predator Nutrition. Predator was in the news recently after the MHRA became the first EU Member State competent authority to begin targeting companies selling products containing 1,3-dimethylamylamine or DMAA. DMAA is taken before a workout to help boost performance, and controversy has raged over possible links to liver damage and the deaths of two US servicemen – as well as over whether the substance is artificial or derived from the geranium plant.

It appears that the MHRA may be using the DMAA furore as a convenient ‘foot in the door’ at Predator, since it has also told the company that it must cease selling products containing milk thistle, valerian, clary sage and many other herbal ingredients. Some of the herbs in Predator’s products are on restricted lists in the UK, such as Ephedra spp. and Pausinystalia yohimbe (yohimbe).  Therefore, the MHRA could be said to be only doing its job by targeting these products.  The same cannot be said for herbs like milk thistle, with centuries of safe use in the UK and elsewhere – but the MHRA doesn’t see it like that. “The MHRA has told us that if our products contain higher doses of herbal ingredients than are found in foods, then they’re medicines and should be licensed under the THMPD," Reggie Johal, Predator’s founder, told ANH-Intl. And that’s not all. “They’ve also told us that any herbs we’re using in our products that have never been eaten in the UK are medicines," continued Mr Johal. A double whammy from the medicines regulator that could see many of Predator’s products disappear from the UK.

In justifying its draconian policy on herbal ingredients, the MHRA is sticking to a familiar position – but it appears to have expanded its enforcement strategy. Its opinion that herbal doses in excess of what can be obtained from foods are medicinal is explained in Figure 1, which represents our interpretation of the second limb of the EU medicines directive.  This limb defines any substance as medicinal if it, “….may be used in or administered to human beings either with a view to restoring, correcting or modifying physiological functions by exerting a pharmacological, immunological or metabolic action” (Article 1(2), Directive 2004/27/EC). This covers everything in the red zone of Figure 1 – anything that acts to bring the human body back to normality from a position of dysfunction, or illness – and includes doses of herbal ingredients beyond those obtainable from foods. It is also an astonishingly broad definition that technically classifies a glass of water as a drug: a loaded gun for regulators to use on products they don’t like.  And the MHRA is as trigger-happy as they come. 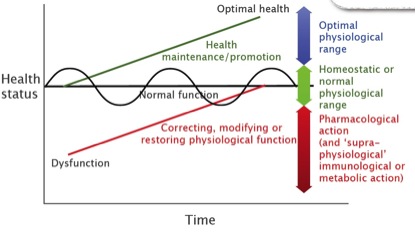 Figure 1. The effect of the Human Medicinal Products Directive. Everything in red is defined as a drug.

A disputed history of food use

The MHRA has also long used ‘history of food use’ as a basis for deciding whether or not herbs are medicinal. In the past, a history of food use has meant that the herb can be sold as a food supplement. But in the case of Predator Nutrition, the MHRA is calling even benign herbs like milk thistle and clary sage medicinal – even though its own guidance document clearly states they have a history of food use!

According to UK-based magazine The Ecologist, “Milk thistle is another weed that can prove a tasty addition to your supper...raw shoots can...be eaten as crudités”, while the National Toxicology Program of the Department of Health and Human Services in the USA declares that, “Milk thistle has a long history of European cultivation for food”. As for clary sage, the Oxford English Dictionary entry for the plant reads, “An aromatic herbaceous plant of the mint family, some kinds of which are used as culinary and medicinal”.

So, what we have here are two herbs with obvious histories of food use.  So, the only argument the MHRA has left is that the amounts of active ingredients within the herbal products – i.e. the silymarin in milk thistle and, say, the sclareol in clary sage – are way higher than those that could normally be consumed in food.  Their evidence for this?  We’re not sure they have any.

So, the MHRA is contradicting its own guidance and the published historical data by declaring certain herbs as drugs. Why might that be? Well, cackling gleefully in the background of this story is one Simon Mills, spokesman for the Herbal Quality Campaign (HQC). “It’s what we’ve been asking for,” he gloats. Behind the thin modesty veil of the HQC’s ‘public safety’ stance hides a campaign designed to protect the profits of companies, such as Schwabe and Bionorica, who invested heavily in the THMPD and are unhappy that the MHRA hasn’t been forcing the non-THMPD-registered competition, i.e. botanical food supplements, off the market. It seems that pressure from the HQC – whether direct or via UK Members of Parliament (MPs), who have been the main target of the HQC’s lobbying – might be persuading the MHRA to crack down. Never mind that its justification is spurious, or that the herbs, as opposed to the products, being targeted are perfectly safe and legal.

In a lovely example of synchronicity, George Monbiot wrote an article on conflicts of interest in public bodies for the UK’s Guardian newspaper on Monday 12th March – and guess who was one of the corrupt bodies he pointed to? “While the [MHRA] board contains retired senior executives from AstraZeneca and Merck Sharp & Dohme, it includes no one from a patient group, or any other body representing people whose health could be damaged by its decisions," Monbiot wrote, drawing an instant response from the MHRA. Since the MHRA is entirely funded and partly staffed by the pharmaceutical industry, it’s difficult to see how its regulatory strategy could avoid being biased toward Big Pharma interests – which raises an interesting question. Now that they are being officially regulated by the MHRA, will phytopharmaceutical companies and HQC backers contribute to the MHRA’s upkeep in the same manner? It seems only fair for ‘services rendered’.

The UK isn’t alone in feeling the pinch of over-zealous regulators empowered by the THMPD. In Belgium, civil servants at the Ministry of Health are telling manufacturers attempting to register herbal products as food supplements that all of their products are illegal, unauthorised novel foods. The problem is so bad that a panel set up specifically to assess the food supplement status of herbs hasn’t yet been asked its opinion on a single herb, because they’ve all been arbitrarily classed as novel foods! Some Belgian companies are already considering shutting up shop because of this ridiculous treatment.

In Holland, importers of herbs are being forced to expensively test all of their products for polycyclic aromatic hydrocarbons (PAH), after a handful of samples tested PAH-positive. Although PAH are poisonous, they are insoluble in water, and the watery decoctions used overwhelmingly for authentic Ayurvedic and Chinese herbal formulae almost never contain PAH. Until now, companies importing herbs into the Netherlands have followed Hazard Analysis and Critical Control Points (HACCP) guidelines, which recommend a PAH testing regime that takes this into account. However, the Dutch Ministry of Health, Welfare and Sport has set a maximum level for PAH that is around 10 times lower than elsewhere in Europe – thus explaining the positive cases. Manufacturers are faced with a further problem in that the few laboratories that can cope with such a low limit of detection charge a premium for their services. Like in Belgium, this huge over-reaction by the authorities may force several companies to the wall.

An odd form of clarity

“We have been asking for consistency and clarity and this is a good sign,” says Simon Mills. Presumably, this is the kind of ‘clarity’ that sees medicines regulators defy their own guidance to do the bidding of big companies, and the type of ‘consistency’ that persuades them to begin universally applying the Novel Foods Regulation to herbal products, overnight and seemingly on a whim. The end result is the same everywhere: herbal product manufacturers’ lives are made intolerable by endless red tape and bureaucracy, and they decide to go elsewhere or shut up shop. According to Reggie Johal, this may be a deliberate strategy: “The MHRA has told us they’ll be happy if our business relocates outside the UK, as long as it’s out of their jurisdiction.”

All this sorry situation really does is to hammer home what a terrible mess EU herbal medicines, food supplement and novel food legislation is in – and that our legal challenge to the THMPD is our best hope of changing things for the better.