Home News ANH Feature: Being made sick for the sake of corporate profits 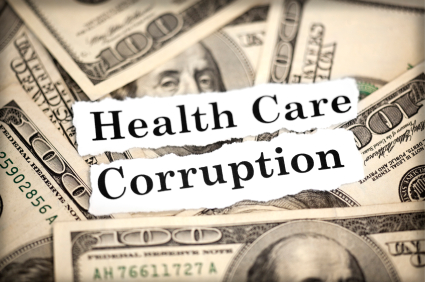 ANH Feature: Being made sick for the sake of corporate profits

Find out how we become fodder for Big Food and Pharma&mdash;or otherwise

Do you ever sometimes feel like you’re a pawn in someone else’s game? Well, we believe that’s because you are. Customer loyalty has helped to create a huge transnational food and pharmaceutical industry but if the majority of us were to choose to place our loyalty elsewhere, the house of cards would simply collapse. That’s why the food industry is so threatened by those of us who choose to avoid supermarkets, shifting our spend to locally-sourced, organic suppliers, ‘box schemes’ or community-supported agriculture (CAS) schemes. It’s also why the orthodoxy is so averse to us managing our health through so-called alternative means.

In this feature, we look at some of the simple steps taken to ensure that as many of us as possible remain customers of the corporate giants. We then look at how we can choose—should we so wish—to ‘unhitch’ ourselves from this exploitative bandwagon.

Step 1. Ensure medical doctors are not trained in diet and lifestyle modification

A review of medical curricula will remind us that doctors receive minimal training in nutritional and lifestyle management.[1] Medical schools teach many thousands of facts about how the body works, and how to treat illnesses with drugs and surgery but very little education is delivered on ways of preventing diseases developing in the first place. There is a long history of pharmaceutical industry involvement with medical schools and the development of the medical syllabus.

At the first sign of illness, most people will book an appointment with their doctor and walk out with a prescription. They generally don’t understand that the drug prescribed may only relieve symptoms of the illness and will unlikely deal with its route cause. Rarely do they fully appreciate the side effect risks they take. Many people over 60 are on multiple medications and suffer adverse effects caused by ‘polypharmacy’.[2] These effects have never been tested for as safety studies carried out on drugs prior to them being licensed involve single drugs, not combinations of drugs.

Step 3. The sicker the public, the bigger the market

For those whose livelihoods or profits are based on sales of pharmaceuticals, there is little incentive to stop people getting sick. The processed, simple carbohydrate-laden offerings of Big Food are making us fat as well as sick at an unprecedented rate.[3] Big Pharma then gets to profit from our diseased state. It’s a form of mutual dependency: Big Food sells highly convenient, accessible, fattening foods that we can’t resist, and that predispose us to a higher risk of diabetes, cancer and heart disease.  Big Pharma then wades in and exploits the rich pickings with its medicine chest of patented or generic drugs. The earlier people start getting sick and the longer they live, the bigger the market.  The evidence supports this view: chronic disease and obesity incidence is increasing in ever younger age groups and, since the ceiling in life expectancy has already been reached, life spans are now beginning to shorten. Obesity-related diseases are the primary drivers in this trend.[4]

Step 4. There’s no money to be made from disease prevention

If your business model relies on people getting sick, why would you want to prevent disease? If nutrition and lifestyle management are central to getting healthy, who is set to gain financially? Certainly not the drug companies. But we do indeed see continued expansion of sports and fitness related industries, health spas, as well as the natural products market. Since the public has continued to vote for alternative medicine and natural therapies with its wallet, this area has, directly and indirectly, become a major target for the drug companies.[5] Bogus studies generate negative media publicity, and this publicity is orchestrated by PR agencies or media channels supported by drug companies.

Step 5. Let’s use regulation to strangle the natural health sector

In many cases natural products, if used in conjunction with a healthy diet and lifestyle, can almost completely replace the need for drugs — especially when it comes to chronic and even many infectious diseases. But there is a plethora of legislation being developed and implemented in the US, Canada, the European Union (EU), Australia and other countries that aims to kneecap the natural health sector.[6] These laws make it progressively harder to market effective natural products especially with Governments sitting together in organisations like the Codex Alimentarius Commission [7] working out how they can create rules that benefit the biggest food and pharma companies.

Regulators often claim that the laws they are developing to regulate natural products, modelled on the ones required for drug licensing, are aimed at protecting consumers. This is in itself a non-sequitur given that drugs are the most dangerous substances typically ingested by humans.[8] Natural products are the safest things we routinely place in our mouths, on average being over a thousand times safer than the average food, and over one hundred thousand times safer than the average drug. These rules, implemented directly by government bureaucracies, are about setting an obstacle course that is impassable by smaller companies. They are both trying to regulate the types of products available, including their dosage, as well as the claims that can be used that help inform a potential consumer of its benefits to their health. The smaller companies have long been the pioneers and innovators in the natural products industry. Rather than killing off these businesses in one fell swoop, they are doing it slowly. Metaphorically, it’s like boiling the frog slowly; many may have heard that a frog put in a saucepan of water whose temperature is raised slowly will succumb to the boiling water. One dropped in water, senses the danger and immediately leaps out to safety. Politically, this is referred to as ‘gradualism’ and it’s both sinister and seemingly innocuous. But when your gameplan spans the time frame with which the pharma companies are working—and that’s several decades—it’s probably the cleverest strategy they can muster.

Sitting on the sidelines is simply not an option if you care about your—and the next generation’s—future and want to manage your health naturally.