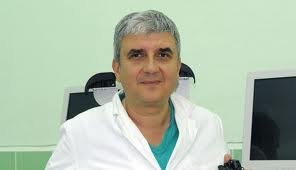 Serbian scientist and apparent vitamin opponent, Goran Bjelakovic, is back with a predictable update to a 2008 attack on antioxidants. Usefully, though, Dr Bjelakovic has now revealed his agenda – and antioxidant-lovers can safely ignore his largely meaningless conclusions.

Dr Bjelakovic specialises in re-examining other people’s data using statistical modelling, otherwise known as ‘meta-analysis’; he never brings new research to the table. This new paper examines 78 randomised, controlled trials (RCTs) of the effects of antioxidant supplementation on mortality, which has been updated from the 2008 paper to include data from the Selenium and Vitamin E Cancer Prevention Trial (SELECT) trial. Bjelakovic’s conclusion reads, with wearying familiarity, “We found no evidence to support antioxidant supplements for primary or secondary prevention.  Beta-carotene and vitamin E seem to increase mortality, and so may higher doses of vitamin A.”

The usual problems with Bjelakovic’s methodology apply to this study, particularly:

Perhaps more interesting than the paper itself are the authors’ responses to criticism of their earlier work, in which they reveal a clear anti-supplement agenda. In the paper’s conclusion, they declare that, “Antioxidant supplements need to be considered as medicinal products and should undergo sufficient evaluation before marketing,” a position they describe in the paper’s online ‘Feedback’ section as, “A political statement. We...hope that some politicians and regulatory authorities will act as brave individuals and not servants of the [vitamin] industry”.

Call us crazy, but that sounds like bias to us. And it leads us to believe that Dr Bjelakovic is probably fully in favour of media misinterpretation saying that all antioxidants – even plant-based ones that are conspicuously absent from the paper – are useless or dangerous.