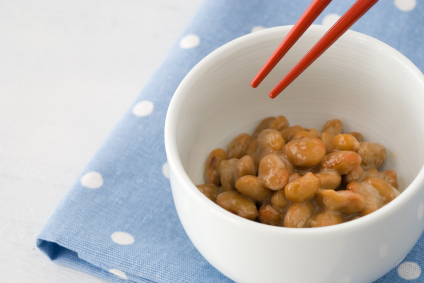 It is extraordinary that a key health claim for a vital nutrient upon which even the earliest forms of life have depended has been refused by our esteemed European Food Safety Authority (EFSA), twice! The claim relates to vitamin K2’s contribution to the ‘normal function of the heart and blood vessels’.  Ironically, even Coca Cola, from their base at Sugar Land, Texas, has confirmed the link between vitamin K and cardiometabolic syndrome.  A huge mass of evidence, that is regularly being added to, demonstrates the critical importance of vitamin K, particularly K2, in reducing the risk of the number 1 killer disease in Western societies – cardiovascular disease.

Vitamin K2 is a vital link in the calcium story. Together with vitamins A and D, it activates proteins (gamma-carboxylation) that modify special calcium moving proteins: osteocalcin (into bones) and matrix gla protein (MGP) (out of blood vessels, veins and skin). Expressed simply, this effectively means that vitamin K gets calcium to the appropriate place in the body, and its action is unique and essential. It also means it stops calcium from building up in the wrong places in the body, such as when associated with hardening of the arteries or the build up of arterial plaques (atherosclerosis).

The implications of vitamin K2 and its role in activating MGP, for the prevention of vascular calcification (hardening of the arteries), which is a major a risk factor for heart disease, stroke and vascular dementia, cannot be ignored. A number of studies have even revealed a reversal of arterial calcification when sufficient quantities of the correct form of vitamin K2 have been used. Thousands of nutritional and integrative medical practitioners are of course familiar with this benefit, but their opinion — strangely in today's world — counts for nothing.

Which form and which source?

Vitamin K1, also known as phylloquinone, is found in green leafy vegetables and some vegetable oils e.g. soy and olive oil. Hydrogenation of vegetable oils can be a problem, so cold-pressed olive oil is the best choice.  Whilst the body can make some of the forms of K2 from K1, the majority of dietary K2 comes from animal sources – eggs, meat, dairy, fish and fermented foods.  There are many forms of K2, or menaquinone, and they are classifed as MK-1 through to MK-10.  MK-7, from fermented foods and fish, has been found to be the most effective form of vitamin K2 for protecting against cardiovascular disease and even reversing hardening of the arteries.

Modern life and agricultural practices have left the majority of us very deficient— unless we consume the dairy products or yellow-fatted meat from grass-fed animals. This yields the menaquinone-4 (MK-4) form of K2, which needs to be consumed more frequently because it doesn't last long in the blood stream.  Various fermented foods such as Japanese ‘natto’ provide a rich source of the desired menaquinone-7 (MK-7) form, which is more bioavailable and remains longer in the bloodstream. Whilst you can get MK-8 and MK-9 forms in cheese, cow-dairy may not be the best delivery system due to intolerance, malabsorption and opioid effects.

An effective daily dose of supplemental MK-7 ranges between 100 to 150 micrograms. The studies are clear that Vitamin K deficiency increases arterial stiffness and calcification of arterial cardiac valves, resulting in hypertension and atheroscleriosis. With the lack of availability of produce from grass-fed animals and the reduction of fermented foods in the diet, K2 deficiency is now widespread. National dietary surveys in both the UK and US show that levels of K2 are low, despite a large consumption of diary products. It's important to remember that low by conventional standards means extremely low in terms of the levels needed to protect against cardiovascular disease or reverse arterial calcification.

It is this MK-7 form of vitamin K2, particularly widely consumed and studied in Japan, that has been found to be particularly helpful and effective for maintaining the elasticity of blood vessels, and preventing calcification of arteries (associated with cardiovascular disease), veins (varicose veins) and capillaries (associated with vascular dementia). In a 2009 study, the MK-7 form of K2 was among the more effective forms for reducing the risk of CHD. However, since other ‘forms’ in this particular study appeared less effective, EFSA discounted these particular positive MK-7 results.  This appears to represent a failure by EFSA to recognise the different effects of different forms, something we've long criticised EFSA for ignoring.  There is perhaps the same confusion between menaquinone K2 forms and the phylloquinone K1 form (essential for blood clotting) that has persisted for 70 years.

In 1939 the dentist Weston Price discovered and extensively studied an ‘Activator X’, which was later revealed to be vitamin K2. It was in 1997 that researchers threw light on the mechanism for vitamin K2’s unique role in calcium metabolism. The good news is that there is now much evidence for this mechanism, but try telling that to EFSA and to the mainstream science and medicine community.