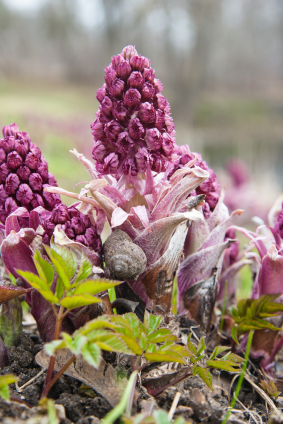 Butterbur (Petasites hybridus) has been used to relieve headaches for centuries. But the UK’s Medicines and Healthcare products Regulatory Agency (MHRA) has decided to pull all butterbur products from the UK market, on what appears to be extremely flimsy evidence. What’s going on?

Butterbur: a “serious risk” to health

Back in January this year, the UK’s medicines regulator sent a letter to herbal representatives asking them to voluntarily withdraw all unlicensed butterbur products from the UK market – which meant all food supplements, since no butterbur product has yet been registered under the Traditional Herbal Medicinal Products Directive (THMPD). It also warned consumers that, “Butterbur products have been associated with [40] cases of liver toxicity [in the literature]. Of these cases, nine were of acute hepatitis and two of the nine cases resulted in liver failure requiring transplantation.”

The long arm of Ron Law

While researching the relative risk of death associated with food supplements and other substances and activities, consultant Ron Law asked the MHRA for its scientific justification behind the butterbur decision. The MHRA responded by sending him a copy of a paper by Anderson et al [1], which the MHRA had helpfully highlighted in order to show its reasoning.

Here are the key reasons why the MHRA decided to remove all butterbur products from UK shelves:

So, it appears that the MHRA has pulled butterbur based on the findings of a single paper, not waiting for them to be expanded upon or even repeated. A paper, moreover, that reported potential toxicity in rat studies and test-tube experiments – so-called ‘preclinical’ studies that, as likely as not, are completely unrelated to what would happen in living, breathing human beings. Not to mention that those experiments used doses enormously in excess of anything a person taking Petadolex, or any other butterbur-containing product, will ever receive in real life. Nowhere does the MHRA appear to have considered that people have been using butterbur for centuries to manage headache, or even that its use is associated with significant benefits – only supposed risks.

But the MHRA still hasn't added butterbur to the list of prohibited herbs in the UK, so, as yet, it's not officially a banned herb. It seems butterbur may be being used as another scapegoat to justify further clampdowns on herbs, something we’ve been expecting as the UK’s ‘sell-through’ of unlicensed herbal products phases out.

Herbs – and food supplements – are safe

As we demonstrated last week, herbal products and food supplements are among the safest substances we consume. Yet, here we have products being removed from the market using a level of precaution that is simply ridiculous — while completely ignoring any benefits that consumers of those products might receive. Obviously, if the MHRA applied the same over-precautionary principle to mainstream medicines, not a single one would remain on the market!