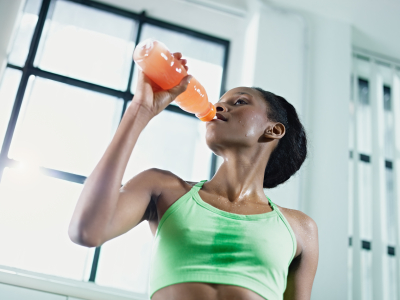 In what must be a world first, the European Food Safety Authority (EFSA) has been accused of lax scientific substantiation requirements for approval of health claims. But a closer look suggests EFSA might yet again have allowed itself to bias its evaluation process in the interests of some of the largest businesses on the planet.

Accurate? Are you sure?

Recently, the British Medical Journal published an article by the Department of Primary Healthcare Services at Oxford University, questioning the science behind the health claims accepted for sports performance-enhancing drinks. EFSA promises only to approve health claims made on food labelling and advertising that are “…meaningful and accurate, and can thereby help consumers in making healthy diet choices.”

We have not been shy about criticising EFSA’s methodology in the past. However, despite the often-farcical goings-on over at EFSA HQ in Parma, Italy, we’ve never accused EFSA’s expert panels of being too lenient in deciding what level of science supports a proposed health claim – quite the opposite, in fact. As it happens, though, we have often accused them of being too lenient over GMO approvals, which seem designed to benefit the biotech industry, while exposing both the environment and European citizens’ health to unnecessary risks.

When it comes to health claims on products like green tea, valerian, coenzyme Q10, glucosamine/chondroitin, probiotics, and numerous other natural ingredients, EFSA has set the bar ridiculously high and rejected all related claims. We believe wholeheartedly that there should be a process in place to challenge EFSA’s decisions on approved claims, as well as those rejected.

While we may not agree with the Oxford group about EFSA's leniency on claims, we are on board when it comes to their criticisms of EFSA's apparent jettisoning of scientific rigour when examining the health claims related to sports drinks. 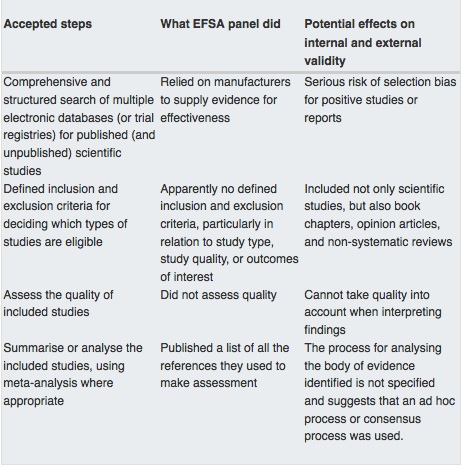 Note that EFSA didn’t even assess the quality of the studies it examined, relied overwhelmingly on the product manufacturers to supply evidence of effectiveness and used inappropriate references.

So which companies are among the market leaders in sports drink sector – and who might really be calling the shots? Well, here’s two of the major players, whose footprints are all over this issue: PepsiCo is currently one of the biggest players worldwide, with products like Gatorade, and the word’s second largest drug company GlaxoSmithKline (GSK), is pushing Lucozade for all it’s worth.

Sport supplements under the microscope

In an accompanying UK BBC programme and second paper, the Oxford group also looked at the validity of the science relating to sports supplements, such as branched-chain amino acids. Its findings were similar: “There is a striking lack of evidence to support the vast majority of sports-related products that make claims related to enhanced performance or recovery, including drinks, supplements and footwear.” On this occasion, EFSA agreed with the researchers.

All part of a bigger plan?

Almost to the day that the BBC Panorama programme on sports products aired, the UK’s Medicines and Healthcare products Regulatory Agency (MHRA) swooped to remove 84 sports nutrition products from sale, for containing “dangerous ingredients”. The MHRA specifically mentions hormones, steroids and stimulants, as well as substances like ephedrine and yohimbine – both of which are plant-derived.

The MHRA has used the imminent start of the Olympics as a good reason to start its clamp down.

Remember the incident involving sports nutrition company, Predator Nutrition, where the MHRA targeted products containing 1,3-dimethylamylamine or DMAA? As well as cracking down on DMAA, the Agency targeted products containing innocuous yet medicinally useful herbal ingredients, like milk thistle (Silybum marianum). We wonder whether the MHRA will again use this as an opportunity to target herbal ingredients, this time in sports nutrition products.

We might expect that the smaller companies making the more efficacious products will become the primary target, yet the big boys like PepsiCo and GSK selling their sugar water and useless supplements will be left to increase their market share even further. No matter whether these kinds of products push people in the direction of insulin resistance and type 2 diabetes.