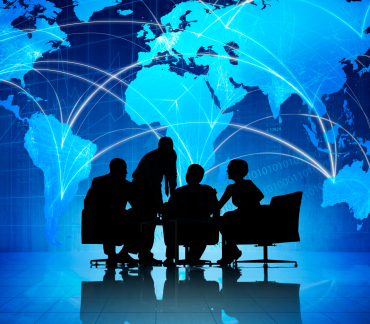 The ominous direction of Australasian legislation


Big changes ahead for New Zealand on vaccination and healthcare regulation

All over the world, the pressure on parents to vaccinate their children is constantly increasing, and Australia and New Zealand are no exceptions. Indeed, Australia recently became the first country in the world to introduce the controversial human papillomavirus (HPV) vaccine for boys. Pressure on parents often comes from family doctors, friends and peers, usually through a well-meaning misunderstanding of the ‘herd immunity’ concept. This pressure is often exaggerated through an unholy alliance of confusing legislation, unclear science and an hysterically pro-vaccination media. Just such a situation recently occurred in Australia – and may well be on the cards in New Zealand.

A flurry of media reports at the end of 2011 heralded a change by the Australian government to the rules governing vaccination and payment of certain benefits. In short, Australians who refused to get their kids fully vaccinated would be denied state benefits totalling AUS$2,100 (equivalent to £1395, €1,779 or US$2,163).

What the media didn’t make clear to readers, however, was that the law entitles parents to refuse vaccinations for their children, following a discussion with their doctor. In a clear example of language being deliberately selected for its emotional charge, vaccine-refusing parents are labelled ‘conscientious objectors’ by the legislation providing for the exemption.

Oddly enough, it was left to voices in the Australian vaccine choice movement, such as Meryl Dorey of the Australian Vaccination Network and long-time campaigner Viera Scheibner, to point out this extremely salient fact. Perhaps less oddly, the Murdoch press in Australia has come out strongly against parents who opt to exert their legal rights.

Now, in New Zealand, stories are surfacing that bear an uncanny similarity to those that kicked off the recent vaccine/benefits ‘scare’ over in Oz. We await further developments with interest.

While it looks rather like New Zealand may be preparing to align its vaccination policy firmly with Australia’s, shots aren’t the only health policy currently undergoing some form of harmonisation in that part of the world. Health claims on foods, for example, where the sides in both Australia and New Zealand are taking broadly similar positions to those that have marked the lengthy European debate that has led to the EU register of health claims on foods and food ingredients. This is a clear example of the international community harmonising with misplaced inter-governmental consensus decisions being made at the level of Codex Alimentarius, where methods of scientific substantiation of health claims have been on the agenda since 1997.

The rise of the ‘trans-Tasman’ agency

Unfortunately, two other recent developments may be even more worrying for New Zealand’s natural health sector. First, and despite prior defeats in the New Zealand Parliament, a ‘trans-Tasman’ regulatory agency called the Australia New Zealand Therapeutic Products Authority (ANZTPA) has been agreed, with jurisdiction over natural health products. It will be modelled on the Australian Therapeutic Goods Administration (TGA) and will replace both the TGA and New Zealand’s Medsafe – and is being sold to the public under the usual guise of “safeguard[ing] public health and safety”.

We and others pointed out the flaws in the ‘trans-Tarman’ approach back in 2008, when the proposal was for the ANZTPA simply to treat all natural health products in both countries as drugs. Since then, New Zealand has introduced – but not yet implemented into law – a Natural Health Products Bill, a Parliamentary report on which is due any day now. This Bill will enact a regulatory scheme specific to that country, and ANZTPA regulators will use a staged approach to bring the New Zealand natural products sector under their control – in other words, they will ‘see how it goes’ with the Natural Health Products Bill before reviewing the situation in 5 years’ time.

We take some comfort from the fact that ANH-Intl affiliate, the New Zealand Health Trust, has worked tirelessly to influence the Bill and continues to support its general thrust – despite still having major concerns with aspects of it. Time, as ever, will tell whether this latest example of regulatory convergence will bring the natural products industry of yet another country into the cold embrace of Euro-styled, pharmaceutical-influenced legislation.