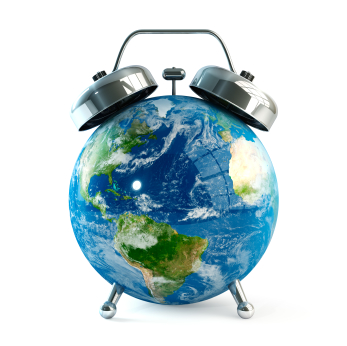 Major stands taken in Europe, USA and India against GMOs

Together with our sister organisation, ANH-USA, we have been reporting on the crucial California Right to Know 2012 Ballot Initiative. Dedicated and persistent campaigning will now bring about a critical November vote on whether or not genetically modified organisms (GMOs) in foods will, at last, be labelled in California. More and more US citizens are tired of being kept in the dark over which foods do or don’t contain GMOs. The result of November's vote on Proposal 37 will be key to the future of how GMOs are handled in the US. Both pro- and anti-GMO labeling camps are gearing up for a major showdown as the countdown to November commences. A ‘yes’ for GMO labelling will likely result in a powerful domino effect, and will ultimately hand informed choice back to the consumer.

But it’s not just in the USA that people are no longer willing to accept the level of control over our food wielded by the biotech companies. Pressure against GM crops — and the companies responsible for them — is again mounting in Europe and in India. Turkey also has just made a stand, and there are many more.

We have frequently criticised the European Food Safety Authority (EFSA) for its corporate bias, and its revolving doors to industry. The latest highly disturbing news in the EFSA catalogue of ‘let downs’ is that the EU’s highest authority on food safety has, it seems, been acting illegally — by only ‘superficially’ scientifically evaluating GMOs, with scant regard for the safety of both consumers and the environment!

Regulation (EC) No 1829/2003 (2003) on genetically modified food and feed states: “genetically modified food and feed should only be authorised for placing on the Community market after a scientific evaluation of the highest possible standard…of any risks which they present for human and animal health and...the environment”. Principles for the environmental risk assessment are also detailed in Annex II of Directive 2001/18/EC (2001) on the deliberate release into the environment of GMOs.

EFSA: a law unto itself?

Environmental groups and scientists are now bringing a joint action against EFSA for failing to comply with this basic tenet of the Regulation, and the European Commission (EC) for failing to control marketing authorisations. The joint action has been brought about specifically in response to the EC’s decision to authorise importation of the Monsanto Intacta GMO soybean, for use in food and feed. We hope the formal complaint makes it all the way to the European Court of Justice.

“EFSA did not require Monsanto to submit evidence based on appropriate comparators and/or it erred in concluding that the genetically engineered soybean is 'substantially equivalent' to that comparator.

EFSA failed to require Monsanto to undertake a sufficient assessment of the immunological risks posed by the Soy in issue.

Failed to ensure that an appropriate monitoring plan was put in place”.

EU law permits such action by non-governmental organisations (NGOs) active in ‘environmental protection’. The NGOs are requesting re-examination of risk analysis by EFSA and the EC, and are also calling for an immediate withdrawal of market authorisation for soybean MON87701 x MON89788.

Meanwhile, it has been reported in a blog in the world’s number one scientific journal, Nature, that an influential Indian Parliamentary panel that includes many members from the ruling coalition is calling for government action to end pro-GMO industry bias. It has urged an end to open-field GMO trials until better monitoring and oversight is in place. In its 389-page report, it calls for a ‘complete overhaul’ of the regulatory system, which it claims is ‘riddled with conflicts of interest’. Amongst other things, it demands an enquiry into the murky events that led to the commercialisation of Bt brinjal, and states that, “Bt cotton cultivation has only added to the miseries of the small and marginal farmers”.

Consumers the world over are tired of having GMOs thrust down their throats by voracious biotech companies and sycophantic governments.  Wherever you are in the world, your voice counts!