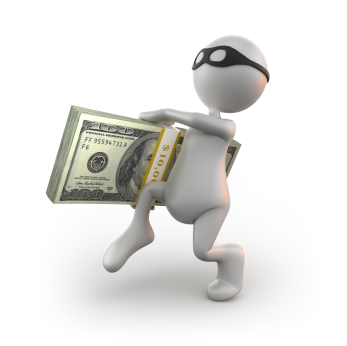 Big Pharma and the ‘Watergate moment’

Until now, Big Pharma has been immune from genuine damage as a result of its misdemeanours: huge fines are budgeted for and considered the cost of doing business. But could clear indications of research fraud change all that?

Big Pharma: ‘too big to fail’?

Ever wondered why Big Pharma can commit crimes like bribery and fraud with virtual impunity?

Certainly, deep pockets play a huge part: when an industry can afford to spend $115 million and €91 million, respectively, lobbying the US government and European Union, it won’t have any problems getting its point of view across to the people who matter. Because modern healthcare systems are built on its products, Big Pharma is considered indispensable by governments who are subsequently unlikely to approve of punishments that could affect the drug supply. This situation makes pharmaceutical companies some of the biggest employers in industrialised economies, making crippling sanctions even less likely.

Yet there’s one more factor that could be equally important: the lack of serious mainstream media ‘dot connecting’ over Big Pharma’s shadiest activities. Jon Rappoport asks us to imagine the consequences if a full-scale media firestorm had been unleashed on GlaxoSmithKline (GSK) after it admitted fraud and received a $3 billion fine. Especially considering that GSK clearly considered $3 billion the cost of doing business. The media brought down President Nixon, but GSK is still standing – after committing far more blatant and serious crimes.

Medical science – or, more accurately, medical ‘science’ – has also escaped a ‘Watergate moment’ thanks to media disinterest in some amazing comments by a former editor of the New England Journal of Medicine (NEJM). During her 20-year tenure at the NEJM, one of the world’s most prestigious medical journals, Dr Maria Angell became more than somewhat disillusioned, her reasons being elucidated in her 2004 bestseller The Truth About the Drug Companies. In a more recent article she penned for the New York Review of Books, she said: “It is simply no longer possible to believe much of the clinical research that is published, or to rely on the judgment of trusted physicians or authoritative medical guidelines”. Ignoring for a second her clear culpability in approving 20 years’ worth of untrustworthy research for publication, this is an astonishing statement that should have, as Rappoport says, “Been the jumping-off point for an investigation aimed at taking down medical journals and the whole peer-review system that underpins medical publishing”.

And yet nothing happened.

It’s probably wishful thinking, but we wonder whether increasing evidence of fraud in the drug research field might eventually lead to Big Pharma’s downfall, or at least its downsizing or shift to a more sustainable model, which would inevitably require becoming more respectful of natural health systems. Retraction of scientific papers published in respectable, peer-reviewed academic journals is at an all-time high, and drug-related research is disproportionately represented among papers withdrawn due to fraud. Perhaps this finding is related to the fact that the vast majority of early stage cancer research cannot be replicated? Sounds like a job for those mainstream media newshounds!

Jon Rappoport is undoubtedly correct to identify the mainstream media’s lamentable performance in this and other matters as the main reason for its ongoing demise, in favour of a new breed of Internet-based investigative reporter (and campaign organisation, obviously). It’s all a part of the new paradigm that’s emerging in the world, and nowhere more so than in healthcare. As people increasingly opt to take control of their own health and lives more generally, the present top-down, exploitative model will become ever less sustainable. Whatever happens, we are convinced that the days of Big Pharma, in its present state, are numbered. And that’s a good thing, in our view, if the highest possible standards of human healthcare and wellbeing are the ultimate end game.