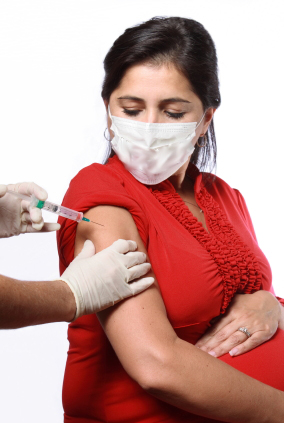 Following the USA’s lead, the UK’s Health Protection Agency (HPA) has expressed alarm at the “huge rises” in laboratory-confirmed cases of whooping cough. “Parents should ensure their children are vaccinated on time so that they are protected at the earliest opportunity,” said Dr Gayatri Amirthalingam of the HPA.

For a change, the increase in whooping cough cases isn’t being blamed solely on unvaccinated children. Even the most pro-vaccination of US articles admit that, “Substantial numbers of vaccinated children are getting the disease”, while the HPA’s concerns about the, “High numbers of cases in very young babies” centre on the fact that, “Babies do not get the benefits from vaccination until they are around four months old”.

The proposed solutions? Booster vaccines and extra vaccines for pregnant women. Let’s look at the facts.

A case of vaccine failure

Since much of the effectiveness of the whooping cough (pertussis) vaccine is a statistical mirage, it’s hardly surprising that the current US outbreak is occurring against a background of record vaccination rates. Washington, for example, one of the states worst affected by the current outbreak, recorded that 92.9% of children aged 18–36 months received 3 or more doses of the diphtheria, tetanus and pertussis (DTaP) vaccine in 2010–11.

As for the UK, 94.2% of children up to the age of 12 months received a similar vaccine in 2010–11. It’s clear that pertussis cases have shot up recently, mainly in children aged 15 years and above, but it’s not because kids aren’t being vaccinated.

In fact, the statistic may exaggerate the actual rise in UK pertussis cases. The HPA’s Dr Amirthalingam seems to have released the kitty from the kit bag by saying, “[General practitioners] have also been reminded to report cases quickly...this improved awareness may be contributing to the increase in numbers of laboratory confirmed cases.”

Yes, indeed it really might. And it would be a crime against humanity if such a non-existent justification is used to give pregnant women more vaccines.

Multibillionaire Bill Gates is on a self-proclaimed mission to, “Eventually immunize all children” through the work of the Bill & Melinda Gates Foundation. Among a list of 17 vaccine-related research projects recently given $100,000 by the Foundation there is a proposal to use unmanned aerial drones, “That can be deployed by health care workers via cell phones to swiftly transport vaccines to rural locations”. Are vaccines flown in by remote control more important than improved sanitation, nutrition and clean water in the fight against infectious disease? We think not.

Just as ominously, a second research project envisages, “An Internet-based global monitoring and rapid alert system for finding, analysing, and counteracting communication campaigns containing misinformation regarding vaccines”. Since we doubt that this system will ever be turned on the HPA, the Centers for Disease Control (CDC) or their ilk, we can only assume that it’s meant for people like us – those who have looked at the available data and made informed judgments that vaccine choice is more important than vaccination at all costs.

As more and more people realise that vaccination isn’t all it’s cracked up to be, censoring initiatives like this will likely become both more common and more sophisticated.

Truly, we live in interesting times.