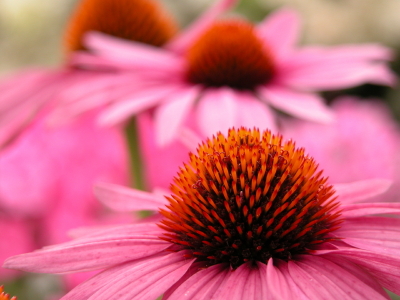 Back in August, we reported that the UK medicines regulator, the Medicines and Healthcare products Regulatory Agency (MHRA), had recommended that children under 12 years of age should not use oral herbal medicinal products containing Echinacea, popularly used to treat colds and flu. The MHRA stated that, “The perceived benefits of the use of Echinacea in children under 12 years are outweighed by the potential risks in this age-group and there is a low risk of allergic reactions but these could be severe.” The Irish Medicines Board (IMB) followed suit.

But plenty was unclear about the MHRA’s edict. Was it, for example, really a legal requirement rather than a recommendation? Did the MHRA have a legal basis to force companies to comply? Did the recommendation apply to food supplements or teas containing Echinacea, as well as herbal medicines? And why did the MHRA made this decision now? Were there new data showing allergic reactions in young children that had recently been brought to the attention of the MHRA?

ANH-Intl put a series of questions to the MHRA in an open letter to help shed light on these issues.  The MHRA has now responded to our questions – twice.  Its initial response failed to answer most of the questions, so we had to ask for greater clarity in its response.  But, as promised, we are now in a position to update you.

Why do Echinacea products require a warning for children, and which products are affected?

The MHRA claims their recommendation on Echinacea for under-12s, “Follows the precautionary advice” from the Committee on Herbal Medicinal Products (HMPC) Community Monographs for Echinacea species. It adds that, “Children aged 12 years or over and adults can continue to use oral products containing Echinacea. Risks of side effects in older children and adults are reduced because they weigh more and in general catch fewer colds”.

The MHRA has also confirmed that its Echinacea recommendation only applies to Echinacea products whichthat, “Fall into the definition of a medicinal product”.  It has also confirmed that, “Where a manufacturer believed that their product is a food supplement, they should contact the Medicines Borderline Section with information about the product so that any regulatory issues under medicines legislation can be addressed”. The MHRA is therefore warning manufacturers that products labelled as food supplements might be regarded as unregistered medicines – and may therefore be illegal.

The MHRA's action, however, is aimed principally at products being ‘sold through’ by retailers under the now defunct Section 12.2 of the UK’s Medicines Act 1968. This provided an exemption for sale of unregistered herbal medicines, and was repealed on 1st May 2011, the day the EU’s Traditional Herbal Medicinal Products Directive (THMPD) came fully into force. Thanks to the MHRA’s intervention, ‘medicinal’ Echinacea products manufactured before April 30th 2011, stocks of which have not yet been exhausted, must be ‘over-labelled’ with the exact wording of the new safety information. The label states that the product should not be given to children under twelve. An appropriate ‘point of sale safety information leaflet’ must also be included with the product, and these actions must be taken within 2 weeks of the companies/retailers being notified by the MHRA. Companies with products carrying THRs already carry labels warning that they should not be given to children under 12.

In its responses to us, the MHRA is effectively saying that it is not the source of this new requirement for Echinacea products, and neither were there any new adverse event reports of child allergies associated with Echinacea products. The MHRA, it appears, is simply being a good bureaucratic agency doing what’s required of it by its masters in the European Medicines Agency (EMA).

The MHRA further explained that the THMPD established the HMPC at the European Medicines Agency EMA, “With responsibilities to prepare Community Monographs and a Community List of herbal substances”. A monograph is the, “Committee's scientific opinion on a given herbal medicinal product, based on its evaluation of available scientific data (for well established use) or on historic use of that product in the European Community (traditional use)”. The final versions of the Community Monographs are published following public consultation and review.

It goes on to explain that THMPD, “Requires Member States to take account of the final monographs when examining an application for a THR”. They explain that Member States are not obliged to follow the monographs, but should provide due justification should they decide not to accept the content of the monograph as adopted by the HMPC, since their role is to, “Bring harmonisation to this field and to facilitate the use of the simplified registration procedure”.

Are there any new data to support the MHRA’s decision?

We also specifically asked the MHRA whether any new, documented cases of adverse reactions in children aged under 12 years – occurring in the UK or elsewhere – had played a part in its decision to recommend safety labels for under 12s, or whether it was purely the EMA’s documentary evidence that was responsible for the MHRA’s decision.

The MHRA response indicates that it was the latter, the action being to bring the unlicenced products into line with the THR products. Nevertheless, the MHRA provided us with a summary of the 47 Yellow Card reports that it received, where adverse reactions were reported in subjects taking Echinacea, although generally alongside over-the-counter medicines. Of these reports, just seven relate to children, and only one involves a skin rash. The MHRA concedes that an adverse event does not necessarily implicate, “The drug or herbal product,” and that it cannot be used to determine the incidence of a reaction. The MHRA says it, “Also considered case details from WHO and the Irish Medicines Board (IMB)”.

Echinacea has an extremely good safety record. Most of the very small number of adverse events that have been reported are associated with parallel use of other substances, generally over-the-counter medicines with a considerably less favourable toxicological profile. In fact, it’s not the low levels of alkaloids within Echinacea that seem to be cause for any safety concern: it’s a rare allergic risk among those who are prone to allergies, especially to the family of plants to which Echinacea belongs.

Given that only those prone to allergy might be affected, we proposed to the MHRA the use of an allergy warning, as follows:

The answer was an emphatic “No”. The MHRA seemingly will not accept an allergy warning, despite the fact that similar warnings are permitted on food products, such as peanuts, cow’s milk, soybeans and others, which are legally sold on the UK market. Why is the MHRA not also pushing for allergy warnings on every box of chamomile tea? The MHRA’s reasoning was somewhat more opaque, stating: “As indicated the wording brings the labelling of these products in line with that on THR products”.

We wonder how a court might look at this, in light of what appears to us to be a disproportionate response by the MHRA?