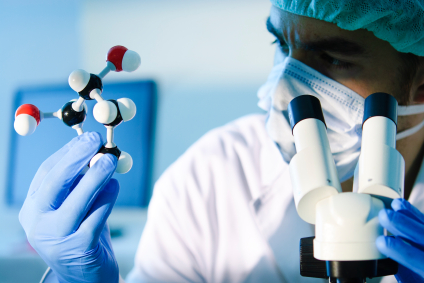 Monsanto was voted the World’s Worst Company in 2011. Some of its most popular products may be linked to cancer, premature death and widespread environmental destruction. Now, it’s partnering with a pharma company to make products designed to interfere with how DNA is processed inside cells. Could this be the tip of a Titanic-sized iceberg with potential serious implications for all animal and plant life on the planet?

The biotech giant has bought the rights to use Alnylam Pharmaceuticals’ RNA interference (RNAi) technology in its BioDirect range of so-called ‘agricultural biologicals’ or ‘biopesticides’. According to Monsanto, these are, “Typically topical or seed treatment products...used to complement or replace agricultural chemical products...examples...include but are not limited to microbial pesticides such as Bt [Bacillus thuringiensis] sprays”.

So what does all this mean? And what might the implications be of releasing this technology into the wider environment?

Gene expression and the discovery of ‘gene silencing’

Under normal circumstances, proteins are made, or expressed, from the genes encoded in double-stranded DNA in eukaryotic (i.e. animal and plant) cells via a two-stage process known as transcription and translation. Transcription involves unwinding of the DNA double helix, which is then used as a template for manufacturing a complementary molecule of single-stranded, messenger RNA (mRNA). This mRNA is then used to create the corresponding protein during translation. Thus, mRNA is crucial to life in all higher organisms: without it, humans and the biotic environment in which we live simply could not exist.

RNA interference technology was first discovered in 1998, through research on colouring in petunia flowers. Researchers found that the gene for purple colour was actually being turned off – or ‘silenced’ – by the presence of an additional pigment gene. The discovery that double-stranded RNA was responsible for this apparently illogical ‘gene silencing’ effect won a Nobel Prize in 2006.

The power of RNAi

RNAi technology is incredibly powerful. Various types of RNA, such as small interfering RNAs (siRNAs) and microRNAs (miRNAs), are able to destroy mRNA before the translation process even occurs. This blocks the manufacture of proteins from the corresponding DNA-encoded genes and results in 'gene silencing'. In a normal cell, gene silencing, controlled naturally, is a vital way of regulating gene expression, making sure that the correct proteins are made at the correct times and under the appropriate circumstances.

In the laboratory, scientists are interested in the potential of RNAi as a treatment for diseases with a genetic component and viral infections, and as a research tool.

One possible mechanism of action for Monsanto’s new pesticides involves silencing specific insect genes, in order to either make them susceptible to other chemicals or kill them directly. Pesticides containing different RNA constructs could be applied at distinct points throughout the plant’s life cycle in order to silence different insect genes, and potentially control a variety of insect pests. Protection against viral pathogens of crops could also be conferred in a similar manner.

But pesticide sprays are by no means the only application for RNAi technology in agriculture. Monsanto guardedly refers to agricultural biologicals as “typically topical” and “includ[ing] but...not limited to microbial pesticides” – is this because, in Monsanto logic, the best way of harnessing RNAi technology is through genetic modification (GM) of plant genomes?

Genetic modification (GM) technology allows plants to be engineered to produce double-stranded RNA in their cells. These plants would theoretically silence key genes in insect and viral pests, similar to the RNAi pesticide sprays but without the associated application problems. According to the International Service for Acquisition of Agri-Biotech Applications (ISAAA) – a non-governmental organization with an illuminating list of donors – RNAi technology has been explored for many other uses, including decaffeinating coffee beans, enhancing nutrient content and reducing allergenicity. “The full potential of RNAi for crop improvement remains to be realized,” in its view.

Even GMO pushers like the ISAAA recognise the problems with RNAi technology, however: “The complexities of RNAi pathway [sic], the molecular machineries, and how it relates to plant development are still to be elucidated,” it points out. We’d go further, and say that because our knowledge of the enormously complex system of interactions that includes gene silencing is woefully incomplete, RNAi technology has enormous potential for unforeseen consequences. In fact, all of the health and environmental risks of regular ol' GM crops will apply to RNAi crops – although the centrality of gene silencing to the molecular processes of life makes RNAi potentially even more risky — or deadly even.

Think we’re scaremongering? A recent case from Australia should convince you otherwise.

Australian and British scientists warned that an RNAi wheat strain could have serious health consequences, including liver failure. According to the scientists, there is close similarity between the DNA sequences for the silenced wheat genes and a human enzyme involved in producing glycogen. Not only do they believe that the siRNAs in the wheat may transfer to humans – they further warn that alterations in the glycogen pathway could lead to glycogen storage disease IV, which usually causes death by age 5.

It appears that the 'World’s Worst Company' has got its hands on some new toys that could spell very bad news for all higher forms of life on this planet.