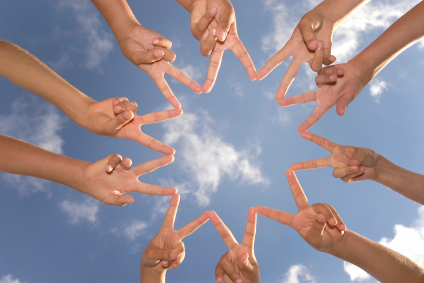 “When you can’t achieve something by top-down government action, you can always rely on the people to make it happen bottom-up”

We’re as upset as you that California’s Proposition (Prop) 37 on labelling of genetically modified (GM) foods didn’t get enough votes to pass.  But oddly enough, this loss in the polls may be an essential step on the road toward a GM-free world, because GM is now on the agenda like never before.  Here we take a look at some of the community actions that are springing up like wildfire, including innovative approaches to avoiding exposure to GM foods.

Consumers and companies pulling together

In our story last week, we encouraged a boycott of the companies that supported the NO to Prop 37 campaign, but we also mentioned that “it’s all about community in action now” – and this is exactly what we’re seeing!  Ever since the results of the Prop 37 vote were released, those in favour of labelling GM foods have realised their own power as consumers and put it to good use.  On a wider and wider scale, citizens are seeing that authorities aren’t providing the protection they deserve – and unfortunately need – and are taking matters into their own hands.

At the centre of this action is GMOInside, a coalition of consumers, businesses, and organisations campaigning for people’s right to know what is in their food.  The group launched with a push for a ‘GMO-free Thanksgiving’, a call echoed by the Institute for Responsible Technology’s Non-GMO Project, which produced a thoroughly useful infographic.

The Non-GMO Project also shows that it’s possible for consumers to find out which foods contain GMOs, even without labelling.  Its Non-GMO Shopping Guide is available as a downloadable PDF, in hard copy and – most excitingly in our technology-hungry age – as an iPhone app.

Fooducate offers another app that provides a range of nutritional information, including whether foods contain GMOs.  Elsewhere, a free Kindle e-book teaches, “The basics of a clean diet,” including how to avoid GMOs.

Once Americans have identified which foods contain GMOs using these brilliant tools, why don’t they just slap a label on them to warn others?  With the Label It Yourself campaign, that can be done!  And other sources have pointed out that the ‘PLU’ codes on many American groceries show whether they are organic or contain GMOs.

Increasing demand for organics and preference for ‘natural’ ingredients has led to an abuse of the word ‘natural’ by those motivated more by profit than providing honest and meaningful information to consumers.  The reality is that ‘natural’ is widely used on US food labels that contain both synthetic or GM ingredients.  This is simply misleading — and dishonest.

But how to combat this problem? Another handy infographic shows the natural and organic companies that have been bought out by the big boys.  Get familiar with this list and avoid the products of these companies if you possibly can, given most aren't what they say they are.

Prop 37 supporters have even filed a legal action against US snack food, Goldfish.  The crackers are being sold as ‘natural’, but the plaintiffs believe they are made using genetically modified soy.

Power to the people

Alongside the court action, grassroots campaigners and consumer advocacy groups are taking action of their own.  As well as the information resources covered earlier, the Cornucopia Institute has a petition that can be signed and boycotts are being organised.  This is shaping up to be people power at its greatest, especially given that Prop 37 originated with one Californian woman!

The California Prop 37 fight has made a nation stand up and pay attention to the crucial need for consumers to be informed about the presence of GM ingredients in their food.  Since the big corporates managed to manipulate the facts and buy their way, at least for now, into avoiding the disclosure of foods to which GM ingredients are added, initiatives have been set up in 30 other states.  These include the development of GMO awareness labelling campaigns, as well as preparing the way for their own state ballots.

All of these actions are an indication of the strength of feeling and motivation that is building into a forceful head of steam.  We would all do well to remember how powerful we are when we unite for a common purpose!