Last weekend saw the smooth passage of an uplifting weekend of exchanges among practitioners, scientists and cancer patients in Totnes. The meeting in the town’s Civic Hall, entitled “Treating People Not Cancer” was hosted by the Totnes Cancer Care Centre, and given the green light by local Trading Standards officers.

These same officers forced cancellation of a somewhat similar meeting in the town’s civic centre last March. This time around, with close cooperation between conference organiser Dr Stephen Hopwood and Trading Standards officers, advertisements about the conference, along with its general form and structure, were deemed not to be in breach of the Cancer Act 1939. 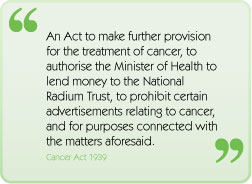 Talking about cancer is a tricky business these days. In the UK, it’s largely been the territory of the medical orthodoxy since the passage of the Cancer Act 1939 which “prohibit(s) certain advertisements relating to cancer.”

This long-standing law, which was instigated just before WWII to both clamp down on charlatans and make “further provision for the treatment of cancer, to authorise the Minister of Health to lend money to the National Radium Trust” is long overdue an overhaul. No one wants charlatans – but whose definition of a charlatan counts? Are we to accept that anyone practicing outside of the orthodoxy, and therefore not delivering surgery, drugs or radiation — or conventional dietetic advice to cancer patients — is a charlatan? We think not, given the copious evidence now available for the importance of diet, lifestyle and emotional management among cancer patients, as well as their role in the prevention of one of our society’s leading killer diseases.

As is so often the case with the law, it’s all about interpretation. And here, we’ve got to hand it to the open-mindedness of Totnes’ Trading Standards officers. They listened very carefully to Dr Hopwood’s arguments about the profound difference between treating the disease, as opposed to treating people who have the disease. It was on the basis of this understanding that the conference was able to advertise its title. This avoided the need for the hasty preparation of a private, ‘underground’ meeting, in an out-of-town venue; a necessity following the forced cancellation of last March’s public meeting.

There was a lot going on during the course of the two-day conference that will be long remembered by many. The practitioners showed their years of experience in using a whole body approach when dealing with cancer. This approach contrasts starkly with conventional oncology, which regards cancer much as if it were an infectious disease that should be cut out, irradiated or poisoned.

Among others looking at the bigger picture facing cancer patients were South African holistic science philosopher, Claudius Van Wyk PhD, Robin Daly from the Yes to Life charity, Patricia Peat from Cancer Options, and myself.

But, given the feedback from many of the delegates present, it was the heart-felt story of a patient that perhaps left the most powerful impression. The patient was Janie Martel, who recounted, as she put it herself, her ‘riches to rags’ story, and a journey that has been recently supported by Yes to Life. Janie’s story entails a horrendous car accident in 1991, followed by meningitis, septicaemia, pneumonia, a pulmonary embolism, cardiac arrest, brain damage – and if that were not enough – very aggressive breast cancer.

Making life even more challenging, her inheritance was taken from her when she was, as many thought, on her death-bed. 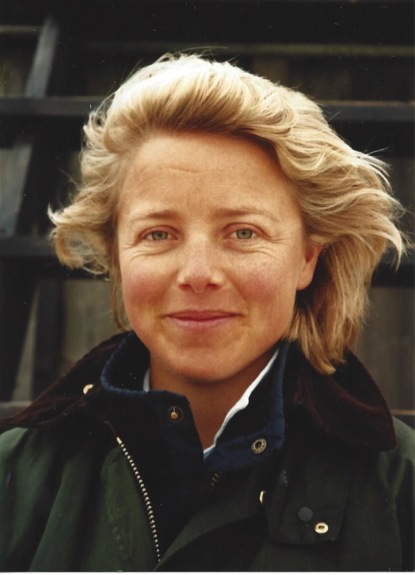 Janie has spent over 21 years in the hands of doctors and hospitals. She has been in and out of comas, her heart has stopped more than once, and she claims to have almost glowed from the x-rays and scans she has sustained. I believe it’s fair to say that most people would probably have not survived her ordeal. Her tale reveals the best and the worst of what is on offer in conventional medicine. On her journey, she has become acutely aware that it is the insights, skill and experience of an oncologist or practitioner that is more important than the name of the hospital or clinic, or the number of qualifications. She has become a passionate supporter of more holistic approaches that help support the body. In so many ways, she is the quintessential example of what treating the person, rather than the cancer, is all about. Janie laughs off the fact that, when diagnosed with aggressive breast cancer, she was too ill to receive chemotherapy. It would have killed her, and thankfully there was a very senior oncologist at the Royal Marsden who recognised this. This same oncologist also told her, “just keep taking whatever it is that the German doctors are giving you”, knowing full well this included a host of immune-modulating natural products.

Janie’s story will soon be told in a book. There’s also talk of a film being made. We firmly believe that patients need every voice they can get. While medical licensing boards and regulations often prevent doctors and practitioners from speaking out, patients need every opportunity to tell their stories. It’s stories like Janie’s that can do so much to help positively shape the future of healthcare.

We’ll have plenty more on this in due course. And we’re not surprised that this new ground should have been broken in Totnes, often considered the most alternative town in Britain.