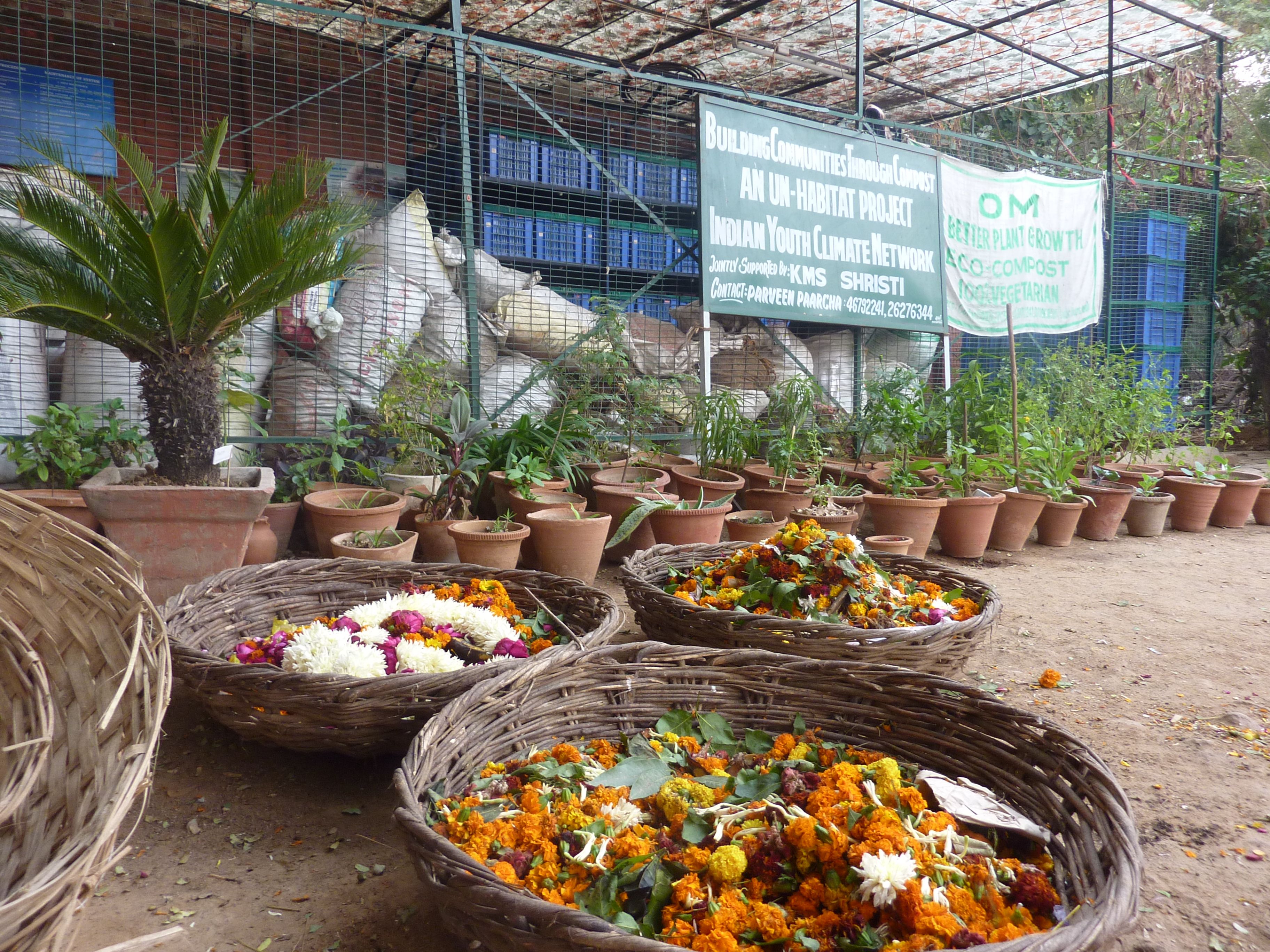 Henry Kissinger wasn’t the first to recognise that if you control a population’s food, you control the population itself. It’s been one of the key strategies of war for aeons.

And few who have observed what’s been happening with the seed trade over the last few decades would doubt this has been Monsanto’s main game, too. In essence, a war is raging for control of our food, and Monsanto and its cronies are doing pretty well. Their main weapon is the patenting of seeds, and they've found that the best way of getting seed patents is to subject the desired seeds to genetic engineering.

What an inspiration it’s been to witness what a group of young environmental activists are doing in India, alongside one of the most experienced and effective anti-genetically modified organism (GMO) activists the world has seen, Dr Vandana Shiva. 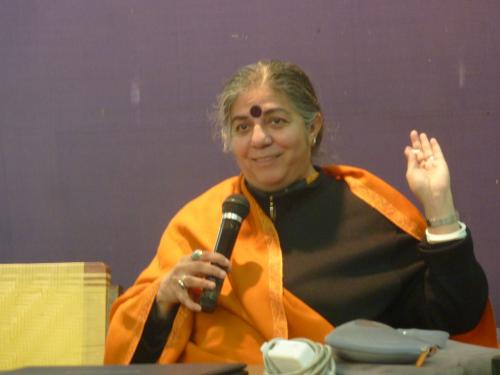 I was invited to speak at an event this last weekend in New Delhi called the Urban Farming Festival. It was a huge privilege to share the speaker’s platform with Vandana Shiva. Her work on creating seed banks to help rural communities in India to become independent from the likes of Monsanto, protect indigenous knowledge and raise awareness of Monsanto’s monopoly on the world’s seed supply is, in my view, unparalleled. 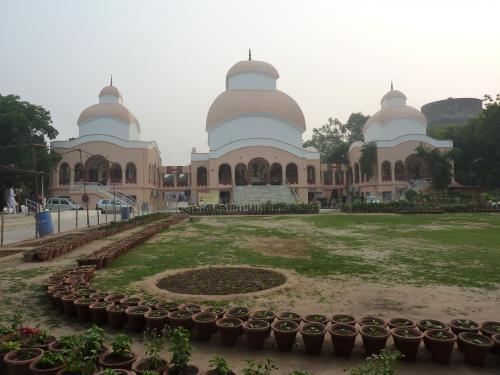 And as I sat on my 3.40 am flight from New Delhi bound for London yesterday, a few of her words kept ringing through my head. Among them were: “This is about democracy, not just about science. Monsanto owns the science, so don’t fight them on those grounds alone. We, the grassroots, need to say: we just don’t want them. It’s as simple as that. It’s the right to choose.”

Getting a handle on where Dr Shiva is coming from is best done by downloading a copy of Navdanya International’s latest report, The GMO Emperor Has No Clothes. The title draws on the parody of the same name by Hans Christian Andersen. Monsanto, the ‘Emperor’, has lied to the public and delivered false promises and failed technologies. Thanks to Monsanto, we now have superweeds and superbugs.

Rather than being about resolving world food shortages, patented GM technology is much more about removing farmers’ rights to save their own seed – from open-pollinated crops – as 80% of the world’s farmers have done for hundreds of years. It’s about passing that control to a handful of corporations, headed by Monsanto, and forcing farmers to go back to Monsanto to buy seeds that are then incapable of spawning another generation of crops.

These are the central issues, and they were clearly expressed when 400 scientists from 60 countries were given 5 years by a cluster of United Nations agencies to look at whether GM technology had a role to play in poverty alleviation. This culminated in the IAASTD report of 2008, that, among its 2,500 pages of analysis, concluded that GM had no role to play. Instead, farmers needed to develop self-sufficiency in community-based systems of agriculture, and this requires them being independent of the likes of Monsanto.

There’s likely just two explanations for those who still believe GM technology has a role to play in providing food for an increasingly crowded planet: either they have swallowed the lies issued by Monsanto and their ilk hook, line and sinker; or they have a vested interest in supporting the technology.

Members of the Delhi-based Indian Youth Climate Network have a level of political astuteness about the nature of the world around them that I’ve rarely encountered among European or American youth. They understand fully that companies like Monsanto have only become so big and so powerful because citizens, unwittingly, unconsciously and very rarely knowingly, buy food products created using Monsanto’s technologies, be they pesticides or seeds. 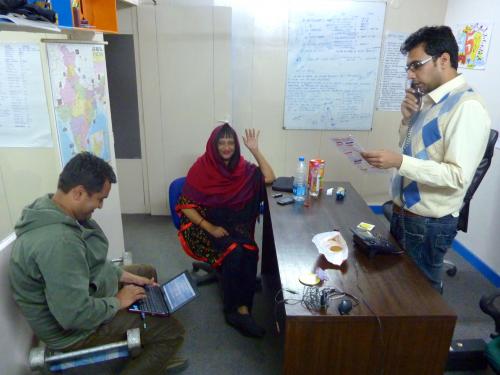 Rishabh Khanna (right) and members of his team in the IYCN office, Reetu Asrani (centre) and Javed Khan (right)

On the other hand, farmers who knowingly buy Monsanto’s seeds usually do it because they have no other choice. In the process, this company has corrupted the very principles of democracy and grassroots empowerment that Ghandi and others like him worked so hard to create.

It was deeply refreshing to be able to talk so openly to the participants at the Urban Farming Festival about the importance of ‘unhooking’ from the biotech corporation’s control agenda. Central to this is empowering people to grow their own food. Failing that, people can learn about buying organic or pesticide-free produce from community-supported agriculture schemes. 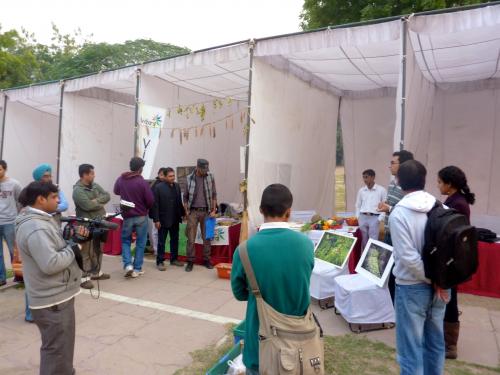 Growers working with rather than against nature

I had a chance to feed in the lessons I learned working with African and Asian farmers over my years as a researcher at Imperial College London. Among these lessons were training techniques for field extension staff, aimed at helping growers to avoid using pesticides and get maximum benefit from biological control by beneficials or farmers’ friends.

Two companies – I Say Organic and Nourish Organics, both supporters of the event – have seen rapid growth of their businesses in this niche, supporting many hundreds of Indian smallholder farmers in the process.

Indian anti-GMO activists, headed by Vandana Shiva and Navdanya, have done an extraordinary job so far of blocking the cultivation of GM crops other than cotton. But the example of cotton tells it all: once the cultivation of GM cotton – as a non-food crop – was legitimised, it rapidly squeezed out the non-GM players, and now represents 97% of the acreage. The reasons are complex but, in essence, farmers have fewer and fewer options for buying seeds as Monsanto imposes lucrative but exclusive licensing arrangements on the majority of India’s seed suppliers. Once locked in, of course, there’s no way out. And once resistance to weeds or insects develops, the farmer is offered stacked genes along with different pesticides that cost even more. The patent/GM/pesticide treadmill then begins to well and truly turn – and nothing is done to rectify the underlying problems.

Over and over again, we discover it’s the grassroots that have the real power, assuming they're prepared to use it. European citizens, led by campaigns like GM Freeze and Genewatch, have so far prevented GM domination of human crops within the EU. But, lest we forget, the animal feed battle has already been lost in the EU, with 85% of compounded animal feed already being GM.

The responsibility facing India’s next generation of leaders – today’s youth – is huge. Having worked alongside some of these individuals, my guess is that they have what it takes to fight the battles that lie ahead. And however headstrong they may be, it’s likely their battles will be peaceful, inspired by contemporary and past leaders, such as Vandana Shiva and Mahatma Ghandi.

More information on seed saving and urban farming in India: