Want healthier food on a budget? Try ‘eating the landscape’!

A ‘food revolution’ isn’t much of a revolution when only a tiny proportion of the population has enough disposable income to get involved. Many people’s household budgets, especially in these austere times, simply can’t stretch to diets consisting mainly of the healthy options found in most supermarkets. But look around you: what if all the unused space in your community was full of delicious, fresh, pesticide- and genetically modified organism (GMO)-free ‘incredible edibles’, grown by, for and available to everyone? A wonderful idea that should inspire plenty of activity in 2013! 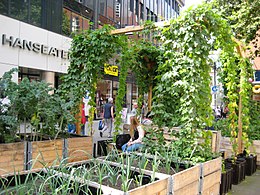 More and more people are waking up to industrial agriculture’s list of shame. It goes something like this: control of the world’s seed supply for staple crops by a handful of companies, most notably Monsanto; a major shift toward genetically modified (GM) crops; intensive pesticide use; long-distance trade and freight; huge acreages of monoculture; loss of biodiversity in rural areas; depleted soils; and increasing amounts of soil-free agriculture.

And it doesn’t end there: post-harvest, we’ve got crops being picked unripe, lots of artificial ripening, reduced nutrient content and – to eliminate any unwanted bugs – more and more irradiation. These and others are the reasons why people in their millions are becoming alive to the benefits of putting healthy, clean fuel into their bodies. Yes, there’s a food revolution in progress!

A recent Italian study attempted to quantify whether low-income groups have more difficulty sticking to a healthy diet than high-income groups. Using the Mediterranean diet as their textbook healthy diet, the researchers compared the two groups among 13,000 people included in the large ‘Moli-Sani’ epidemiology project in the Molise region of central Italy.

Compared with the lowest-income group, those in the highest-income group were up to 72% more likely to stick to the Mediterranean diet. Because the lower-income participants ate more processed or junk food, “Low-income people report 36% of [sic] obesity compared to 20% in the uppermost income class,” according to study author Licia Iacoviello. The authors concluded that, “A higher income and education are independently associated with a greater adherence to [Mediterranean Diet]-like eating patterns and a lower prevalence of obesity”.

These results echo those of the recent UK King’s Fund project. This research found that unhealthy diet and lifestyle habits, in this case inadequate fruit and vegetable intake, smoking, heavy drinking and inadequate exercise, tended to be clustered and most prevalent among the lowest socio-economic groups.

The world is upside down

Among the factors driving these trends are education, cultural norms and the premium price of high-quality, fresh produce – whether organic or simply farm fresh and locally sourced. Organically certified items are undeniably more expensive in supermarkets, although better value can be found through judicious use of farmers’ markets, buying direct at the farm gate or signing up to organic ‘box schemes’ or community-supported agriculture (CSA) programmes.

Governments, who are heavily entangled with the likes of Monsanto and other biotech companies, are never going to admit that low-input, pesticide-free or organic (uncertified or certified) agriculture can feed the world – despite even the United Nations (UN) acknowledging its potential to deal with the drastic food security issues facing the world, especially in in less developed countries.

Disused urban areas in the ghettos or slums of a big city might have been a more likely starting point for the Incredible Edibles movement. But in fact, we’re talking a small town, 17 miles north-east of Manchester, UK.

Incredible Edibles is the brainchild of Pam Wadhurst and her fellow residents, and we think it’s one of the best ideas we’ve come across in a while. Like all the best ideas, it’s utterly simple at heart: Pam and her co-conspirators have been planting herbs, fruits and vegetables in as much of the wasted space in their community of Todmorden as they can. Crops have been planted outside the health centre, along canal towpaths, in front of the local police station...in short, wherever there’s soil that could better be employed growing something useful. Todmorden residents are ‘eating the landscape’.

So successful is the project that ‘vegetable tourists’ have been visiting Todmorden, keen to learn how to start doing the same in their own communities. As Pam says, from an idea dreamt up one evening around a kitchen table, “We’re starting to build resilience ourselves. We’re starting to reinvent community ourselves. And we’ve done it all without a flippin’ strategy document!” People are encouraged to help themselves to the produce: “This is about sharing, and investing in kindness”, says Pam. 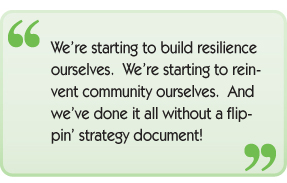 Watch her TED Talk and we defy you not to be inspired with how the project is snowballing, with benefits for everyone: from children learning how to grow food and being on the board of companies started up by the community; to students on the adult learning courses designed by interested academics; to the nearly 50% of local traders whose bottom lines have grown thanks to the project.

“If you eat: you’re in!” says Pam. And she’s right. It doesn’t take much imagination to see that, if every village, town and city followed Todmorden’s example, most of our food troubles would disappear overnight. So if you’re looking for a New Year’s resolution, why not make your mission to get members of your own community involved in eating your own landscape? 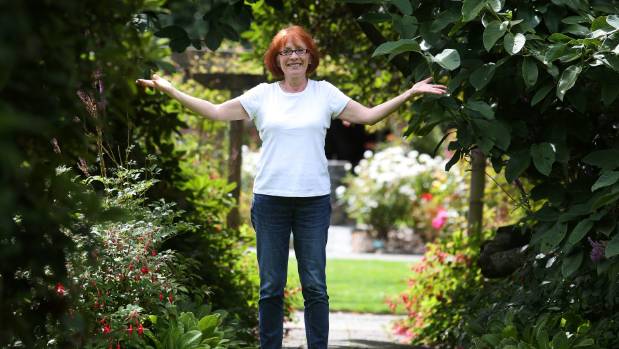