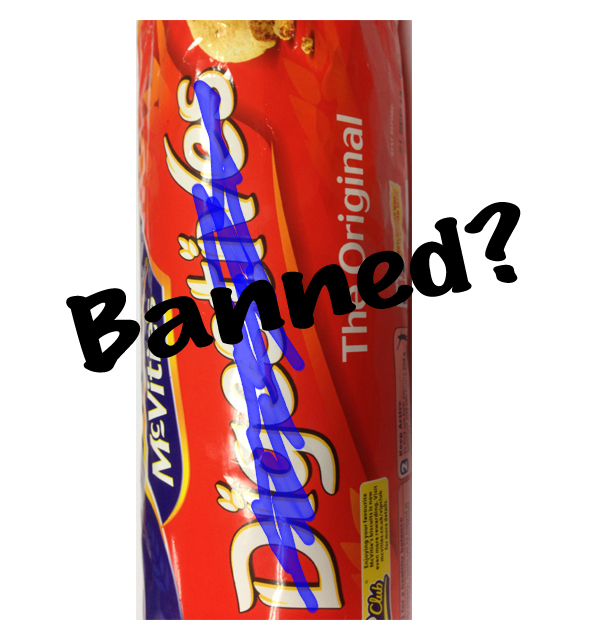 Most of us like to categorise things, because it helps us to understand and organise what we do and how we think about the world around us.  If you plan your shopping, using words that categorise products is surely helpful.  How many of us know what we mean when we talk about superfruits, probiotics, prebiotics, digestives or tonic water?

Closing the last door on commercial free speech in the food sector?

Well, guess what?  In deciding how it’s going to handle a category of claims called generic descriptors, Brussels wants to see all of them banned if they give the impression that they might be of benefit to the consumer's health!  In our view, this is another step toward totalitarian control both of the food supply, and of the language used to communicate about healthy foods.

Like so many European Union (EU) laws, implementation of the controversial EU Nutrition and Health Claims Regulation occurs in stages.  This is another way of making sure the law works to ‘boil the frog slowly’.  It allows the most troublesome provisions, like the lists of authorised and non-authorised health claims (botanicals still remain ‘on hold’), to be implemented years after the Regulation’s original passage into effective EU law in July 2007.

One of these delayed provisions relates to ‘generic descriptors’: terms that help companies and consumers to categorise different types of food and beverage products.  And yes (horror of horrors!), the Regulation itself acknowledges that these might be construed by the consumer as implying some kind of health benefit.

The European Commission’s latest views on the subject amount to some of the greatest impositions on commercial speech yet seen in the food sector.  There is a clear intention by the Commission to shut down any wriggle room in the ‘generic descriptors’ provision nestled away within the Regulation.  But handled more liberally, the provision could help undo some of the mischief created by the Regulation’s most onerous provisions — notably the extreme difficulty of substantiating health claims using the European Food Safety Authority’s ridiculously inappropriate requirements.

Our best chance is to get the public, EU Member States and the European Parliament to see the folly in what the European Commission is planning — and to propose alternatives that are workable.

We’ve kicked off our campaign on this issue with a press release issued today, just after our submission of detailed comments to the UK government.

Depending on the outcome of the Member State consultation, we’ll probably ask you to again write letters to your Members of the European Parliament (MEPs).  At the moment, it’s not on their agenda, and we will carry on our work behind the scenes to see if we can help Member State governments to put pressure on the European Commission.

In the meantime, get yourself up to speed on the latest example of Brussels authoritarianism — and get ready to tell your elected representatives how you feel about it!

Consumers around Europe could be plunged further into the dark as foods and beverages stand to lose hundreds of commonly recognised descriptors.  The outcome of a European Commission (EC) consultation could see an end to categorising descriptors, such as ‘digestif’, 'cough drops', 'tonic water' and 'digestive biscuit', under the controversial EU Nutrition and Health Claims Regulation (NHCR).

Monday saw the deadline for interested parties to submit comments to the UK’s Department of Health on European Commission (EC) proposals for one of several unresolved areas of the NHCR.  In its comments, submitted yesterday, the Alliance for Natural Health International (ANH-Intl) – a UK-based campaign organisation that works to promote and protect natural health and consumer choice – described the EC's proposals on generic descriptors as “preposterous” and “absurd”.  Far from culling current descriptors, ANH believes that the category should be increased to cover such terms as 'probiotic', 'prebiotic', 'antioxidant' and 'sports drink', amongst others.

Commenting on its submission, ANH-Intl’s executive and scientific director, Robert Verkerk PhD, said, “It’s as if the European Commission wants to create an approach for the use of generic descriptors that is so restrictive that hardly any will ever make it onto the marketplace.”  One of the overriding EC views is that generic descriptors should not be allowed if consumers might interpret them as implying a health or nutritional benefit.

The EC even suggests that companies should be forced to prove that their chosen generic descriptor does not infer a health or nutritional benefit to the consumer.  ANH-Intl stresses that proving a negative in this way could be both technically very challenging and prohibitively expensive for smaller companies and niche food business operators.

Even more remarkably, the Commission suggests that generic descriptors could be limited to the language of the country in which the descriptor was traditionally used. Dr Verkerk said of this, “You’ve got to wonder if the European Commission hasn’t lost the plot with this one.  It’s a bit like saying that Indian restaurants that provide after-dinner digestive seed mixes would have to refer to them solely by their Sanskrit term, mukhwas!”

ANH-Intl also believes that some of the EC suggestions are legally disproportionate.  This will create adverse affects for smaller companies and niche suppliers that have long used generic descriptors as a means of categorising the food or beverage products they sell.

Finally, ANH-Intl argues that the approach for applications for generic descriptors is premature, given that the European Food Safety Authority (EFSA) has not yet completed its evaluation of more than 1500 botanical health claims that were put on hold by the EC over 2 years ago.

While generic descriptors were always factored into the original text of the EU Regulation, passed in 2007, it’s only now that the EC is trying to reach agreement on how applications should be handled.

Whilst the ANH-Intl has challenged many of the suggestions made by the European Commission Working Group, it has also offered solutions.  This includes the use of disclaimers on labelling and related commercial communications that leave no doubt in the consumer’s mind that any health or nutritional claim implied by the descriptor has not been evaluated by the European Food Safety Authority (EFSA).  ANH-Intl also proposes that conditions of use could be approved alongside the generic descriptor that gave the consumer background information about the traditional use.

Alliance for Natural Health International is an internationally active non- governmental organisation working towards protecting and promoting natural approaches to healthcare.  ANH-Intl campaigns across a wide range of fields, including for freedom of choice and the use of micronutrients and herbal products in healthcare.  It also operates campaigns that aim to end mass fluoridation of water supplies and the use of genetically modified foods.  Through its work particularly in Europe (anhinternational.org) and the USA (www.anh-usa.org), the ANH works to accomplish its mission through its unique application of ‘good science’ and ‘good law’.  The organisation was founded in 2002 by Dr Robert Verkerk, an internationally acclaimed expert in sustainability, who has headed the organisation since this time.  The ANH brought a case against the European directive on food supplements in 2003, which was successfully referred to the European Court of Justice in early 2004.  The ruling in 2005 provided significant clarification to areas of EU law affecting food supplements that were previously non-transparent.