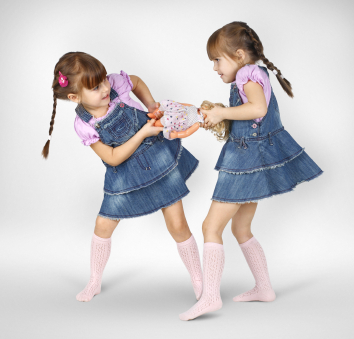 Or is this just a charade from the world&rsquo;s biggest seed company and the EU food safety regulator?&nbsp;

Welcome, dear reader, to the topsy-turvy world of Monsanto! Where nature is a bumbling amateur, centuries-old agricultural expertise is worthless – and ‘transparency’ means legal threats to keep your data on genetically modified (GM) corn secret.

A spat appears to be brewing between the European Food Safety Authority (EFSA) and biotech behemoth Monsanto, two organisations that appear to have enjoyed cordial relations in the past. Their relationship up to this point can be accurately summed up in a single sentence: Monsanto creates patented GM crops – EFSA approves them as safe. In fact, EFSA has yet to find a GM crop that it didn’t like, giving the green light to every single one that it has assessed so far. Recently, EFSA did further sterling work for Monsanto by burying the results of a long-term rat feeding study carried out by Professor Gilles-Eric Séralini et al, in which animals fed Monsanto’s NK603 GM corn and Roundup (glyphosate) herbicide died early and developed various cancers.

A gold star for EFSA?

But even EFSA’s servile attitude isn’t enough to keep ‘the world’s worst company’ happy. One of EFSA's main criticisms of the Séralini et al study was that the investigators used an insufficiently rigorous experimental design. Astonishingly, however, EFSA had previously approved NK603 corn on the basis of far less stringent studies – studies that had been carried out by Monsanto. Hoisting the colours of its ‘transparency’ initiative, EFSA released the full NK603 data set for public scrutiny in January of this year.

Superficially, this apparent move towards genuine transparency looks like a good thing. But for us, it raises more questions that it answers. Most pressingly: what additional data could have been provided by independent researchers? EFSA is making a big song and dance about putting the data for two highly controversial products, Monsanto’s NK603 GM corn and aspartame, into the public domain. These data were used by EFSA's experts for their ‘independent’ approvals. Oddly enough, however, neither data set contains any of the data from independent scientists that demonstrates potential risks from the two products.

No honour among thieves

Possibly as means of propagating the charade, the biotech giant has now responded – and in true Monsanto style, it is threatening to sue EFSA. Monsanto’s public statement is one to treasure for its sheer crassness and self-contradiction: “[Monsanto] firmly supports transparency in European regulatory decision-making, but strongly objects to EFSA’s unilateral publication of Monsanto’s data”. When you’ve finished laughing at Monsanto’s public-relations own goal, we’d recommend downloading the full 492 MB of the NK603 dataset and saving it for posterity.

At this point, it’s worth stepping back for a moment and looking at the big picture. EFSA has already approved Monsanto’s NK603 corn for cultivation, food and feed in the European Union (EU), a decision that is unlikely to be reviewed any time soon. It has rejected out of hand the work of Séralini et al, using every trick in the book to get Monsanto’s product off the hook. And it’s hard to see what Monsanto will gain from suing EFSA, since the data are already in the public domain.

Theatre of the absurd

Which leaves us with two possibilities. One, the entire ‘spat’ may be nothing more than a piece of theatre designed to distract the public, enabling GM business to continue as usual under a pretence of disagreement between two major EU players. Publishing the NK603 data set minus any independent research may allow EFSA to claim independence in its risk assessment role, while quietly ignoring the lack of independence in the data that it has reviewed. Two, EFSA may be hoping that the resultant public, civil society and academic uproar over Monsanto’s NK603 dossier will force EFSA to change its stance on Séralini et al, and maybe even its approval of NK603 – something Monsanto’s baleful influence may currently prevent it from doing. This is the optimistic view, to say the least.

Only time will tell. But one thing’s for sure – neither Monsanto nor EFSA are drawing any attention to the real issue: the relevance, quality and independence of the data they are reviewing. Isn’t distraction the magician’s most important tool?