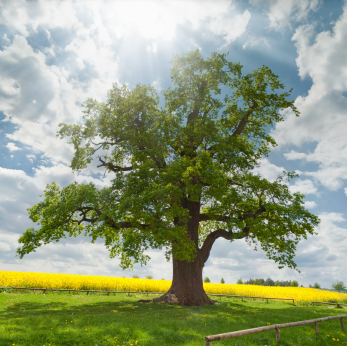 We take a peek at the choices that face us after death, viewed through the lens of environmental sustainability

By Yvonne England and Meleni Aldridge

Dust to dust, ashes to ashes… Familiar 'end-of-life' words, but how much consideration do we give to whether the dust and ashes we leave behind are good, bad or indifferent to to the physical and biological environment we leave behind?  Whilst death and dying are not always concepts that the living choose to focus on, the cycle of life and death is part of nature.  That's the reason we decided to delve into this often ignored subject, with the hope of gaining a better understanding of this aspect of the legacy we might leave behind when we, or our loved ones, finally move on...

The lives of all animals and plants are naturally dependent on the death of others of the same and different species for their survival.  An organism dies, decomposes and returns its composite chemistries — that we regard as nutrients — to the soil, so enriching it, to the benefit of other organisms.  We all know that the richer a soil, the healthier the plants that grow in it.  In turn, those healthier plants will help yield healthier herbivorous animals, which will then provide a healthier food source for the carnivores.

So what role do humans play in all this?  Are we disjoined from the rest of the environment, or do we contribute positively or negatively to this cycle of life?  Are we each leaving a legacy that will enrich the environment on our passing, or will we pollute it?  Have you considered the impact of your death on the Earth and those left behind?  In this feature, we look at death through the lens of environmental sustainability.

Burial or cremation – our only options?

For most people, the most common options offered after death are burial or cremation.  Dust to dust, ashes to ashes.  Superficially, both seem natural enough.  As burial space has become more limited, cremation became more realistic for many.  It is still widely regarded as a more convenient – and in many cases can be a less expensive – method of returning the elements of the body back to nature.  But are they sustainable and/or safe for the environment?  A recent Trent University (UK) report entitled, ‘Till Death Do We Pollute, and Beyond: The Potential Pollution of Cemeteries and Crematoriums’, examines many years of research on the potential impact to the environment and health.

It concludes, “Crematoriums introduce atmospheric mercury, require fossil fuels and pollute through the dispersion of ashes.  Cemeteries leach chemical and biological contaminants into the environment from the decomposition of corpses and funeral artefacts”.  Cremation also produces greenhouse gases, whilst burials, which involves anaerobic decomposition (occurs in the absence of air), lead to another greenhouse gas, methane, being produced in high quantities.

Dust to dust — pollutants to earth, water and air…

For centuries, the privileged have been buried in metal caskets or those lined with lead.  These then may leach metals such as iron, copper, lead and zinc (Spongberg, 1998) into acidic soils.  Dentists have been using mercury-containing amalgam since half way through the 19th century, and arsenic was frequently used as an embalming fluid in the 19th and early 20th century.  However, embalming fluids today contain large amounts of extremely toxic chemicals such as formaldehyde, methanol, preservatives and other solvents.  All of which, including the casket metals, may find their way back into the soil, and subsequently, our food and water supply.  Formaldehyde has the unenviable reputation of belonging to a select group of internationally acknowledged, unequivocally proven carcinogens, being classified in 'Group 1' by the International Agency for Research in Cancer (IARC).

In addition, corpses today may contain all manner of new-to-nature materials and toxic chemicals that are hazardous when released into delicate ecosystems like soil or into the air we breathe.  And then there's also the multitude of chemicals we ingest over our lifetime, like pesticides, preservatives and additives, some of which are sequestered in fat cells because the body is unable to break them down and released into the soil (burial) or atmosphere (cremation).  Materials such as mercury amalgam fillings, pacemakers (supposed to be removed prior to cremation), and other internal devices and implants (all usually coated in barium sulphate), as well as toxic chemicals and harmful drugs, such as chemotherapy, are extremely common today.  It's no wonder that crematoria are now considered very hazardous places to work in or live near.

The exposure of mortuary workers to modern embalming chemicals such as formaldehyde is another serious problem.

The fact that western diets have taken their toll on our body sizes is not new.  But few think about the knock on effects down the line.  In the US there has been a surge in the need for supersized cremations, including cranes in some cases!  With an increasing demand for extra wide coffins, some of the largest measuring 52 inches (1.32 metres) in width, which is more than double some of the original standard sizes.  In the UK too, crematoria ovens have needed to supersize — and all at the taxpayers expense.  It is reported that 60% of crematoria in the Netherlands have now installed bigger ovens, and lifting apparatus and stretchers are also requiring adaptation to deal with the increased weight.

On a more functional note – fat is highly combustible and so burns hotter, and longer when there's a lot of it.  In Austria last year, it was reported that large amounts of burning fat from a 200 kg (440 lb) woman blocked an air filter and caused a blaze, which nearly destroyed the crematorium.  This is not the first of such fires either and fire chiefs are calling for new safety standards to cope with this new risk.

A further point of relevance is that 200 kg body, by example, requires around 40 litres of embalming fluid for its preservation!

It is hard to completely eliminate all environmental impact, and ‘healthy death’ is in its relative infancy.  However, various ‘greener’ and more natural options already exist, but are not yet widely known or used.  We offer a short summary of a few of the new and more eco methods available:

The deceased is placed in a shallow grave in a designated natural burial ground.  Having been wrapped or encased in compostable organic material, the aerobic process promotes rapid, natural decomposition and minimises methane.  There are now an increasing number of these sites in Europe and in the USA accounting for around 10% of burials.  The use of chemicals or mechanical diggers is not permitted and marking of the grave is a simple affair usually consisting only of natural vegetation. 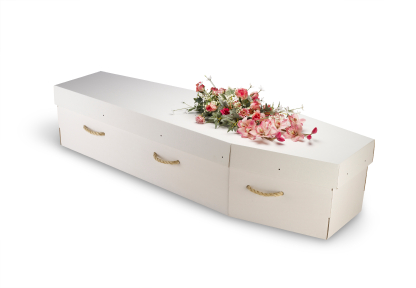 The deceased is wrapped in a shroud made of a natural material such as silk and lowered into a vessel containing water and the alkali, potassium hydroxide.  After three to four hours submerged at high temperature, the body’s soft tissue is completely dissolved, leaving bones and other non-organic matter such as medical implants, gold, amalgam fillings etc.  The remaining softened bones can be crushed and returned in an urn if desired, with the liquid being neutralised using citric acid.  The result is a completely non-toxic ‘water’ that can be used for a special garden or tree.  This method uses around 5-10% of the energy used for cremation.

This method was developed by Susanne Wiigh-Mäsak, a Swedish biologist with a "deep appreciation of ecosystems and nutrient cycles".  The deceased is placed in a wooden coffin and slowly frozen to a temperature of minus 18 °C.  Further freezing in liquid nitrogen occurs, so that the body becomes very brittle.  High ampitude vibration is then able to reduce the body and coffin to a frozen dust.  The frozen water is then removed along with amalgam fillings and medical implants.  The remaining 25-30 kilograms of organic powder is placed in a small biodegradable coffin and buried in a shallow grave, where it is reduced to compost in the soil within a year.  It is less energy intensive and produces less greenhouse gases than cremation.

In death as in life?

Many of us today strive to live our lives more aligned with nature and with more awareness of our natural heritage.  We take responsibility for our health, food and lifestyle choices and it's good to know that those are all steps in the right direction to leaving a more environmentally compatible legacy.  In life, we are what we eat and absorb.  But, whatever our biochemical status at the point of death, including all those those chemicals that we have ingested or absorbed and failed to detoxify, along with those that are added after our death, will find their way back, in altered or unaltered form, to the soil, air or water on planet Earth.  With this in mind, there is perhaps an additional incentive to do what we can to live as naturally as we can, at least while we can, and then perhaps making clear our wishes on how our bodies should be handled following our passing.