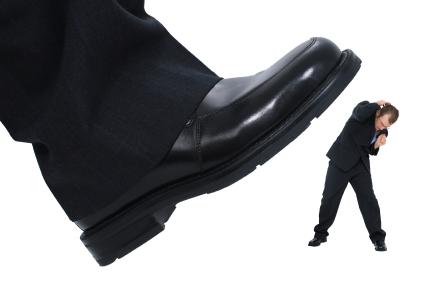 The last couple of months has seen an unprecedented clamp-down by national regulators on natural health products.  They are acting on a raft of EU laws that have been incrementally implemented since 2002, when the EU’s Food Supplements Directive was passed.

This would be all very well and good if the products that were being jumped on from great height were bogus, posed a significant risk to human health and were not of any benefit to anyone.  But none of these apply.  The vast majority of products being targeted and impacted are demonstrably safe and demonstrably effective.

And because the world of the EU is topsy-turvy, if the product is ineffective, that’s just fine – it’s the really effective ones that most often get into trouble with law enforcers.

The main culprit is the extraordinarily broad reach of the EU’s definition of a medicine, which effectively makes any product a medicine ‘by function’.

National and EU regulators: armed with a loaded gun

We’re not in the habit of running challenges that involve cash pay-outs for successful challengers, but here is one we considered recently: We’ll give €1,000 to anyone who can provide us with details of a food or food supplement product that DOES NOT breach the second limb of the EU definition of a medicine (as per Article 1.2(b), of amending Directive 2004/27/EC):

Any substance or combination of substances which may be used in or administered to human beings either with a view to restoring, correcting or modifying physiological functions by exerting a pharmacological, immunological or metabolic action, or to making a medical diagnosis

But we won’t waste either your time or ours, let alone risk hard-earned campaign funds pursuing this challenge, lest you find one of Big Food’s latest offerings to be completely inert.  To-date, we haven’t found a single food or food supplement that can escape this clause, mainly because they all have some sort of metabolic action at the least.

Yet it’s this very clause that is used over and over again by national medicines regulators to classify food supplements as drugs, arbitrarily, either at their will or at someone’s request.  That ‘someone else’ is invariably a representative from a company that sells drugs or foods, who views the targeted product as competition.

Most of the products being pulled off the market have no safety concerns – EU regulators end up using EU medicines law as a protectionist tool under the guise of protecting public health.  This mechanism is used to protect the biggest European players in the drug and food business, almost always at the expense of the smallest players who are often responsible for making the highest quality, most effective products.

The rot at the heart of the EU

Making things even worse; the machine that generates all these EU laws is rotten to its core.  Here is a non-exhaustive account of evidence of the rot:

With that kind of a track record, how respectful can you really be for either the people who create the laws, or those who blindly and increasingly feverishly attempt to enforce them?

What’s more, rolling over and taking a product off the market just because a regulator says its fallen foul of the second limb of the EU definition of a medicine should not be an option.  This is time for natural health companies to stand by the great products they make and ensure they are available to consumers not just today, but also in the future.