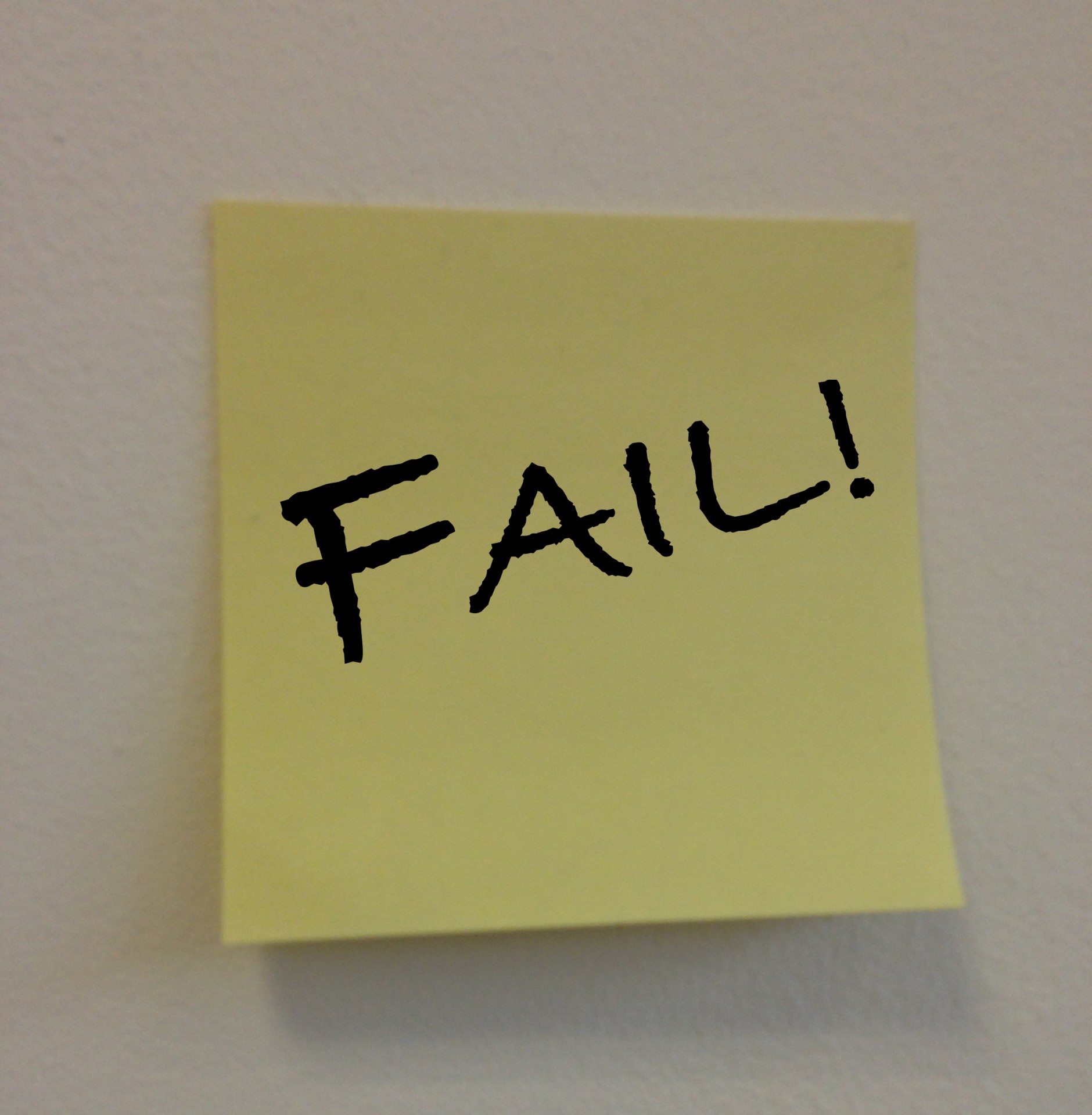 Yet another study brings into question the validity of mainstream ‘healthy eating’ guidelines, this time in terms of how they contribute to healthy ageing. But neither the mainstream guidelines nor the new research are looking at the latest science. 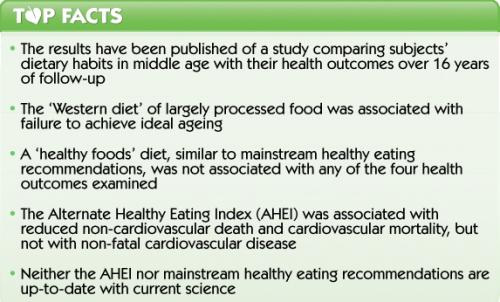 Pitfalls of the ‘Western diet’

A new paper by Tasnime Akbaraly and co-workers, published in the American Journal of Medicine, is yet another report of the dangers of the ‘Western diet’ – this time in terms of healthy ageing. The study examined 5,350 adults enrolled in the UK-based Whitehall II study of London civil servants, and compared their baseline dietary habits with their health outcomes after a mean 16 years of follow-up. Subjects were selected to be middle-aged at baseline (51.3±5.3 years), and the five defined health outcomes were ideal ageing (free of chronic conditions and high performance in physical, mental and cognitive functioning tests), non-fatal cardiovascular disease (CVD), cardiovascular death, non-cardiovascular death and normal ageing (subjects who did not fall into any of the other four categories). 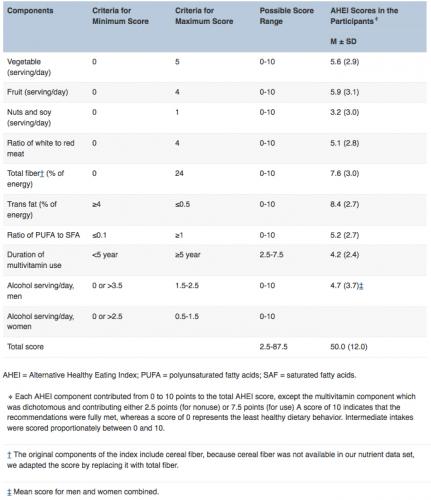 What do these results tell us?

Firstly – and this isn’t telling you anything you don’t already know – the ‘Western diet’ is bad news if you want to age well! Secondly, even sensible-sounding mainstream ‘healthy eating’ guidelines may have limited or even negative effects, certainly in terms of healthy ageing, if this study is to be believed. And thirdly, that the AHEI may offer a more useful set of guidelines for those wishing to eat well; “We showed that specific dietary recommendations such as the one provided by the AHEI may be useful in reducing the risk of unhealthy aging,” as the authors put it.

However, current science tells us that neither the mainstream nor the AHEI are ‘where it’s at’ on effective nutrition. The AHEI is the brainchild of Harvard School of Public Health, and has been evangelised most famously by Walter Willett. What Willett and the AHEI fail to recognise is that restricting carbohydrates from grains, in favour of vegetable sources, can have profound health benefits, especially in terms of blood-sugar balancing and gluten intolerance leading to ‘leaky gut’. The AHEI also includes soy as a health food, despite it containing ‘anti-nutrients’ like lectins and phytates, as well as goitrogens that can affect thyroid function.

Finally, the AHEI unfairly demonises saturated fat in the face of scientific evidence showing how vital it is for life, while always mentioning red meat in the same disapproving breath as processed meat – overlooking, of course, that red meat can be extremely healthy as well. Think particularly of grass-fed, organic beef, cooked at lower temperatures to prevent denaturing the delicate proteins.

So what of the AHEI, then? Definitely better than most people’s diets and better than mainstream dietary recommendations, but still partly on the wrong track and behind the curve when it comes to new nutritional and evolutionary-based science.