Home News Trolls, agents and forum spies! How dissent is controlled on the Internet 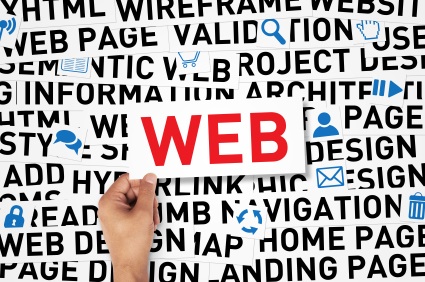 Trolls, agents and forum spies! How dissent is controlled on the Internet

Internet forums, comment sections and social media are heavily ‘policed’ by those pushing certain agendas – from pharmaceutical companies to governments. Here’s a few pointers to look out for the next time you’re in the thick of keyboard-based battle!

Wonderful thing, the Internet: not only the greatest store of human knowledge ever created, but a great leveller that allows everyone to have their say on anything under the sun. Under pressure from an army of concerned individuals, bloggers, citizen journalists, pressure groups and other networks, the previously hidden agendas of governments and big business are being questioned and exposed as never before.  With the rise of online conversations in Internet forums and comment sections, new ideas and information spread like wildfire, crossing and re-crossing the world in a matter of milliseconds.

At least, that’s the theory. Whether or not the Internet is actually a great leveller and expander of horizons is certainly arguable, as is the bloggers’ effect on the powers that be – and not just in China. While publications like The Economist would have us believe that, “Arm[ies] of cyber-police, hardware engineers, software developers, web monitors and paid online propagandists,” are employed to, “Watch, filter, censor and guide,” Internet users only in authoritarian dystopias, the truth is that the same things are happening elsewhere.  In fact, if you’ve spent a significant amount of time on Internet forums, you’ve probably come across “paid online propagandists” without knowing it.

Down the rabbit hole

That such paid propagandists exist is only common sense. If you’re an organisation with an agenda to push, such as a government or a corporation, one of the most effective ways to do so in the Internet age is to hire people to join discussions and steer them in a particular direction.  Even the fusty old European Union (EU) plans on influencing the run-up to the 2014 European elections in this manner. The US military has gone public over software that allows staff to control multiple online personalities, in various worldwide locations – and its assurances that US communications would not be targeted must be taken with a large pinch of salt. The Israeli government’s hasbara programme is one of the most visible ‘online media management’ campaigns.  Combine all this with the enormous – and growing – level of online surveillance and data storage performed by Western governments, and perhaps China isn’t the only place where the Internet is becoming a ‘surveillance state’.

So what does all this have to do with natural healthcare? Next time you’re on a forum discussing a controversial topic, such as vaccination, make sure you have ‘The Gentleperson’s Guide To Forum Spies’ in front of you. You may already have come across people who display some or all of the following behaviours:

And next time you’re involved in a forum debate, see how many of the ’25 rules of disinformation’ you can spot! We suspect it will be quite a few.

We’re not for a moment suggesting that all, or even most, forums where natural healthcare is debated are infested with ‘agents’, whether paid or unpaid. But some topics, like vaccination or genetic modification (GM), are so important to corporations and governments that it would be naïve to assume that all posters on such forums have arrived at their positions independently.

As ‘The Gentleperson’s Guide To Forum Spies’ says, “Remember these techniques are only effective if the forum participants DO NOT KNOW ABOUT THEM.  Once they are aware of these techniques the operation can completely fail, and the forum can become uncontrolled.” That’s uncontrolled as in free – the free exchange of ideas and opinions, untainted by vested interests.

What the Internet is all about, in other words.