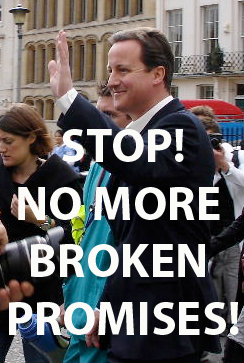 The UK government may be preparing to break its promise of state regulation for herbal medicine practitioners.  Please help us to urge the government not to do a U-turn, and safeguard the practise of herbal medicine for future generations!

Rumours of a reversal

Over the last few days we’ve heard from more than one Member of the UK Parliament (MP) that the UK government may announce a U-turn within 2 weeks on its promise, made over 2 years ago, to regulate herbalists by statute.  For the 8 million or so British citizens who have received herbal preparations via a practitioner, a U-turn could be a disaster.  Not only because of the loss of a statutory register, but because the UK government may also repeal the herbalist’s exemption to prescribe unregistered medicines, which has been in place continuously since 1968.

So today we have sent an open letter to the UK Prime Minister, David Cameron, copied to senior figures in his government and selected Members of opposition parties, as part of an intensive lobbying campaign to try to avert a U-turn.  But we also need your help.

Why is a U-turn on the cards?

None of us know exactly what’s been going on within the highest circles in British government in recent days.  However, we do know that the UK government has been very vulnerable to two main pressures, which together may have precipitated a tentative decision to row back on its promise of statutory regulation for herbalists. These two main pressures are:

1.  Pressure from the European Union (EU) institutions, in particular the European Commission and the London-based European Medicines Agency (EMA)

The reform of EU medicinal law in 2011 granted ‘authorised health-care professionals’ the ability to prescribe unregistered medicines for patients, an exemption principally designed to allow doctors to prescribe off-label.  Ever since, there has been pressure on the UK to reform the herbalist’s exemption in British law that was won following intensive campaigns by herbalists back in the 1960s.  While it is down to each EU Member State to determine what constitutes an “authorised health-care professional”, the fact that anyone can currently call themselves a herbalist under UK law does little to instil public confidence in the herbalist profession.  This is despite the fact that the vast majority of herbalists are both highly trained and clinically experienced in their respective areas.

2.  Media and political pressure by skeptics

There has been a concerted effort by organisations like Sense About Science, especially through its patron and peer, self-confessed skeptic Lord Dick Taverne, to badmouth herbalism.  Taverne and others tend to use fallacious information and demonstrate a total disrespect for the extensive literature on medical herbalism and plant medicine (itself the foundation on which the pharmaceutical industry has been built).

Lest we forget, here is investigative writer Martin J Walker's entry on Lord Taverne from his latest book, Dirty Medicine: The Handbook: "A great friend and colleague of David Sainsbury, who became Minister of Science under New Labour in 1997, he and Taverne were partially responsible for the New Labour victory.  After 1997 the two of them designed and put into practice the whole lobby structure intended to defend pharmaceutical corporations and corporate GM [genetically modified] science.  In the early 2000s, Taverne set up the Science Media Centre and Sense About Science, with his newfound ex-RCP [Revolutionary Communist Party] colleagues".  It's a safe bet, then, that Dick Taverne prefers the views of Edzard Ernst to the thousands of papers demonstrating positive health benefits of herbal products, accessible via numerous databases, including the Natural Medicines Comprehensive Database, Natural Standard or PubMed.

The skeptics' key message, which has had considerable airtime in major British newspapers, is essentially as follows: statutory regulation would lend authority and credence to a profession that does not deserve it.

“My view is that the Government should not establish a register for unlicensed herbal medicines.  To quote that indefatigable battler against quack science, Professor David Colquhoun, herbal medicine means,

"Giving patients an unknown dose of an ill-defined drug, of unknown effectiveness and unknown safety".

My objection is that licensing will confer on practitioners supplying these medicines a spurious respectability and credibility that can do great harm."

Call to Action – for UK citizens only!

We need to show the UK government that this is one promise that it should keep.  If the UK government is concerned about the ‘harm’ that Taverne and others speak about, why leave herbalists completely unregulated - which is effectively what would happen?  Self-regulation is great, but we know that opponents of herbal medicine will keep hammering home the potential risks posed by bogus operators or products that are contaminated or spiked with dangerous drugs.

This issue is really about people’s choice.  It’s about standing up against bullying not only by the European institutions, but also by the noisy skeptics that represent a tiny minority of the UK population with extreme views.

More importantly, it’s about maintaining the most fundamental healthcare tradition ever known to humanity: using plants, and products derived from plants, to manage our health.  This is a fundamental right and freedom that people around the world have had to fight for, many times over, to maintain.

We need Conservative MPs, in particular, to exert pressure at the highest levels to ensure that David Cameron’s government doesn’t backtrack on its promise.

Face-to-face meetings and handwritten and personalised letters are the most powerful when they come from members of a given MP’s constituency.  Form letters rarely get read by MPs.

UK citizens – find your Conservative MP in your constituency – enter your postcode and please arrange a meeting and write by the end of this week.  Given how imminent we think the announcement is, we need to exert maximum pressure in the coming days – and this pressure must come from the people, people who are passionate about the right to receive herbal medicines from herbal medicine practitioners.

Suggested structure of your letter

You can of course write what you want.  But the following are some pointers that might help.

I am deeply concerned that there has been no progress with the government’s promise to develop a framework for statutory regulation of herbalists. The promise was made over 2 years ago by Andrew Lansley when he was Secretary of State for Health. Two Department of Health committees and another two public consultations have come out strongly in favour of statutory regulation, yet why such a delay?

I am even more concerned to hear rumours/suggestions/murmurings that the Conservative government may be about to do a U-turn and break its promise.

[Provide 2 or 3 sentences expressing your view as to why receiving herbal medicines from a herbal medicine practitioner is important to you e.g. these products have helped you, members of your family or friends of yours in the past, you believe in maintaining freedom of choice in healthcare, you are concerned that a lack of statutory regulation may expose the public to unacceptable risks from bogus suppliers and unsafe herbal medicines]

I appeal to you to do what you can to prevent the government from breaking its promise and to either move forward to regulate herbalists by statute in the very near future, or provide a guarantee that the existing herbalist’s exemption provided currently by The Human Medicines Regulations 2012, is not repealed.

Given the urgency of this issue, I look forward to receiving your response at your earliest possible convenience.

For our own records, and to gauge MP responses, it would greatly help the effectiveness of our campaign if you could email responses that you receive to [email protected] with the subject ‘MP response to SR’.

Please do what you can to get this message out far and wide, to your own contacts, to your local health store, your practitioner clinic and to any other individual, group or company that you think might share our concerns.

We will be lobbying intensively in Westminster over the next 2 weeks, so we are very grateful to UK citizens for your help and support in our joint attempt to safeguard the future of herbal medicine in the UK.  Please remember, a win in the UK, will also set a precedent elsewhere in Europe.