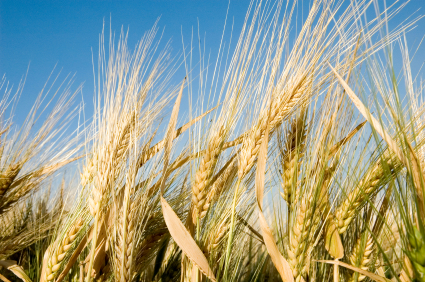 Wheat: time to eliminate it as the major Western human food staple?

The earliest known cultivation of wheat and its relatives dates back 12,000 years, with the first records of settled human civilisation coming out of Abu Hureyra, a settlement between the Euphrates and Tigris rivers in ancient Mesopotamia (now Syria). These grass species were the first to be domesticated and the ability to save seeds as food meant that people could drop their nomadic lifestyle and settle for the first time in human history.

Domesticating grasses therefore was a seminal moment for our species. But does that necessarily mean the food we became so reliant on was appropriate for us?


Twelve thousand years may seem a very long time ago. But it's really just a few ticks of the clock in time for our species — 36 minutes to be precise if we turn the span of human evolution into a 24-hour clock!  However, because of the slow adaptation of our genome, it is thought we need around 40,000 years – or about 2 hours using our analogy of the 24-hour human clock — to adapt to a changed environment.

Food for thought, especially when one of the main staples in our society now is a 'new' food.  And one that was has only become so because of agricultural convenience rather than being chosen because of its specific health benefit.  A stark fact of which we're reminded in a new paper just published in May 2013 entitled, "The Dietary Intake of Wheat and Other Grains and their Role in Inflammation".

Fire in the hole!

Why is it that we have such a healthy respect for fire in all other aspects of our life, but not when the fire is alight in our body?  Clearly when the eye can't see, it can turn a blind eye.  Inflammation is the natural response of our innate immune system to challenges from noxious stimuli, microbial pathogens and injury.  But the response varies in intensity and therefore symptoms.  An acute infection raises an acute response, but it's the constant activation of immune cells through continuous exposure to triggers that causes chronic low-grade inflammation (LGI).

Chronic LGI is associated with many diseases and disorders such as cardiovascular disease, metabolic syndrome, cancer, autoimmune diseases, Alzheimer's disease, schizophrenia and depression to name a few.  If you take away nothing else from this article let it be that acute fire in the body in response to infection is necessary and healing, but a constant low-level burn is not only very energy consumptive, but also leading you towards chronic disease.

Wheat: a noxious trigger of inflammation

The paper, by Karin de Punder and senior author and renowned clinical psychoneuroimmunologist, Leo Pruimboom, is open access so you can download it for free.  The authors’ conclusion from the available published evidence on the ‘anti-nutrients’ in wheat and other grains is as follows:

[All the above points are fully referenced in the journal article.]

The paper provides evidence for what scores of practitioners around the world have been saying for years – that the daily consumption of wheat and wheat products, as well as other cereal grains, can contribute to the manifestation of chronic inflammation and autoimmune disease.  Whilst coeliacs and gluten-sensitive patients have clear adverse reactions, could it be that their immune systems are actually giving a more ‘intelligent’ early warning than those with no obvious symptoms?  Isn’t it worth 8 weeks of exclusion to see how you feel without the anti-nutrients from grains?  Especially when you can derive even more health benefits by substituting the starchy, cereal-containing carbs with a wide selection of vegetables, along with all their valuable phytonutrients and energy quota!

As many converts will tell you – there is life beyond wheat…!