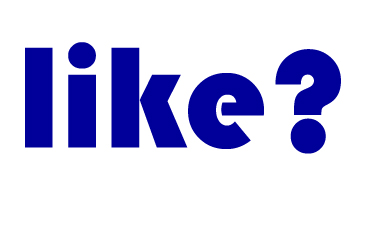 Our colleagues at ANH-USA announced earlier today that nutritional supplement companies that “Like” a customer’s Facebook page can lead to the US Food and Drug Administration (FDA) classifying the product as a drug.  Also, if a supplement company links to a scientific journal article that shows that a product or ingredient in it can alleviate a disease, that’s also classed as a disease claim for an unlicensed drug.  And because unlicensed drugs are illegal, the FDA can use these and similar ruses to pull products off the market – and that’s just what it’s doing now.

The FDA’s justification?  According to the agency, if a third party or individual makes any kind of disease claim, and then a manufacturer or supplier of the same ingredients or product becomes associated with that claim, a disease claim has been made.  And that’s a privilege, you’ll remember, that is reserved only for drug companies and their licensed drugs.

But while most countries don’t allow blatant disease claims on products or on product marketing material, the interpretation of what constitutes a commercial communication is now blown wide open by precedents like these in the USA.  More to the point, this kind of action runs contrary to one of the most hallowed principles in US society: freedom of speech as granted by the First Amendment.

We’ve been warning the US public, along with US manufacturers and suppliers, about the risks of EU-style regulation impacting the US for some years now.

A number of comments on our piece from August 2012, The '12-step' programme to diminishing natural healthcare – worldwide, were critical of our analysis.  They not only said our analysis was immature, they also inferred there was no evidence that small businesses were disproportionately impacted by increased regulation on healthcare.  But we have heard nothing that changes our minds, and these latest revelations from our colleagues at ANH-USA provide another reminder of how important it is for Americans to continue to fight for their liberty.

In Europe, we suffer from very broadly scoped medicinal law that technically makes every substance you ingest a medicine.  It’s only a weak exemption, tucked away in the preamble to the relevant EU Directive, that saves the majority of products, but only if they are “clearly” foods, supplements, cosmetics or medical devices.  Tread the borderline between food and drug, and your future is then, arbitrarily, at the discretion of the regulator.  Manufacturers and suppliers of efficacious food supplements live in permanent fear of this loaded gun brandished by national regulatory authorities, one granted to them in EU law.

But there’s a precedent in EU law that takes things within a whisker of the FDA’s latest enforcement practices.  We refer here to the case of Danish journalist Frede Damgaard, who dared publish an article on his website about the benefits of rose hips for arthritis and gout.  Included in his web piece was an image of a rose hip product, Hyben Total, that was sold in Demark as a food supplement, not a licensed drug.  A Danish regional court prosecuted Mr Damgaard for making an illegal medicinal claim for the product, and when the case was referred to the European Court of Justice, the Court agreed with the Regional Court.  This was despite an earlier opinion from the Advocate-General in the case, who disagreed with the regional court’s decision and voiced concerns that such actions could severely limit freedom of speech.

NHCR – one step too far for the US public?

We now have, in the EU, the Nutrition and Health Claims Regulation, a piece of European law built on the foundations of appalling scientific rationale, agreed at the international level within the Codex Alimentarius Commission.  The FDA, as the representative of the US government in the Codex Committee on Nutrition and Foods for Special Dietary Purposes (CCNFSDU), has agreed the scientific substantiation requirements for foods and nutrients every step of the way.  And now it’s using its powers to override the First Amendment to do just what is being done in Europe.

The FDA’s trick to foil the US public?

It’s a remarkable manoeuvre, and one that allows the side-stepping of a framework like the EU’s NHCR.  Judging by the huge public resistance to the original terms of the Dietary Supplement Health & Education Act (DSHEA) on the lead-up to its passage in 1994, the FDA knows just how hard it would be to get NHCR-style legislation through Congress.  So why not just end-run a new regulation, and try to use existing regulatory infrastructure to get to the same place?

That’s what appears to have happened.

Readers in the USA: please engage in the call to action made last night by our colleagues at ANH-USA.

Readers from elsewhere: please make any friends, family members or contacts in the USA aware of what’s going on by sharing this article with them, and/or the ANH-USA one, FDA Violates Free Speech to Limit Supplement Access. Take Action!

Please also engage with ANH Europe campaigns to help us stave off or reduce the regulatory insults that are occurring to natural health on a daily basis.

History tells us - repeatedly - that all the freedoms and liberties we might enjoy today have been fought for by our predecessors.  Now it’s our turn.