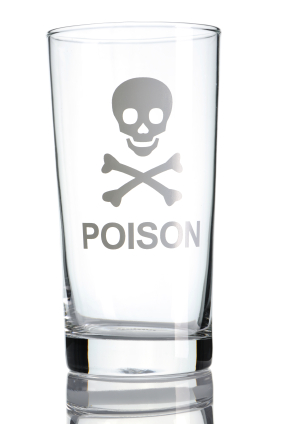 Even though it admits that fluoride is not an essential nutrient, the European Food Safety Authority (EFSA) has released proposals for an ‘Adequate Intake’ (AI) of artificial fluoride salts.  ANH-Intl believes it is entirely inappropriate to set a dietary reference value (DRV) for what is effectively a drug or poison – and our consultation response to EFSA, submitted last Friday, makes this very clear.

EFSA was asked by the European Commission (EC) to publish a Scientific Opinion on Dietary Reference Values for fluoride, and the draft was released for public consultation in March of this year.  EFSA has presented the DRV as an AI of fluoride from all sources, including non-dietary sources.  EFSA considers that an AI is appropriate because of, “The beneficial effects of dietary fluoride on prevention of dental caries”.

The draft Scientific Opinion concludes as follows: “The AI of fluoride from all sources (including non-dietary sources) is 0.05 mg/kg body weight per day for both children and adults, including pregnant and lactating women.  For the latter, the AI is based on the body weight before pregnancy and lactation”. 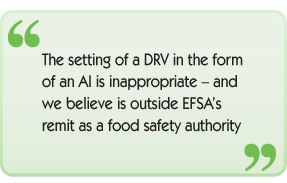 We argue that the setting of an adequate (minimum) intake level, similar to a recommended daily allowance (RDA) for vitamins, minerals and other essential nutrients, is completely inappropriate for fluoride.  The authorities, which still appear wedded to the notion of using fluoride to protect children from dental caries, may consider they have no option but to treat fluoride as a food ingredient.  They likely recognise that synthetic, industrial-grade hydrofluorosilicic acid – the form of fluoride generally added to drinking water – would be deemed unacceptable under a drugs regime, based on a balance of risk and benefits.  Therefore, by maintaining fluoride within a food regime, fluoridation schemes can be justified – despite needing to dramatically bend the rules to avoid fluoride’s classification as a drug or biocide!

In addition, the evaluation of artificial fluorides is outside EFSA’s remit, and the publication of an AI provides a spurious justification for the levels required (0.7–1.5 mg/L) to yield a medicinal effect in water fluoridation schemes.  This is despite clear evidence of harm of these concentrations, especially to children.

We will keep you informed of developments when EFSA publishes its response to ANH-Intl and the other consultation stakeholders.