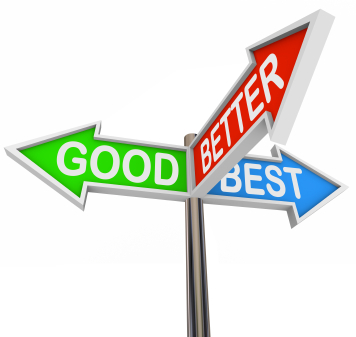 Second thoughts in the technology age

Technology benefits all our lives &ndash; but not without risk&nbsp;

Few would deny the benefits that modern technology has brought to all our lives. Unfortunately, it often appears that the inherent risks in these technologies are overlooked in the rush to reap – and commercialise – the rewards. We, the general public, are increasingly being pushed by our governments to get behind technologies like genetic engineering and wind farms. Many would argue that their kids need a mobile phone to keep them safe when they’re away from home. To form any kind of judgment, we need to weigh up benefits and risks. When a spotlight is shone on the benefits, or the benefits are exaggerated, we find it quite easy to more or less ignore the risks. But what makes it even harder is that the risks and benefits often exist in completely different, hard to compare, currencies.

We think we can learn something from history. So we decide to take a brief look at eight technologies that are, or are becoming, part of our everyday lives.

We can thank radiofrequency electromagnetic fields (RF-EMF) for long-distance communication in all its forms: mobile phones, radio, television, radar, wireless Internet and many more. However, there is increasing evidence of human health risks associated with RF-EMF, and especially utility ‘smart’ meters. Evidence also indicates that RF-EMF may have numerous negative effects on the health, reproduction and population density of birds and mammals, bees and even trees and shrubs. More research is needed into these phenomena along with a more precautionary approach to the use of RF-EMFs.

Fact: the modern world would be unimaginable without computers. But what effect does widespread exposure to digital media like the Internet, laptops and tablets have on developing young minds? Some neuroscientists are ringing a warning bell: Dr Manfred Spitzer, for example, in his book Digitale Demenz (Digital Dementia), claims that, when young kids use computers too much, “Brain development suffers and...the deficits are irreversible and cannot be made up for later in life”. Oxford University’s Baroness Susan Greenfield is also concerned about the consequences of ‘mind change’, both positive and negative. Similar concerns have prompted parents working for Silicon Valley technology firms to send their children to computer-free schools – which at least avoids the problem of addiction. Now, where did we put the abacus and flash cards...?

Wind farms may offer a greener option for power generation, but they certainly aren’t bird or bat friendly. Only last week, ‘twitchers’ who gathered on an island off the Scottish coast to catch a glimpse of a solitary and very rare white-throated needletail were appalled when it was killed by a rotating turbine blade. Somewhat incongruously, the UK’s Royal Society for the Protection of Birds (RSPB) still supports wind farms, despite the risk they pose to birds.

We’re told by its supporters that genetically modified (GM) crops will, among other wonders, reduce pesticide use, increase biodiversity, save the lives and sight of millions of children in the developing world and make an enormous contribution to feeding the starving in those same countries. Our ‘GM Dirty Dozen’ shows the reality is very different – and recent peer-reviewed research shows that European GM-free farming outperforms GM farming in the USA.

The environmental cost of pesticides

Apart from keeping crops pest-free, pesticides have been linked to other associated benefits. Whether these supposed benefits are worth the threat posed by pesticides to predators, parasites, pollinators and other non-target organisms is, of course, another question. Recent attention has focused on the decimation of bee populations around the world, and the subsequent impact on global food supplies. And that’s without mentioning any of the myriad other pesticide-related issues that make them such a controversial approach to agriculture. Time to go organic?

Biofuels: no longer the ‘next big thing’

If we accept, as most do, that we need to reduce our reliance on fossil fuels, are biofuels – fuels made from recently living organisms – the best way to go about it? Bioethanol made from sugary or starchy food crops like sugarcane or corn, and biodiesel made from vegetable oils and animal fats, have become big business in recent years — all on the back of environmental and human health concerns. In 2013, however, the European Union’s aim for 10% of the total fuel supply to come from biofuels by 2020 is now being ratcheted downward. The reason? To promote development of second-generation, ‘sustainable’ biofuels, which purportedly result in lower net greenhouse gas emissions than the first-generation versions. Equally importantly, they don’t interfere with food production. But what about the dire impact of biofuel cultivation on rainforests?

The curse of industrial fats and the ‘cholesterol myth’

Low fat foods are good for us, and reducing our cholesterol level is the best way to avoid heart disease – right? Actually, both of these myths have recently been shattered. The Men Who Made Us Fat, a documentary aired in 2012 on the UK’s BBC2, offered a clear public demonstration that low-fat foods were dreamt up by the big food manufacturers as a way to make money. Saturated fats were replaced by industrially hydrogenated, polyunsaturated vegetable fats that were solid at room temperature. The resulting trans fats have since been linked to inflammatory conditions like heart disease and cancer. As for the cholesterol or lipid hypothesis of heart disease, many doctors have been disputing it for decades – and there’s now enough evidence to move on from this dangerous myth. When will governments catch up, we wonder? (The Men Who Made Us Fat Part 1, Part 2, Part 3.

Pharmaceutical drugs are the mainstay of modern medicine, supposedly ‘the greatest benefit to mankind’. Yet the pharma industry is regularly beset by failures that kill and maim thousands – if not hundreds of thousands – of people. But perhaps we shouldn’t be so surprised, given that the industry fakes data, uses every trick in the book to manipulate science and spends untold millions on influencing doctors to buy its products – and is built on an extremely shaky foundation in the first place. May we suggest a safer option?

Making up your own mind

What all of these examples show is that we need to develop new ways of assessing both risk and benefit. We must understand that, if a government or industry faction is desperately trying to push a new technology at us while shouting from the rooftops that it’s both safe and good for us – or the planet – that’s probably not the case. At best, it’s likely that the reality is one of scientific uncertainty in relation to both risks and benefits.

We must also recognise that the constant barrage of seemingly contradictory information that reaches us is usually produced by different groups of people, with hugely differing backgrounds, concerns and interests.

In the case of the technologies just mentioned, the potential risks are largely skated over in favour of the enormous perceived benefits — and, let’s face it, profits. Perversely, the opposite is the case with natural healthcare-related technologies, such as food supplements and herbal products. Here, risk assessors have developed models that assess risk in isolation, and even exaggerate it, with no concern for the associated benefits – which may be multiple and significant. For more information, check out the peer-reviewed papers written by ANH-Intl executive & scientific director, Rob Verkerk PhD and published in the journal Toxicology.

The take-home here is simple: if you’re being asked by your government to get behind a controversial new technology, as is presently the case with Europeans and GM foods, remember that you are likely only being told a small part of the story.

We owe it to future generations to be diligent when it comes to new technologies, and to make our own, carefully considered judgments in our brain’s weighing machine about what are often mismatched baskets of risk and benefit.