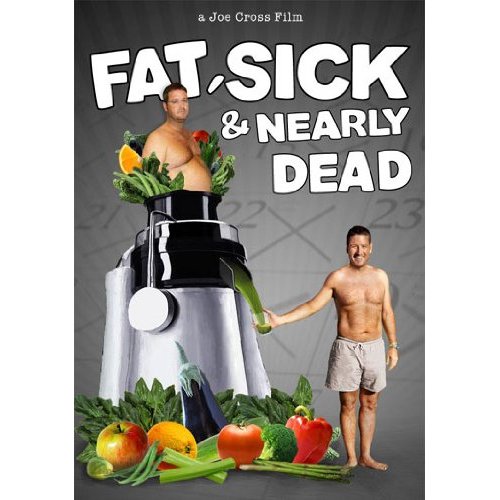 From pills and ills, to super strong wills

Fat, Sick and Nearly Dead is an uplifting movie about a man who decides to radically change his dietary and lifestyle choices in an effort to deal with his declining health and increasing waistline. Overweight, taking a daily cocktail of drugs and having been told that there was nothing more conventional medicine could do for him, Australian Joe Cross decided to tackle his problems in his own way. He chose to use nutrition, physical activity and his mental and emotional state to do what our bodies are programmed to do – and that’s to self-heal.

Joe Cross decided that if he was going to tackle his demons, he should do it where his demons were the greatest. So he embarked on a life changing journey around the United States with a juicer, a generator and massive dose of commitment to reshape his life and his body. During his travels he met a trucker, Phil Staples, who was also overweight, on numerous medications, depressed and in dire need of ‘something’. The stories of these men, their journey and the people they influence around them is nothing short of inspirational. It’s testimony to the effects that diet and lifestyle can have on your physical and mental health.

Both men, under the supervision of a doctor, underwent a 60 day juice fast. Without knowing the intricate details, it’s difficult to know exactly what went into the juices and whether they supplemented the fast at all, and it has to be remembered that these two people were fairly extreme cases hence the length of their fast. However, throughout their journey they encouraged others to use nutrients to rebalance their bodies – as long as they consulted their family doctor - for a shorter period of 6 days and the results spoke for themselves. Those who took part in the community juice fast organized by Phil, spoke of more energy, better sleep, improved concentration, increased general health and generally feeling “amazing”!

We also see footage of Joe swimming and running; so there can be no denying that his greatly increased activity and improved psychological state were likely to have been major factors in his health transformation.

You are what you eat

Prof. Ronald Penny M.D. (Emeritus Prof. of Medicine, University of NSW and Medical Director for Good Health Solutions) claims, “70% of diseases that affect us are caused by life choices. How we exercise, if we smoke, what we eat; and of that how much is saturated fat, carbohydrates, salt and alcohol. Can you have some it? Sure. But most people have too much.”

When speaking about Joe’s 60 day fast he said, “ We certainly changed his lifestyle. We didn’t just change what went into his mouth. He became more active, stopped drinking, doesn’t drink tea and coffee, and he doesn’t buy manufactured, processed food.

What he’s done will go a long way to prevent him getting heart disease, cancer, mental illness, diabetes and a range of other medical conditions because he’s committed himself to a healthier lifestyle.”

By the end of the movie we’re told that neither Joe nor Phil need to take any medication anymore – why would anybody living with any sort of ill-health not be desperate to give this a go?! Come on people, give your body the tools it needs to do its best by you and get on the juice wagon! 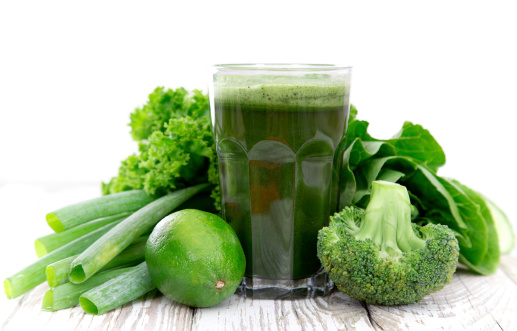 For nearly a year now I’ve been toying with the idea of getting a juicer. I’ve even researched them a few times, but good quality ones come at a price and I’ve always had more pressing things to spend my money on. However, within 5 minutes of watching Joe Cross’ Fat, Sick and Nearly Dead, my yearning for one was re-ignited — and stronger than ever. The Western diet, and processed foods especially, mean that most of us are severely deficient nutritionally. This inevitably leads to the familiar diseases that plague so much of our society in older age. Don’t get me wrong, I’m probably one of the healthier ones, but I’m still very aware that parts of my diet and lifestyle could be improved…and I would certainly benefit from more energy.

Whether it’s done for vanity or health – everyone could benefit from the hit of nutrients that juicing offers. And if that helps us become more physically active and the diet and activity work together to improve our emotional states, isn’t that a win-win? Who wouldn’t want to feel re-energised? Have better concentration? Eliminate health problems that may have been accumulating? Not be reliant on drugs? And reap the many other positive rewards that could result from using fruit and vegetables to re-balance their body? It's a must-see movie!

It’s always great to see people who not only recognise when they’re on the verge of a health disaster, but who get results by trusting their body’s innate desire for health. What would happen if every obese or type 2 diabetic person in the West went on a supervised 60-day juice fast like Joe and Phil? We’d have a lot of happy organic vegetable growers – and no obesity or diabetes epidemics! And while I’d say that a 60-day juice fast is pretty extreme, even doing it for 2 or 3 days will be likely to help balance blood sugar, normalise blood pressure, increase energy levels and wellbeing and improve your skin condition. Just bear in mind that you might feel rough at first as your body begins to detoxify under the influence of the concentrated nutrients found in the juice. And don’t forget to have some protein and healthy fats while you’re juicing!

This film reveals the power of dietary and lifestyle changes to transform lives. It is above all very empowering and inspiring! Okay, those looking for details about the precise types or quantities of fruits and vegetables consumed by the three key people in the film, or the exact type of juicers used, won’t find that information given. In fact, what Joe Cross advocates is somewhat controversial and may not work for everyone. Many nutritional therapists, for example, wouldn't recommend removal of animal or vegetable proteins or essential fats or fibres from the diet for more than a few days, at least without a very good reason. Others might argue that the sugar content of juiced fruits especially, but also vegetables like carrots, are too high.

But there are nonetheless clear, well established benefits of juicing, including the ease by which you can easily imbibe the vast and diverse range of powerful, alkalising phytonutrients and raw enzymes contained in fresh fruit and veg, together with their complement of vitamins, minerals, electrolytes, anti-oxidants, and other micronutrients. There is evidence for many plant compounds having particular physiological effects on the body, many of which can support body organs, including detox processes in the liver, and so transform health. For most people, juicing can be included as part of a balanced, healthy diet, but it should be used carefully to help mitigate any insulin stimulating effects from the higher glycaemic load associated with juicing large amounts of fruit and vegetables.

A huge number of people are looking for some kind of a cue or stimulus to change their diet or lifestyle. Joe’s involved travelling, exercising, developing new social linkages, maintaining an intensely positive attitude, restricting caloric intake, ditching processed foods — and juicing. It’s impossible to say just how important the juicing was for Joe and Phil’s transformations, and we need to remember that many have achieved what Joe and Phil achieved without a juicer. The raison d’être for this film is undoubtedly as a source of inspiration. We all need to recognise that our bodies, within the bounds of our individual genetic capacity, are looking to achieve an optimal state of health and balance, and to achieve this, all most of us need do is provide the right dietary, physical and emotional environment to allow nature to take its course. Be inspired!

How to see the documentary