Home News The ‘greening’ of pharma: a growing trend 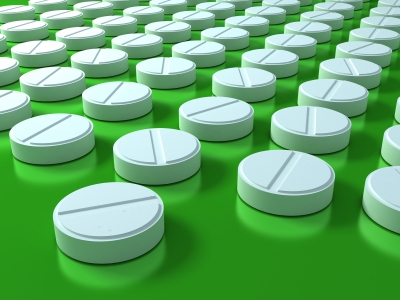 The ‘greening’ of pharma: a growing trend

ANH-Intl investigates the implications of pharma importing its tried and tested methods of patent protection, legal threat and monopoly to the world of natural health

Contrary to received wisdom, nature is not immune from pharma patents.  As more and more pharmaceutical companies begin to appreciate the power of natural molecules, they are finding ways of entering the area while protecting their business.  In the pharma world, business protection is, of course, somewthing of a synonym for creating monopolies or other methods of market exclusivity.  When it comes to natural products, it seems the secret lies more in protecting the production process, rather than the molecule itself.  And there’s no doubt that pharma companies going down this road will enforce their patents on natural products in exactly the manner that was seminal to the creation of their existing empire, built on new-to-nature molecules.

But what does this mean for the consumer – and does it pose any threat to the natural products industry as we know it today?

Folates are essential nutrients that are vital for cell division, homeostasis and reduction of homocysteine via methylation.  They are involved in prevention of various serious conditions, including cancer, heart disease, Alzheimer’s disease and depression, although their most well-known roles are in the prevention of neural tube defects (e.g. spina bifida) in developing foetuses and preventing the development of megaloblastic (or folic acid deficiency) anaemia in adults.

Most people have heard of folic acid – more accurately termed pteroylmonoglutamic acid – the fully oxidized, non-bioactive form found overwhelmingly in commercial food supplements and fortified foods.  However, most of the folates in our diet exist in the reduced, polyglutamic, bioactive forms that are vital to a diverse range of key physiological functions.  These include production of DNA, cell division, energy production, detoxification, cancer protection and homocysteine reduction. Leafy green vegetables, spinach, beans, peas, chick peas, potatoes and an assortment of other vegetables are loaded with polyglutamic, reduced folates.

Folic acid needs to be converted to the active form via an enzyme called MTHF reductase (MTHFR).  This enzyme is genetically defective in as many as 30% of the population, who cannot produce enough of the reduced, bioactive form if they are mainly ingesting folic acid.  What has stopped most companies trying to take the reduced forms out of foods and putting them in supplements has been the lack of stability of the polyglutamic forms.  Enter the pharma industry – an industry that specializes in producing stable, patented molecules.

The two most useful forms of reduced folate are folinic acid, a formyl folate, and the methyl folate 5-methyltetrahydrofolate (5-MTHF).  Both are patented.  Folinic acid is available as a licensed pharmaceutical, leucovorin, the calcium salt of folinic acid.  It is registered for use to reduce the toxic effects of chemotherapy.  Originally manufactured by GlaxoSmithKline (GSK), leucovorin is now available either as a generic or an isomeric form known as Fusilev®.

The other key form, 5-MTHF, was patented by drug giant Merck in 1999 under the brand name Metafolin®.  While patent law makes it illegal to patent a natural molecule itself, Merck did what it and its stablemates have done so well in the past: they altered the structure of the molecule to get their patent.  In the case of 5-MTHF, Merck scientists tagged a calcium salt to it.  This made it both more stable and, probably more importantly, patentable, so they could go on to market Metafolin as a, “Stable and pure crystalline ingredient”.  As its 1999 patent – held in the name of researchers at the University of South Alabama – covers a long list of methyl and formyl polyglutamic folates, along with their derivatives, it’s clear that Merck has had much of the natural folate market sewn up for quite some time.

Merck wasted no time getting its folate ingredient approved by the US Food and Drug Administration (FDA) and the European Union (EU).  In 2007, Merck had the opportunity to flex its folate muscles and defend its patent.  The victim was a company named Gnosis that Merck targeted for, “Falsely market[ing] its folate product using the chemical name, abbreviation, chemical formula, and Chemical Abstracts Services registry number...reserved for Merck’s purer folate ingredients”.  Merck won that case in 2012.  Merck brought further cases in 2008, 2009, 2010, 2012...we think you get the picture.

Another element of control that Merck is exercising involves the control of supply.  European companies choosing to include Merck’s EU food supplement approved ‘calcium methylfolate’ have to go through a systematic approval process, controlled by Merck, before the ingredient is released to them.  Among the information they need to supply is data on their existing customer base and market profile.  Many businesses with which we have interacted would not wish to disclose these data to Merck.  Others have said they have tried and been refused supply of the ingredient.

The ‘greening’ of pharma

Merck’s Metafolate isn’t the only example of what may be termed the ‘greening’ of pharma, where the drug giants recognise the value of natural products and make serious investments in the area.  Here are few other recent examples:

These investments inevitably change the tenor of the natural products marketplace.  They potentially also affect the conventional pharmaceutical marketplace by demonstrating that value exists in the natural products arena, and pharma's sheer muscle means that more people may get to ingest natural, nature-identical, or near-nature-identical, molecules.  For healthcare, irrespective of who makes the product, that probably beats consuming regular drugs, given their notorious side effects.

Although the newly ‘greened’ pharma companies may not yet be rushing to defend their investments using the corporate bullyboy tactics so beloved of Merck and its brethren, their direct and indirect competitors, including specialist natural product manufacturers and suppliers, now operate in an environment where such legal threats are a distinct possibility.

In reality, this trend represents another arm of the ongoing pharma effort to co-opt and dominate the natural products arena, aided and abetted by legislation, international guidelines and trade deals.

As long as we have a choice, we consumers are able to exercise our right to opt for cheaper, high-quality, non-pharmaceutical, natural products whenever possible.

With our right of choice maintained intact, we should not forget that, as consumers, we have the ultimate power to shape the future market.