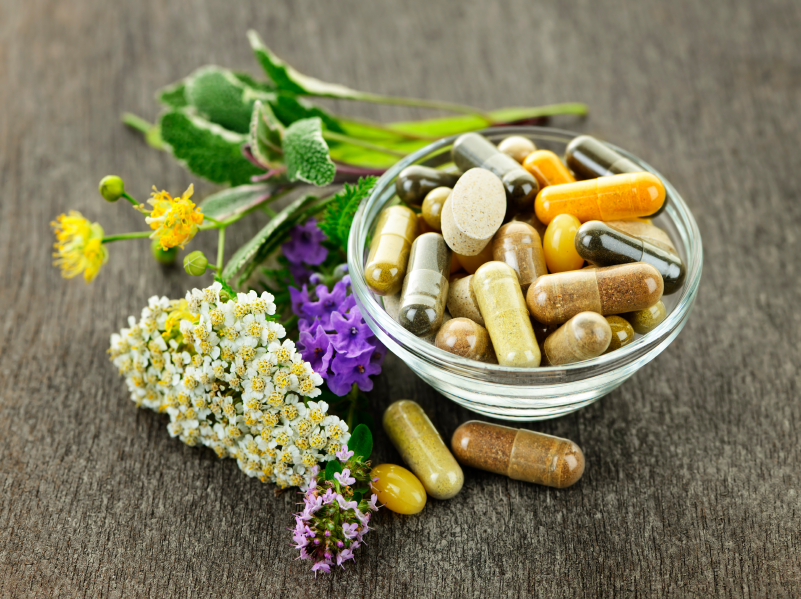 Wasn&rsquo;t the THMPD meant to stop this kind of thing?&nbsp;Yes, it was

The global botanical medicines and supplements sector is a fragile one, and one whose fragility is being amplified by a small number of – let’s not beat around the sea buckthorn bush – dodgy players.

Read the full story at Nutraingredients.com, including comments in the article by ANH-Intl's Rob Verkerk PhD.

ANH-Intl Comment: There’s been a slow but steady trickle of bad news stories concerning traditional Chinese medicine (TCM) products in recent months. However, this week’s latest revelations of heavy metal-riddled TCM and Ayurvedic products stung one Simon Mills, of the British Herbal Medicine Association (BHMA) and the European Scientific Cooperative on Phytotherapy (ESCOP), into outraged reaction: “This is a long term problem that does not seem to be getting any better,” he told Nutraingredients. “Even executing the head of the regulator in China does not seem to be able to stem this stuff.”

At this point – and amid Nutraingredients’ somewhat hysterical call for the European Union (EU) to consider, “A blanket ban on TCM as a drastic solution to a drastic problem” – some perspective is sorely required. While we agree with Simon Mills and Nutraingredients that legislation is the elephant in the room in cases like these, we believe they are looking in entirely the wrong direction. Development of the EU’s Traditional Herbal Medicinal Products Regulation (THMPD) was partly aimed at addressing, “Concerns over the low quality and safety standards of some unlicensed herbal medicines,” in the words of the MHRA’s predecessor and prime supporter of the THMPD, the Medicines Control Agency. TCM products were named as one of the main culprits.

Clearly, then, the THMPD isn’t working – and the idea that yet more EU legislation will somehow fix the situation is optimistic at best, and naïve at worst. This is something we fully intend to raise in Court when we mount our EU herbals challenge.

As Rob Verkerk, ANH-Intl founder and executive & scientific director, points out, “It is an ongoing problem, and I can assure you that the majority of reputable Chinese manufacturers and suppliers are as frustrated with the situation caused by a tiny fraction as anyone else. This issue was picked up intelligently by the European Parliament back in the 1990s, and it's something of an irony that the EU herbals directive has had absolutely no impact on such unscrupulous operators, just as we forecast.”

But Mr Mills may be neither optimistic nor naïve. When he’s not wearing his BHMA or ESCOP hats, he can be found acting as spokesman for the Herbal Quality Campaign (HQC), which is well known for using ‘public safety’ rhetoric to push for the removal of unlicensed herbal products from the UK market. The main beneficiaries of the HQC are the big phytopharmaceutical firms like Schwabe Pharma and Bionorica, who have invested heavily in Traditional Herbal Registrations (THRs) for their products and who don’t like the competition offered by food supplements products containing the same herbs, often in quite different kinds of preparations, such as 'whole herb' forms. And while the products being highlighted by Mills and Nutraingredients genuinely pose a threat to health, botanical food supplements of the type normally targeted by the HQC do not – but it would appear to serve the HQC’s purpose well if the public mind conflates the issues of rogue manufacturers and perfectly legal botanical food supplements.

Please understand that, behind the cries about poor quality Chinese and Indian herbal products, there is a much more sinister, protectionist plan orchestrated by a handful of European phytopharmaceutical companies.

These companies repeatedly exaggerate the problem of contamination. They also fail to accept publicly the point made to Nutraingredients by Dr Verkerk that the public exposure of cases concerning contaminated products is direct evidence of the effectiveness of border checks and quality controls. Simon Mills' comments to Nutraingredients suggesting that even executing China's chief drugs regulator (6 years ago for accepting bribes for fake drugs) has made no difference, is not just a cheap, disrespectful jibe, but is largely irrelevant to the issue of herbal quality controls.

The European phytopharmaceutical companies are, in many respects, unlike their giant counterparts such as GSK and Merck: they have considerably smaller markets and manufacture products with considerably more natural 'DNA'. However, they share one common trait: a desire for market dominance and profit - even if distortion of the facts is necessary to achieve these objectives.

This leaves one overriding take-home message: choose your natural products carefully, and buy from trusted manufacturers and suppliers that uphold not only a strong commitment to quality, but also high ethical standards.