Home News The battle for Balcombe – and beyond 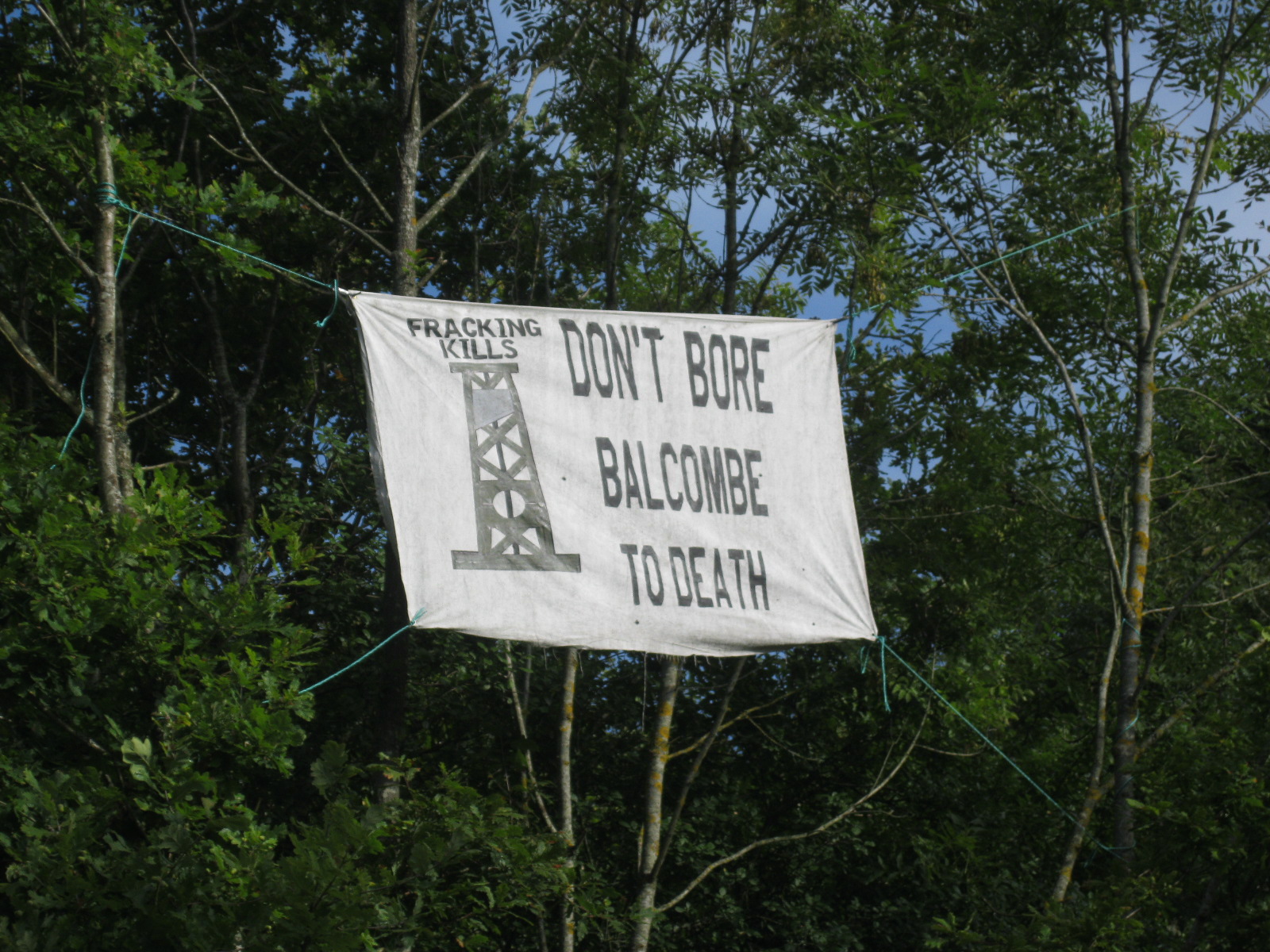 The battle for Balcombe – and beyond

Hydraulic fracturing – fracking – for shale gas is an environmental and health disaster. While citizens are overwhelmingly against fracking, especially in affected communities, industry and governments are plugging it for all it’s worth.  The parallels with genetic modification (GM) are obvious, and fracking may be about to join GM as a defining issue of our age.  ANH-Intl’s Adam Smith visited the fracking protest site at the Sussex village of Balcombe, UK, on eviction deadline day.

Protestors first moved into Balcombe at the end of July, after mining company Cuadrilla was granted a license to drill by the UK’s Department for Energy. Since then, Facebook groups and websites such as Britain & Ireland Frack Free (BIFF), Frack Free Sussex and Frack Off have provided regular daily updates from the so-called ‘Balcombe Community Protection Camp’, along with commentary on the wider issue of fracking.  On 9th September, however, Sussex County Council served an eviction notice with a deadline of 10.00 am, Tuesday 10th September.

The long row of tents and stalls lining the road next to Cuadrilla’s proposed fracking site lends the camp an almost festival-like air. There’s even a camp juggler to keep morale up. 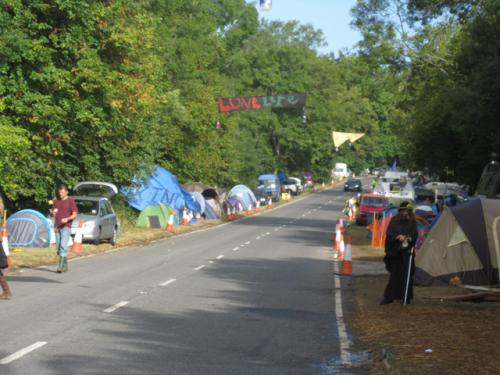 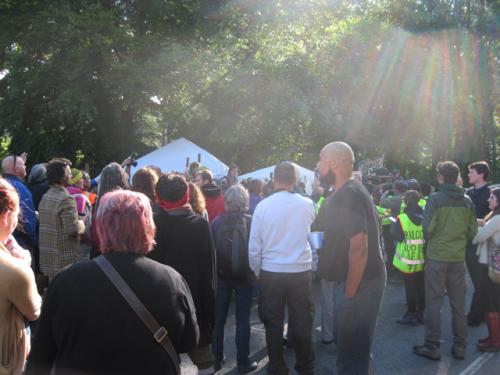 Even so, the numerous slogans and signs make it impossible to forget that there is a wider purpose here. 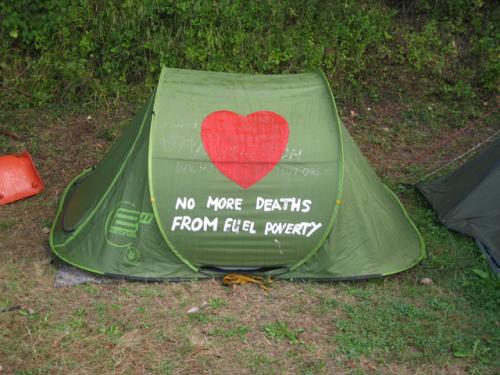 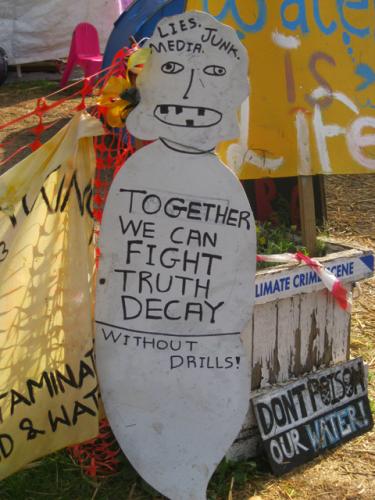 At a rough guess, there looked to be a hundred or so protestors at the site, and I detected an undercurrent of tension below the upbeat surface, presumably related to the threat of eviction. When I arrived at about 9 am, there was already a noticeable police presence, most obviously guarding the gates to the proposed Cuadrilla site. 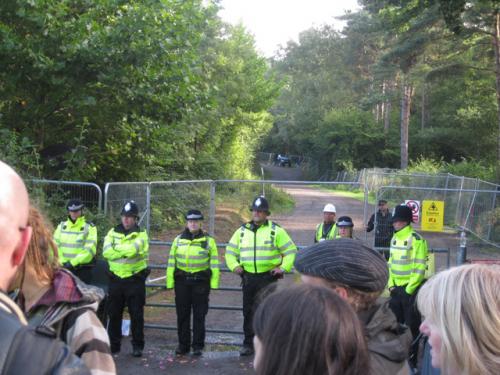 Not a drop to drink – thanks to fracking

But why are people drawn to camp out at Balcombe, often for weeks on end? Which of the many overlapping issues involved in fracking are galvanising the protests? For Josh Hemmings and his father, Bob, the answer was unequivocal: “It’s the water table,” said Bob. “My nephews, my nieces, my aunts, my uncle, my father, my great nieces – they all drink the water from around here. That’s the main reason I’m here.”

“It shows the corruption within the government as well,” added Josh. “Obviously, the people don’t want this and there are people, there are lobbyists, who are trying to get this through.” 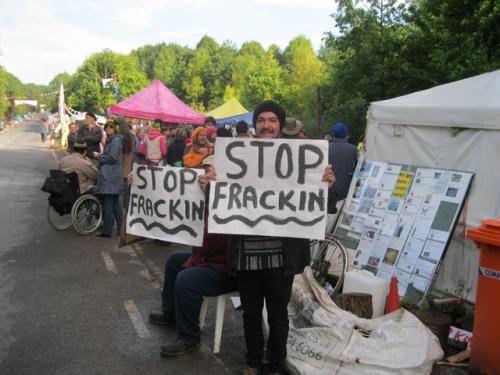 Bob also told me how the council had prepared the camp for the eviction. “I was here yesterday morning and they came down and did a ‘health check’! There were two people from the council, assisted by about eight policemen, and they were asking everybody if they were healthy and if they were well. Two hours later, they put the eviction notice on everybody!”

Stuart came to Balcombe from Dorset, a distance of 150 or so miles, and has been camping out for 5 weeks. His reasons for being here echo those of Josh and his father: “I came along to be part of the resistance to fracking,” he said. “My main concern is pollution of the water aquifer and subsequent pollution of drinking water and agricultural water.” 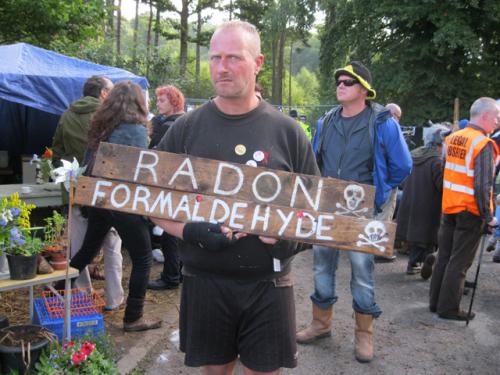 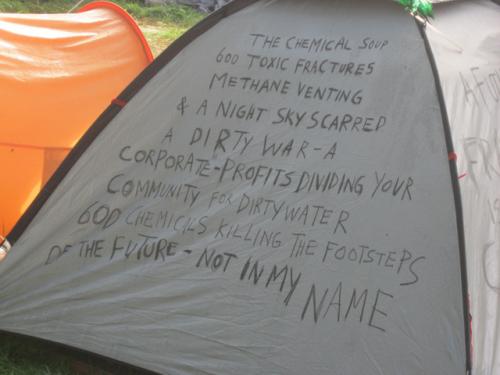 Stuart also gave a flavour of the camp’s atmosphere and ethos: “It’s been a peaceful protest, and we’ve had lots of children here. These are very committed people, very creative people, very focused people – and fun people as well!”

As if on cue, several protestors chose that moment to launch into a version of “The Hokey-Cokey” composed especially for Cuadrilla.

As the 10 am eviction deadline approached, the police began to ramp up their presence. 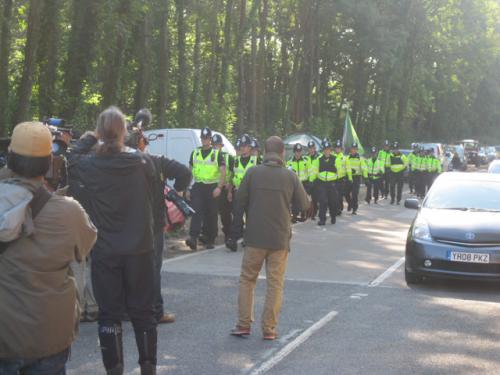 So many police vans turned up that they blocked the road. Ironically, keeping the road clear was one of the stated reasons for clearing the protest site, and protestors have apparently been arrested for blocking the carriageway! 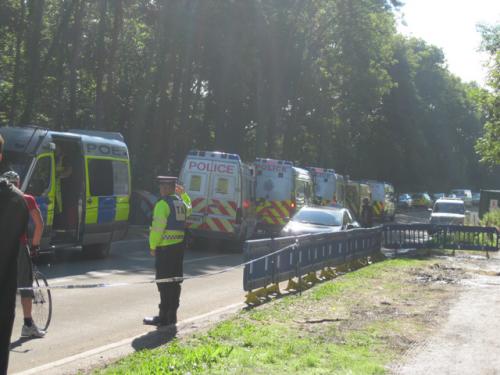 As the police massed around the gates, one protestor gave an impassioned speech via the protestors’ traditional medium – the megaphone – on why a 24-hour eviction notice was unjustifiable. I spoke to this man, who turned out to be Steve Hemmings from nearby Crawley, after he’d relinquished the megaphone. “My water comes out of Ardingly Reservoir. That’s why I’m here, as a concerned citizen of Crawley, doing my best to wake people up to the fact that we’re all about to be poisoned forever!

“West Sussex County Council, who are meant to be a democratically elected body, have basically sent people into a community that is 85% behind this camp and against the drilling...to say the protection camp’s got to go,” Steve told me. “They’ve cited all this ridiculous nonsense about road safety. All these issues could have been discussed with the camp. These barriers that they’re putting in to create this little area that we’re legitimately able to protest in...could have been installed up and down the road, and we could have spoken to people and been really clear that they’re not allowed in the road. We could have made a deal with the council to clamp down on any individual actions to prevent the road from being blocked. It’s obvious that word has come down from above that “You’ve got to get rid of these people!” It’s a militarised response to the legitimate concerns of a community.”

And of course, as Steve pointed out, Balcombe is only one of many proposed UK fracking sites. “Eventually, there’ll be so many boreholes, test sites and fracking sites going on that nobody’s going to get the opportunity to be a non-NIMBY”.

We shall not be moved!

As of today, one day after the eviction deadline expired, the Balcombe protection camp is still going strong. According to Frack Off, Sussex County Council’s supposed eviction order had no legal weight: “Despite media reports to the contrary, the Council has no powers to evict the camp and would need to go through a court process to try”. It appears that the council worked with the police to put on a show of force designed to intimidate the protestors into leaving. Although it resulted in several arrests, this tactic has failed – but the episode is a stark reminder that, in the UK of 2013, peaceful democratic protest is barely tolerated. 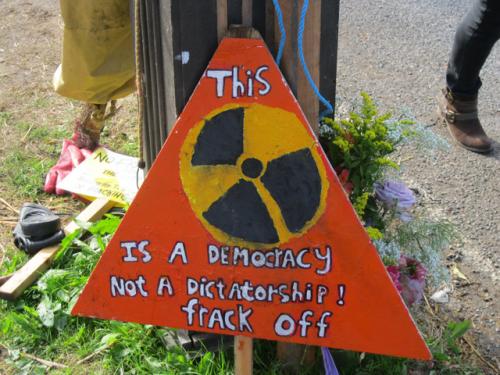 For us, the Balcombe protection camp is an inspiration and, we suspect, only the first salvo in a struggle between ordinary citizens and communities and the forces of rampant corporate greed and environmental destruction. We’ll give the last word to Steve, who encapsulated our thoughts perfectly: “A lot of people are here at the weekends, they’re here after work – this illusion of it all being a bunch of hippies and scroungers is absolute rubbish. And it’s scaring the life out of power! These people are speaking the truth to power, and power is being seen wanting.”